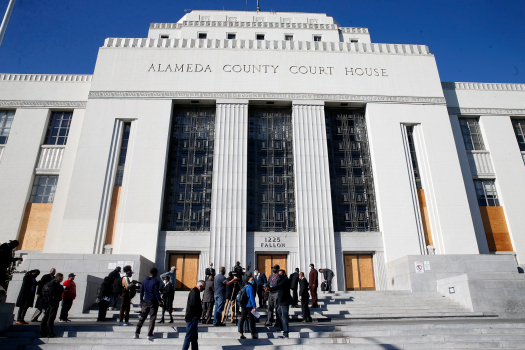 OAKLAND — Eight months after Alameda County District Attorney Nancy O’Malley announced she would not file charges against a police officer involved in the 2009 shooting death of Oscar Grant — one of the most high-profile police killings in Bay Area history — California Attorney General Rob Bonta said he will open an “independent review” of the officer’s actions.

Family members and their supporters have long pushed for charges to be brought against former BART officer Anthony Pirone, whom they blame for the circumstances that led to another officer killing Grant 12 years ago.

A statement issued Tuesday by the California Department of Justice said Bonta’s office is “committed to engaging in its own thorough and independent review of Pirone’s involvement in the incident.”

“Transparency is critical to building and maintaining trust between law enforcement and the communities we serve,” Bonta said in the news release. “The California Department of Justice is committed to conducting a thorough, fair, and independent review and will go where the facts lead.”

In the past, prosecutors said they didn’t have sufficient evidence to charge Pirone.

“Although Pirone’s conduct was aggressive, utterly unprofessional and disgraceful, it did not rise to the mental state required for murder,” O’Malley said in January when announcing that after further review no charges would be filed.

O’Malley had announced in October that she would reopen the case but her team’s investigation determined that Pirone “cannot be charged with murder or any other criminal offense.”

Grant’s family, as well as a slew of attorneys and community leaders, rejected that analysis. Dozens of elected officials, including governing bodies like the Oakland City Council, have written letters and approved resolutions supporting a deeper investigation into Pirone’s involvement.

Although Johannes Mehserle was charged with murder for fatally shooting and convicted of involuntary manslaughter, Grant’s family and the attorneys representing them say Pirone created “the climate of violence” by pinning Grant down with a knee to his neck. Pirone was the first to arrive on the Fruitvale station platform that night, followed by his partner, Officer Marysol Domenici.

“It was our position that Pirone was the real culprit,” civil rights attorney John Burris, who has represented Grant’s family members in civil cases, said in an interview Tuesday. “He’s the one who caused the whole thing to occur. If it wasn’t for him, there wouldn’t have been a shooting.”

Pirone said in a deposition that he had used force because Grant took a swing at him after refusing orders to stay seated.

But according to videos and to a 2009 BART internal investigation report released in 2019 in a public records request, Pirone was largely responsible for what led up to Grant’s shooting.

“The actions of Officer Pirone started a cascade of events that ultimately led to the shooting of Grant,” the report said. It found that when Pirone and Domenici first responded to the BART station that night, Pirone entered the train car without his partner, disregarded his training and rushed through the initial investigation.

At one point, Pirone called Grant a racial expletive, according to the report. Pirone is said to have punched Grant in the face, then kneed him in the head, applying pressure to Grant’s back to prevent his hands from becoming free.

When Pirone released his weight, Grant put his hands behind his back as instructed so he could be handcuffed, which is when Mehserle shot him. Mehserle contended afterwards he mistakenly thought he had grabbed his Taser.

“My son laid on the cold concrete with that Officer Pirone’s knee on his neck,” Grant’s mother, the Rev. Wanda Johnson, said in January after O’Malley’s announcement. “My son’s head was smashed against the wall and he was kicked and he was pushed. Pirone still walks around free today.”

Cephus X Johnson, Grant’s uncle, said in an interview Tuesday that he believes O’Malley failed in her duty to properly investigate and charge Pirone.

“It’s been a long 12 years, sitting in this justice system,” Johnson said. “It’s clear to anyone reading the (BART) report, that Tony Pirone should have been charged.”

Asked for comment Tuesday, District Attorney O’Malley issued a statement noting that her office will share the reports and other items that the Attorney General’s office needs.

She stood behind her earlier decision to not prosecute Pirone, noting that “we condemn Pirone’s conduct, but we cannot charge him with murder, or any other crime.”

She had said in January that her team “took our time, had many meetings, and delved deeply into the legal analysis before coming up with the conclusion that I have now reached.”

“We stand strong in our commitment to the fair, equitable and ethical administration of justice, including in case review and/or prosecution,” she said in a statement Tuesday.

Burris said he believes there was always evidence to charge Pirone with felony murder. While some lesser charges, such as assault under the color of authority, must be ruled out because of an expired statute of limitations, murder charges aren’t bound by the same expiration date.

Burris says “extensive” reports and files generated and saved over the last 12 years should contain enough cumulative evidence to sustain a murder charge.

“Closure is important here,” Burris said. “This has been very hurtful to the family, particularly (Oscar’s) mom. If some definitive position is taken by the attorney general’s office, I think it would help.”

“It doesn’t absolve the many years after Oscar was murdered — since we know many others Californians have been killed by police,” Johnson said, adding that if Pirone were held accountable, “for us as an immediate family, some sort of healing process can begin.” 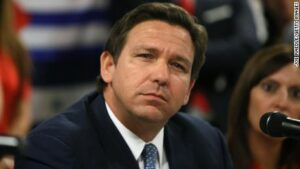 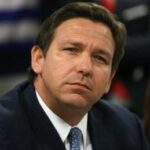 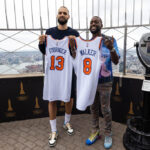