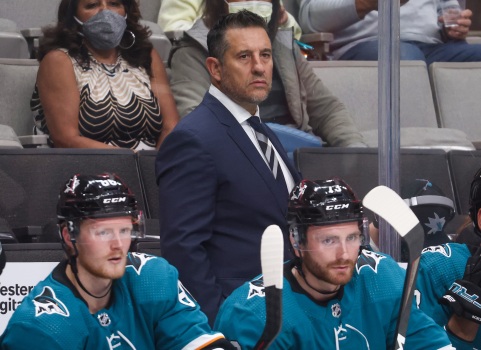 Bob Boughner was in a suit in the coaches’ room at SAP Center – just hours ahead of the Sharks’ game with the Winnipeg Jets on Oct. 30 – when he found out that he had tested positive for COVID-19.

Then, Boughner said, “it was chaos.”

Boughner, in his first public comments since Oct. 29, said Ray Tufts, the Sharks’ head athletic trainer, “came in and said ‘hey, you just tested positive, you have to go home.’ Obviously, until it happens, you never think you’re going to get it. I was doubly vaccinated. It’s a shock.”

Boughner said to his recollection, defensemen Jake Middleton was the first player to test positive, which set off a chain reaction in which all Sharks players and staff members, including himself, had to be tested again the morning of the Oct. 30 game.

Boughner said Middleton and Karlsson first felt symptoms on Oct. 29 before a team practice in San Jose and had to be sent home. The next day, Boughner, Middleton, Karlsson, and five other players would be in the NHL’s COVID-19 protocol, forcing the team to recall two forwards and three defensemen from the Barracuda just to be able to play a game against the Jets.

Now, after a nearly two-week wait, the Sharks are on track to have all of their NHL regulars back for a full practice on Friday in Denver.

Boughner, Middleton, Karlsson, plus Marc-Edouard Vlasic, Radim Simek, Timo Meier, Kevin Labanc and Matt Nieto, will skate again Thursday before they fly out. The Sharks play the Avalanche on Saturday, their third game of a five-game trip.

Boughner said he had head congestion for four or five days but was still able to remotely stay involved in the Sharks’ day-to-day operations.

“I say thank God for the vaccines because they worked,” Boughner said. “I didn’t get sick and I could still manage my day and go on fairly normal.”

Adding to the complications for Boughner late last month was that his parents, both senior citizens, were in San Jose and staying in his condominium.

“And then that starts a whole new set of fears and worries,” Boughner said. “Thank God they’re 11 or 12 days out and they’ve tested negative, so no problems there. But this is when real life hits you and you understand what people go through and how much it changes your life.”

Boughner said he moved into a hotel for a few days while his mom and dad, 68 and 72, respectively, arranged flights back home to Canada and to get tested for COVID.

“It was a crazy time,” Boughner said. “You’re worried about your team, we’re on a five-game homestand and all of a sudden, you’ve got seven players three trainers out and you’re just trying to put a game plan together (and figure out) how you’re going to survive this. That’s why I’m so proud of everybody’s efforts.”

The Sharks improved to 3-1-1 without Karlsson, Middleton, Simek, Vlasic, and Nieto — the players who have been in COVID protocol since Oct. 30 — with a 4-1 win over the Calgary Flames on Tuesday night.

Labanc and Meier entered the protocol before the Sharks played the Buffalo Sabres on Nov. 2. But forwards Andrew Cogliano and Jonathan Dahlen, who were among the first players on the COVID list, became eligible to play again after each had two negative tests.

While shorthanded experience-wise, the Sharks (7-4-1) banded together to keep pace in the Pacific Division when it could have easily gone the other direction. The Sharks enter Thursday’s game with the Jets at Canada Life Centre tied for fourth place with the Los Angeles Kings, three points back of the first-place Edmonton Oilers.

The team’s success has made it easier for Boughner and the COVID-affected players to watch from afar.

“I think that speaks to the depth in this organization,” Boughner said. “If something like this would have happened last year, I know the results wouldn’t have been the same or the year before that.”

Please check back for updates to this story. 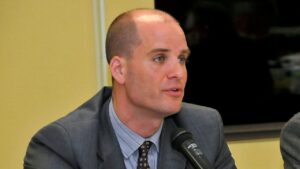 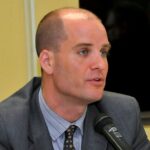 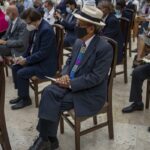 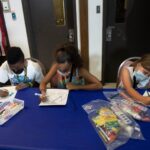