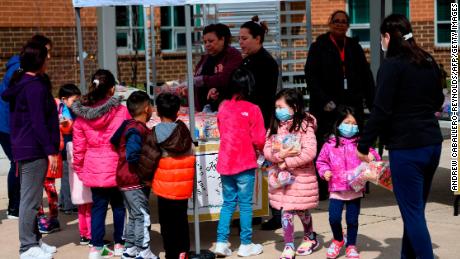 The standoff is most clear in Chicago, the nation’s third-largest school district, where schools have been fully remote since March 2020.
The Chicago Teachers Union (CTU) and Chicago Public Schools (CPS) have so far failed to reach an agreement on reopening plans. CPS CEO Janice K. Jackson and Chicago Mayor Lori Lightfoot have pushed for schools to open for in-person classes and insisted they can do safely, but the teachers union has resisted, citing concerns about health and safety.
The two sides are in a “cooling period” from negotiations as the teachers union has raised the possibility of a strike if the district retaliates against teachers who refuse to return to class.
Lightfoot said Thursday there was no deal to report after over 80 sessions with the union, but she said the ball was in the union’s court.
“These schools are open and safe and we are ready to welcome our students back. And frankly, they’ve been ready for some time,” she added. “We need our kids back in school. We need our parents to have that option.”
The CTU sent a letter to its Chicago public school parents saying their only concerns were about safety.
“We won’t stop advocating, and we won’t stop fighting until we win what our members, our students and their students deserve: a school reopening model that protects us all and gives you the confidence to send your children back into classrooms to safely learn and grow,” the union said.
Across the country, many schools haven’t had students in classrooms for almost a year — and with the rollout of vaccines and the introduction of new safety measures, some officials say it is time to go back.
But that plan is running into concerns from teachers about in-person learning, resulting in lawsuits and threats of strike action.

San Francisco sues its own school district and board

On Wednesday, the city of San Francisco brought a lawsuit against the city’s school district and the school board for “failing to come up with a reopening plan that meets state requirements,” according a statement from City Attorney Dennis Herrera.
“The Board of Education and the school district have had more than 10 months to roll out a concrete plan to get these kids back in school. So far they have earned an F. Having a plan to make a plan doesn’t cut it,” Herrera said. 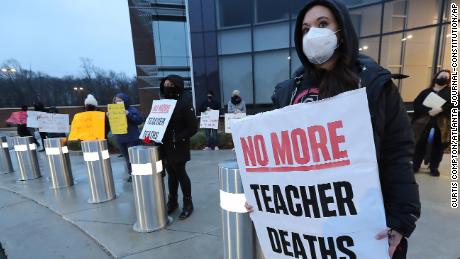 in stock
VIEW
San Francisco Unified School District (SFUSD) Superintendent Dr. Vincent Matthews rejected the criticism and said that the schools were being improved to reopen as the city’s lawsuit was announced.
“I was actually supposed to be part of a walk-through today but instead I am here addressing what I would call a frivolous lawsuit,” Matthews said in a virtual press conference.
In New Jersey, the school district in Montclair planned to reopen last week, but canceled in-person learning when the teachers’ union cited safety concerns. Now, the school district is suing the union to force a return to some in-person school.
“If we maintain the status quo, no one prevails,” Montclair Schools Superintendent Jonathan Ponds wrote in a letter to parents and staff.
“Our staff is discouraged and defeated. Our parents are frustrated. There is a rift in the relationship between our community and our educators. “When forced to make a decision between competing interests, I will always do what is best for our students.”
The Montclair Education Association said in a Facebook post that its teachers also wanted to go back to the classroom, but needed to consider safety for themselves, their students and their families first.

The US Centers for Disease Control and Prevention has designated teachers in the 1b priority category for vaccinations; and while that means in many states they are not yet eligible to be inoculated, the agency’s director says that does not mean students can’t go back safely. 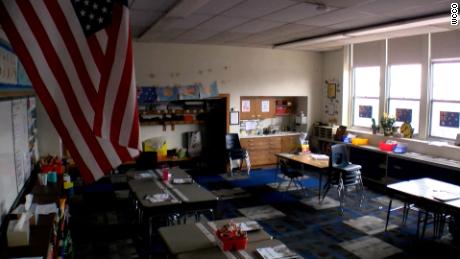 “There is increasing data to suggest that schools can safely reopen,” Dr. Rochelle Walensky said during a White House news briefing on Wednesday. “Vaccination of teachers is not a prerequisite for safe reopening of schools.”
And according to a new study by the Rockefeller Foundation, the implementation of physical distancing, universal masking and weekly rapid antigen screenings can greatly reduce infections among staff and students.
But some governors are encouraging quicker vaccination of teachers to get instruction back on school grounds.
West Virginia Gov. Jim Justice announced on Wednesday that the state has successfully vaccinated all teachers and staff over age 50 who said they wanted the Covid-19 vaccine. The process started on January 5.
Ohio Gov. Mike DeWine and Maryland Gov. Larry Hogan have both set March 1 as a goal to get students back in school. DeWine has offered to vaccinate all teachers and school staff members in February ahead of his deadline, provided those districts have committed to reopening for full in-person or hybrid models.
“Our children simply cannot afford anymore endless roadblocks, or anymore moving of the goalposts,” Hogan said in a January 21 statement. “The times has come to get all of our kids back in the classroom, and to open the schools.” 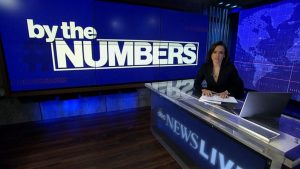 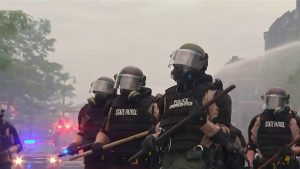