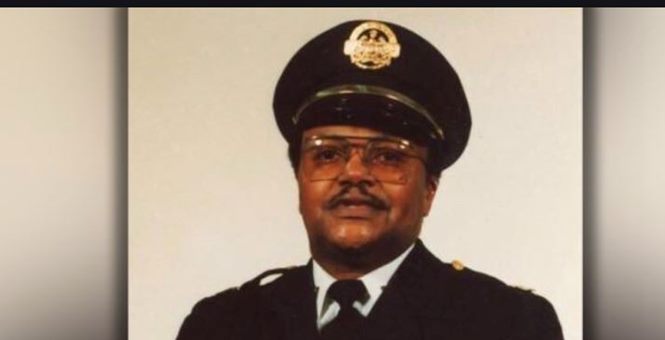 Black lives matter, and that should include the lives tragically lost in the riots following the horrific police killing of George Floyd. The riots have destroyed black lives, black livelihoods, and black monuments. As Black Lives Matter activists continue to repeat the names of unarmed black men and women killed by police, Americans should respond with the litany of victims killed in the George Floyd riots.

Some of these victims died at the hands of police, but in every case, the riots created the tense situations that led to their deaths. Left-leaning commentators continue to insist the protests were “mostly peaceful,” and it is true that the vast majority of people in the streets — especially during the day — were peaceful protesters. However, many instigators used large crowds as an opportunity to loot, vandalize, and destroy. Portland journalist Andy Ngo has explained how antifa instigators weaponize such situations, and some “Boogaloo” extremists may have done the same.

While the protests were peaceful, extensive riots across America emphatically were not. These riots came with a death toll of at least 20 people.

Looters who broke into a pawn shop ran into David Dorn, a 77-year-old retired St. Louis police captain, on June 2. Dorn was checking on a burglar alarm. That night in St. Louis, rioters shot four officers, burned and looted businesses, and threw rocks at police.

😢Louisville Barbecue Owner Killed in Police Shooting Fed a Food Desert. David McAtee is remembered as a man who reached out to his mostly black community through his cooking. https://t.co/gFs4cwifJP via @LolisEricElie pic.twitter.com/6ZORBQ6aQ4

Police and National Guard troops were trying to clear a crowd in Louisville, Ky., when they heard gunshots and returned fire on May 31. David McAtee, the 53-year-old owner of a barbecue restaurant, was shot and killed. Police said a surveillance camera captured McAtee firing a gun as officers approached.

Police released a video of the shooting. “We are releasing it to provide transparency. It does not answer every question,” Interim Louisville Metro Police Chief Robert Schroeder said of the video. “Why did (McAtee) fire? And where were police at the time he fired? We know these are questions the community is asking, and we are asking these same questions ourselves.”

Andy Ngo: Do Politicians Really Want Police to ‘Let the Rioters Destroy and Kill’ With Impunity?

His name is Chris Beaty. He was a 38 year old former football standout at Indiana University. He was a prominent businessman in Indianapolis. He was MURDERED while saving two women from being mugged during the riots! Again, no suspects have been arrested. HIS LIFE MATTERED! R/T pic.twitter.com/5q2U74Fc91

Chris Beaty, 38, played football for Indiana University and was known as “Mr. Indianapolis.” He was shot and killed on the street in downtown Indianapolis on May 30 during a protest.

Jared Thomas, Beaty’s nephew, said Mr. Indianapolis was helping two women who were being mugged when he was shot, the Indianapolis Star reported.

#UPDATE: Family of 18-year-old Dorian Murrell provided pictures of the teen killed Sunday morning in downtown.
His family believes Murrell got into an argument with 19-year-old Tyler Newby over unknown reasons and Newby shot Murrell multiple times.
Newby is now behind bars. pic.twitter.com/dDLfZRbWQY

Also on May 30 in Indianapolis, 29-year-old Tyler Newby shot and killed 18-year-old Dorian Murrell, Fox 59 Indianapolis reported. Newby told police he had shot Murrell after Newby and a friend picked up a gas canister on the ground as they walked downtown after the protests. Newby claimed they were approached by a group of about 10 men. He said he was pushed to the ground and found Murrell standing over him, so he shot Murrell.

Newby has been charged with murder.

This is Italia Kelly. From what I understand, she was peacefully protesting when the violence started and she tried to leave the scene but was shot in the back by other protesters. She was 22 pic.twitter.com/YC2aNWksxd

On May 31, 22-year-old Italia Marie Kelly was trying to get into a friend’s car to leave a George Floyd protest in a Walmart parking lot in Davenport, Iowa. She got shot and died later that evening. The Davenport Police Department arrested 21-year-old Parker Marlin Belz and charged him with first-degree murder in the case, the Des Moines Register reported.

Marquis Tousant, 23, was shot and died that same night in Davenport. He was found dead near where police said one or more persons fired 13 shots at an unmarked police truck investigating a suspicious car in an alley, the Des Moines Register reported. The officer who drove the truck was shot in the leg.

Senate Democrats Try to Shove the Riots Down the Memory Hole 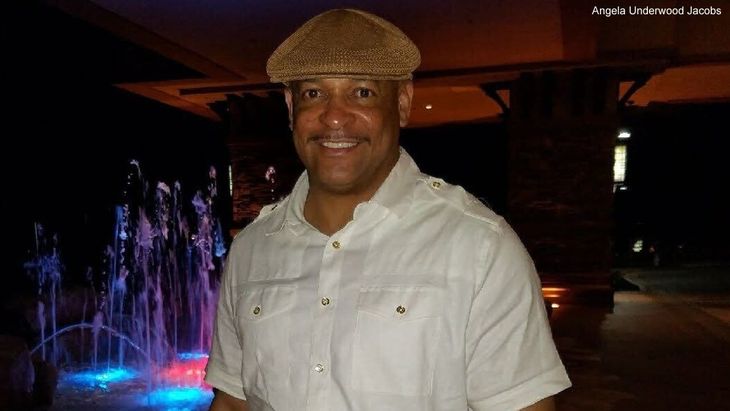 Fifty-three-year-old federal officer Patrick Underwood was working security at a U.S. courthouse in Oakland, Calif., during a protest when someone opened fire from a vehicle. The shooting critically wounded another officer. The building’s glass doors were mashed and the front entrance sprayed with anti-police graffiti.

Calvin Horton Jr., a 43-year-old black man, was fatally shot outside a Minneapolis pawn shop on May 27. The 59-year-old owner was booked into jail on suspicion of murder but later released, the Minneapolis Star-Tribune reported.

Have you seen this billboard? It’s at the Southeast corner of 72nd and Dodge streets.

I spoke with James Scurlock’s family as they saw the billboard for the first time.

Twenty-two-year-old black man James Scurlock reportedly shoved bar owner Jake Gardner to the ground on Saturday, June 6 in Omaha, Neb., Fox 6 reported. Gardner fired shots into the air as people shoved him to the ground. Scurlock jumped on Gardner, who fired the gun over his shoulder, hitting Scurlock. Authorities declined to press charges in the death, calling the shooting self-defense. However, Gardner may still face misdemeanor gun charges because his concealed carry permit for the gun had expired.

The ACLU Nebraska helped to orchestrate a billboard calling for “Justice for James.”

Twenty-one-year-old black man Javar Harrell was reportedly sitting in the driver’s seat of a car in a parking lot with two others when someone fired shots into his vehicle and then ran away during a protest in Detroit on June 5. Detroit police released photos of the suspected killer, a man in a surgical mask with a dark hooded sweater.

In St. Louis on May 30, 29-year-old Barry Perkins III died after climbing between two trailers of a FedEx truck during a protest on the highway, I-44. Protesters stopped the driver, but the driver took off when people began looting one of his trailers. Lawyers for Perkins’ family said he was peacefully protesting Floyd’s death, rather than looting.

Hours before the protest started, he wrote, “Be ready for war. Do not cower in the face of revolution,” the Las Vegas Sun reported. Unlike other protesters, Gomez was reportedly carrying several guns and wearing body armor.

Amid rioting in Chicago on June 1, people started breaking into businesses in the Cicero neighborhood. As looters ransacked local businesses, 28-year-old Jose Gutierrez was fatally shot. Police have charged Zion Haygood with first-degree murder in the shooting, the Chicago Sun-Times reported. Police said Gutierrez was a bystander, not involved in the looting.

That same night in Chicago, someone shot 27-year-old Victor Cazares Jr. in a separate incident near a grocery store.

On May 31 in Kansas City, Mo., three carjackers attempted to steal a car. In the process, they shot 50-year-old Marvin Francois, Fox 4 KC reported.

‘Break This Up’: Father of CHOP Shooting Victim Wants the National Guard to Restore Order

On June 2, a suspected looter attempted to break into a gun shop in Philadelphia. Greg Isabella, the owner of the shop, shot and killed the man after seeing a group of looters on his surveillance video. The looters had broken a padlock on his gate, using bolt cutters.

“The facts we know and the law are clear that the business owner’s use of force while inside his own property against a burglar accompanied by others who was entering with a gun in his hand was justified,” Philadelphia District Attorney Larry Krasner said. “It is fortunate for the City of Philadelphia that this large cache of guns and ammunitions were not taken and sold on the street.”

That same night, a 24-year-old looter died while trying to blow up a sidewalk ATM in Philadelphia.

On Saturday, June 20, a shooting around the Capitol Hill  Occupied Protest (CHOP) in Seattle, Wash., claimed the life of 19-year-old Horace Lorenzo Anderson. The man’s father, who shares the same name with his late son, called for the National Guard to put an end to CHOP following his son’s tragic death.

On June 28, 16-year-old Antonio Mays Jr. drove a Jeep to CHOP, seeking safety after having carjacked the vehicle. A friend told him he would find “safety” at the cop-free zone. Instead, CHOP “security” fired into the vehicle, killing Mays and injuring his passenger, a 14-year-old boy. Both the teens are black.

Mayor Jenny Durkan (D-Seattle) finally sent in police to break up CHOP on July 1. In her order, Durkan acknowledged that CHOP — which she had originally defended as a peaceful protest and even praised as a potential “Summer of Love” — had caused a spike in coronavirus cases and a crime wave. Following the establishment of CHAZ/CHOP, Seattle saw “an increase of 525%, 22 additional incidents, in person-related crime in the area, to include two additional homicides, 6 additional robberies, and 16 additional aggravated assaults (to include 2 additional non-fatal shootings) between June 2nd and June 30th, 2020, compared to the same period of time in 2019.”

I talked to Katelyn Hoberecht, vet clinic co-worker of Summer Taylor, dead at 24: “Staying out all day and night (at the protests) while still working full time taking care of animals . . .the most ecstatic human being I have ever met . . .” https://t.co/Lj8iwpet8m pic.twitter.com/ifCxWR3JDI

On Friday evening, July 3, protesters in Seattle thought it would be a good idea to block a highway. On Saturday morning, a car careened into protesters, striking 24-year-old Summer Taylor, who died that evening at Harborview Medical Center, NPR reported. Another protester, 32-year-old Diaz Love, remains in serious condition.

Police arrested the driver of the white Jaguar sedan that careened into protesters, but officers said the suspect was not impaired.

Some of these people were victims pure and simple, either defending their own property (as in the case of David Dorn) or just in the wrong place at the wrong time. Others took part in the lawless acts of rioters, and that lawlessness led to their own deaths.

It may be impossible to capture every single life lost in the George Floyd riots, and this list will be updated as new cases arise. This list also does not include the deaths across the country from an uptick in crime following the withdrawal of police in various cities.

Yet these twenty deaths are notable. Journalists, politicians, and activists should consider the potentially tragic results of lawless rioting. 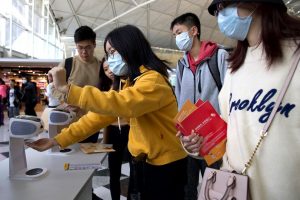 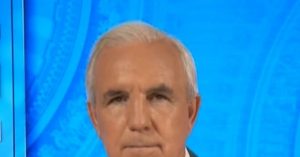 Miami Mayor Gimenez: 'Protests Had a Lot to Do with' Florida Coronavirus Spike