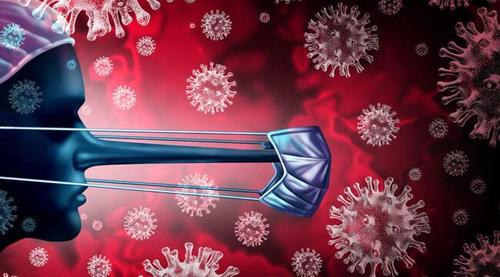 Then He Said You Could Take Them Off. Now, He Says It’s Time to Put Them on Again…

Just over a week ago President Biden told us that if we got the vaccine we would not get Covid. Then a few days later his own CDC released data from a Massachusetts study showing that 78 percent of the people who caught Covid were fully vaccinated. Is it any wonder Americans have lost all faith in “the science” as it pours forth from the politicized “scientists” in charge of US public health institutions?

The US mainstream media has morphed into a de-facto arm of the Biden Administration, however, covering up for all of these lies and word-games and holding precisely no one in government accountable. So much for a free media acting as a check on government power.

Health officials continue to lose credibility over COVID-19. They seem to change their minds daily based on whim rather than science. But that’s been the case since the pandemic started.

Going back to last January, official comments on COVID have been mostly wrong. The comments were either outright lies or were prescriptions based on politics, not medicine.

In January 2020, the World Health Organization said there was no human-to-human transmission of COVID. They knew better because of data from China, so that was a lie. Dr. Anthony Fauci said there was little risk of COVID coming from China to the U.S. Another lie.

Then, over the course of 15 months, Fauci said not to wear masks, then he said to wear them, then he said you could take them off. Now, he says it’s time to put them on again.

Fauci is an over-the-hill bureaucrat, not a true scientist. His greatest skill has been successfully navigating the Washington swamp for the past four decades. He’s heavily conflicted because he owns patents on inputs to the vaccines.

He also has a lot to hide, because he funded the Wuhan laboratory coronavirus research in the first place. The science is clear that masks don’t work (because the virus is far smaller than the mask weave), and lockdowns don’t work (because people indoors in confined spaces spread the virus faster than people outside who are in motion).

Masks are positively dangerous for children because they force you to breathe your own CO2, which causes dizziness, lethargy, inability to focus and can cause people to pass out. The latest lie is Biden’s call for vaccine mandates for federal workers or weekly testing, masking and distancing.

The White House had repeatedly said there would be no federal vaccine mandates. It’s true that there is no single mandate that applies to all Americans. But there are now hundreds of mini-mandates that add up to the same thing.

When you add it all up, we’re turning into a society of vaxxed and unvaxxed where the latter are denied the opportunity to work, attend school, go out for a show or sporting event and so on.

“There is no vaccine mandate,” they’ll say. But in reality, the unvaccinated will be treated as second-class citizens who can’t live regular lives or participate fully in society.

Why Are So Many Vaccinated People Getting Sick?

This is all over so-called vaccines that are really experimental gene modification treatments with dangerous side effects and limited efficacy since many vaccinated individuals are now being infected again. The vaccines won’t stop you from getting the virus or from spreading it.

In one Massachusetts town, for example, 74% of new cases have already been vaccinated. Data from overseas is even more revealing since many countries report new cases daily, which doesn’t allow for the type of data manipulation U.S. health agencies often engage in.

The data reveal that rates of severe cases among the vaccinated are currently as high as the unvaccinated’s rate just two weeks ago.

The Israeli Prime Minister, Naftali Bennett, warns that cases may quadruple within three weeks and that authorities are preparing for new lockdowns (even though lockdowns have proven to be ineffective against stopping the virus).

Most Israelis have taken the Pfizer vaccine, incidentally.

But why should these vaccines stop you from getting the virus or from spreading it? Again, these aren’t vaccines in the traditional sense, which introduce weakened or inactive parts of a virus, against which your body produces antibodies.

Instead, these COVID vaccines introduce mRNA (messenger RNA) into your muscle cells. The cells then reproduce the spike protein. These vaccines are, therefore, a form of gene therapy.

Fauci has said that the recent surge in infections is a “pandemic of the unvaccinated,” that 99% of deaths were unvaccinated. But that’s another lie. The CDC’s own data indicated that 15% of fatalities occurred among the unvaccinated during the period in question. There’s reason to believe the actual figures are higher.

But the demands for universal vaccination continue. The American Medical Association (AMA) has reported that 96% of practicing physicians are fully vaccinated, based on a poll of 300 respondents.

The point is to try to convince those who aren’t vaccinated that if almost all doctors are vaccinated, you should be too. But a separate survey of 700 participants conducted by the Association of American Physicians and Surgeons (AAPS) revealed that nearly 60% of respondents said they were not “fully vaccinated.”

Which numbers do you believe are more likely?

At the same time, health authorities have suppressed cheap, effective therapeutics like Ivermectin and hydroxychloroquine that can significantly reduce COVID hospitalizations and deaths. These drugs have been around for decades and are extremely safe.

But the alphabet soup of health agencies says they need more testing before they can be approved. Yet these are the same people who are shoving experimental gene therapy down people’s throats, which were rushed through on an emergency basis without the usual testing that takes years.

Any health professional who cites the benefits of these therapeutics can be banned from social media, despite numerous clinical studies that demonstrate their effectiveness, especially if used in the early stages of illness. They aren’t magic bullets, but the data indicate they provide substantial benefit.

Why are public health authorities so determined to suppress these cheap but effective therapeutics? Well, you might want to follow the money.

The FDA granted emergency use approval for the vaccines. But for the FDA to grant that emergency approval, “no formally approved alternatives” can be available at the time.

If these other therapeutics were deemed effective, the vaccines couldn’t be rushed through on an emergency basis. And a lot of powerful interests stood to profit from the vaccines. They wouldn’t profit from off-patent therapeutic drugs that might cost pennies per pill.

It’s a Brave New World, and it’s not going away soon.

Reprobate and “rejected” are the same word here. Webster’s dictionary defines this word as “not enduring proof or trial; not of standard purity or fitness; disallowed; rejected.” 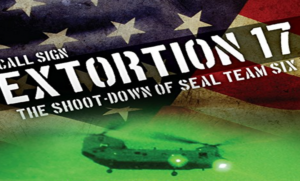 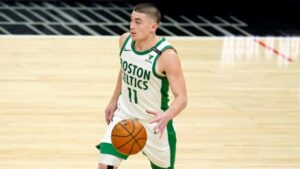