You’ll soon be able to. A federal judge on Tuesday struck down the state’s ban on certain “offensive” vanity plates, ruling that the prohibition violates free speech rights.

Although creative personalized plates regularly make their way through a review process, some never get past the Department of Motor Vehicles. The state agency prohibits plates it deems to be “offensive to good taste and decency,” including those with sexual connotations; vulgar, insulting or degrading terms; profanities; or “negative connotations to a specific group.”

But illicit messages may soon pervade the roadway after U.S. District Judge Jon Tigar in Oakland ruled that the DMV “unconstitutionally discriminates” with its guidelines for deciding personalized plates.

“It really goes to show that when you give department officials the discretion to ban everything that they believe ‘offensive to good taste and decency,’ they will necessarily make subjective and arbitrary results,” said Wen Fa, attorney for the Pacific Legal Foundation, which backed the case. “This decision could have important ramifications in the free speech world.”

News of the victory thrilled Paul Chris Ogilvie, one of five people who brought the case against the DMV after his license plate was denied. Ogilvie had requested the plate “OGWOOLF,” a combination of a nickname his Army drill sergeant riffed off his last name, “OG,” and what his friends at home call him, “Woolf.” The DMV denied his application since the configuration “contained a gang reference,” the court ruling said. “OG” can mean “original gangster.”

“To be able to get those on my plates, I was so excited about it,” said Ogilvie, who sports three wolf tattoos. “And then to be dashed by gang affiliation, I was like, ‘You got to be kidding me!’”

The DMV did not immediately respond to requests for comment.

The court ruling does not prohibit the DMV from potentially banning certain words that fall out of the scope of the 1st Amendment — such as profanity and hate speech — but the court recognized that some surprising license plates might soon abound.

“Of course, not regulating for taste means allowing speech that many — including this Court — might find in poor taste or even offensive,” the ruling said.

The DMV charges $53 to personalize a license plate and $43 for an annual renewal; most proceeds go toward state environmental projects, according to the court ruling. The DMV processed 233,791 applications in 2019 — slightly fewer than in 2018, when the DMV denied over 30,000 of its 249,000 requests, according to the suit.

“What we don’t know at this point is whether the DMV will enact a new, perhaps more narrowly crafted regulation, so I think that would have some impact on the number on the road,” Fa said. “But certainly a lot of license plates that were rejected in the past would be approved.”

Four other plaintiffs in the case also had their license plate applications denied “on the basis of nothing more than a whim and a hunch,” a Pacific Legal Foundation news release said:

The DMV’s criteria for ruling on the cases “unconstitutionally discriminates on the basis of viewpoint,” Tuesday’s court order said.

“Regulations governing speech on California’s environmental license plates therefore must be both viewpoint neutral and reasonable,” the court order read.

The court also said the DMV’s denial of license plates was “not uniformly followed.” For example, the DMV expressly ruled that the number “69” only be used in reference to cars made in 1969. But a few cases slipped through, including “69 LUV N.”

“Arguably the configuration most likely to be interpreted as a sexual reference [it] was accepted because the applicant described the meaning as ‘loving my 69 GMC,’” the court ruling said. “Even the straightforward ban on the number 69 has been arbitrarily applied.”

It may be a while until the new framework takes effect: The DMV has temporarily suspended its personalized plates program while California is in a state of emergency. In fight with COVID-19, L.A. County faces 'most alarming metrics we've ever seen' 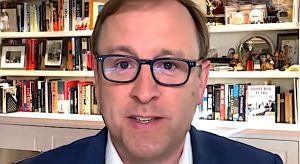