Robert Reich: Coronavirus Is Creating a New Class Divide That Threatens Us All | Opinion 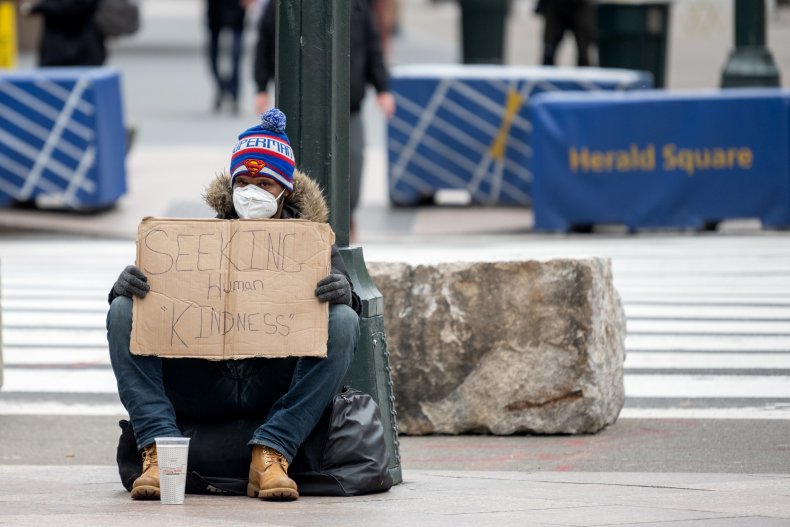 These are professional, managerial and technical workers—an estimated 35 percent of the workforce—who are putting in long hours at their laptops, Zooming into conferences, scanning electronic documents and collecting about the same pay as before the crisis.

Many are bored or anxious, but they’re well off compared with the three other classes.

Their vulnerability is generating a wave of worker activism at businesses such as Instacart, Amazon, Walmart and Whole Foods. Mass-transit workers are organizing work stoppages.

They’re an even larger group than the unemployed—whose ranks could soon reach 25 percent, the same as in the Great Depression. Some of the unpaid are furloughed or have used up their paid leave. So far in this crisis, 43 percent of adults report they or someone in their household has lost jobs or pay, according to the Pew Research Center.

An estimated 9.2 million have lost their employer-provided health insurance.

Many of these jobs had been in personal services that can’t be done remotely, such as retail, restaurant and hospitality work. But as consumers rein in spending, layoffs are spreading to news organizations, tech companies and consumer-goods manufacturers.

The unpaid most need cash to feed their families and pay the rent. Fewer than half say they have enough emergency funds to cover three months of expenses, according to a survey conducted this month by Pew.

So far, government has failed them, too. Checks mailed out by the Treasury last week are a pittance. Extra benefits could help, but unemployment offices are so overwhelmed with claims that they can’t get money out the door. Loans to small businesses have gone largely to big, well-connected businesses, with banks collecting fat fees.

Last Wednesday, Republican Senate Majority Leader Mitch McConnell said he is opposed to any further federal aid to state and local governments, suggesting states declare bankruptcy instead. Which means even less money for unemployment insurance, Medicaid and everything else the unpaid need.

The resulting desperation is fueling demands to “reopen the economy” long before it’s safe. If it comes down to a choice between risking one’s health and putting food on the table, many will take latter.

While much of New York City is sheltering at home, for example, more than 17,000 men and women, many already in poor health, are sleeping in roughly 100 shelters for single adults.

All such places are becoming hot spots for the virus. These people need safe spaces with proper medical care, adequate social distancing, testing for the virus and isolation of those who have contracted it. Few are getting any of this.

A homeless person wearing gloves and a protective mask sits with a sign that reads “Seeking Human Kindness” amid the coronavirus pandemic on April 19 in New York City. Alexi Rosenfeld/Getty

An Associated Press breakdown of available state and local data showed close to 33 percent of coronavirus deaths so far are African-American, despite representing only 14 percent of the total population in areas surveyed. The Navajo Nation already has lost more to coronavirus than have 13 states. Four of the 10 largest-known sources of infection in the United States have been correctional facilities.

These three groups aren’t getting what they need to survive this crisis because they don’t have lobbyists and political action committees to do their bidding in Washington or state capitals.

The Remotes among us should be concerned, and not just because of the unfairness of the COVID-19 class divide. If the Essentials aren’t sufficiently protected, the Unpaid are forced back to work earlier than is safe and the Forgotten remain forgotten, no one can be secure. COVID-19 will continue to spread sickness and death for months, if not years, to come.

Robert B. Reich is an American political commentator, professor and author. He served in the administrations of Presidents Gerald Ford, Jimmy Carter and Bill Clinton. Reich’s latest book, The System: Who Rigged It, How We Fix It, is out now.

The views expressed in this article are the author’s own 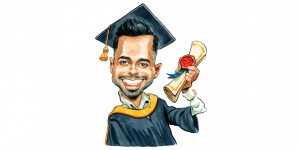 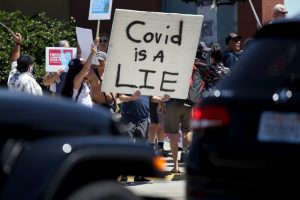