Some California businesses are expected to be able to reopen beginning Friday in the first major lifting of the state’s stay-at-home ban, which has been in effect for nearly two months.

But the extent of this shift is going to depend on regional conditions, and it still remains unclear how quickly Los Angeles County will see significant changes.

Officials in both Los Angeles and the Bay Area — where the coronavirus has hit the state hardest — have urged caution in reopening. They say lifting stay-at-home orders too early could cause more outbreaks and hurt the economy further in the long run.

On Tuesday, Garcetti said he supports working in the next few days and weeks on the reopening of “low-risk spaces,” such as trails.

Garcetti did say wholesale flower distributors have been allowed to reopen, under certain circumstances, because they are exempt from the state’s COVID-19 orders as agricultural businesses.

Flower markets are being monitored, and they could be shut down if they do not follow the city’s social-distancing guidelines. Sunday is Mother’s Day, which is regarded as one of the busiest times of the year for florists.

Garcetti said Monday that different cities would need to take different steps to emerge from the pandemic-induced shutdown and that city and county officials were still trying to determine the safest course.

“Our timing on opening may vary from other parts of the state,” he said. “I will reopen our city with careful consideration, guided by public health professionals.”

The mayor said he did not expect city businesses to be able to offer curbside delivery on Friday in step with Newsom’s outline. L.A.’s Safer at Home order is in effect until May 15 and Garcetti said that he hoped steps restricting commerce could begin to be rolled back by then.

Los Angeles County has been hit harder than other region in California, and that has heightened the concerns about reopening too early.

Los Angeles County officials confirmed 58 new COVID-19 deaths Tuesday, bringing the number of coronavirus-related fatalities in the county to 1,313. Of those who have died, 647 were living in institutional settings — the majority of which were nursing facilities.

Officials reported an additional 1,638 cases — a high number largely caused by a backlog in data reporting. So far, there have been 27,815 confirmed coronavirus infections in the county.

Still there have been some hopeful signs.

Los Angeles County, home to 55% of California’s COVID-19 deaths despite having only one-quarter of the state’s population, saw its reported weekly death toll flatten for the first time: 315 deaths in each of the past two weeks.

Los Angeles schools will start fall classes on Aug. 18, but no decision has been made on whether campuses will reopen by that date, Supt. Austin Beutner said Monday.

Education officials in L.A. and across California are wrestling with how and when to bring the state’s 6.1 million students back to campuses that have been shuttered since mid-March — as they continue to adjust to the difficulties of distance learning and move to strengthen online summer school offerings.

In his remarks Monday, Beutner noted that it’s difficult to set a timetable for reopening campuses.

“The timing remains uncertain because the science is still uncertain,” Beutner said. “At a minimum, a comprehensive system of testing and contact tracing will need to be in place and the implications of the testing widely understood before schools can reopen.”

The district is in discussions with state and local health authorities and working with a team of UCLA experts in infectious diseases, virology, epidemiology and testing to guide them on reopening scenarios.

Such guidance is “critical,” he said, “because it will be the science, and only the science, which can provide a foundation for the safe return of our school community.”

Newsom on Tuesday tried to set expectations, stressing that social-distancing practices would remain in place as more people would be put at risk when restrictions were lifted.

“We have to maintain the core construct of our stay-at-home orders,” he said at a news conference. 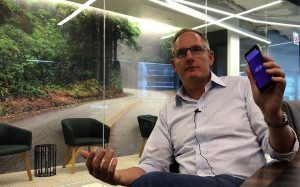 Cars.com lays off 170 employees to cut costs during COVID-19 pandemic