Rangers' Mika Zibanejad says slow start was due to COVID-19

Mika Zibanejad finally admitted to the media Monday that yes, the slow start to his season was largely due to his having had COVID-19 in training camp.

“It was a unique situation, obviously, having COVID, and having one practice before the season really started,’’ Zibanejad said, as the players cleaned out their lockers and had their exit meetings. “I think I tried to tell myself that it wasn’t, that I was feeling good, and I was feeling fine. But it wasn’t easy. I didn’t really feel up to speed after that, and it took me a while to kind of get back, just physically and mentally.

“And I didn’t want to have anything to, to kind of have an excuse or whatever,’’ he continued. “I didn’t want to tell myself that and kind of just give myself an excuse. And I think that was the reason I didn’t talk about it as much as people asked me about it.’’

Zibanejad started the season with two goals and six assists in his first 22 games, yet finished with a team-high 24 goals and 26 assists (for 50 points) in 56 games. He was one of three players to play in all 56 games.

The Rangers announced Monday they had signed defenseman Ryan Lindgren to a three-year contract extension. Cap Friendly said the deal was for a total of $9 million, a per-season cap hit of $3 million. Lindgren, who spoke before the deal was announced, was also named the winner of the Rangers’ Player’s Player Award, as voted by his teammates.

“It’s a huge honor,’’ Lindgren said of the award. “Having guys on the team vote for you – and, you know, obviously there’s a lot of guys that could have easily won this award. I’m very honored and it definitely means a lot to me.’’

Lindgren missed the final five games of the season with an upper body injury after a collision with the Islanders’ Cal Clutterbuck, but he said now he is “feeling better each and every day.’’

Adam Fox was named the team’s Most Valuable Player and Brendan Smith was named the winner of the John Halligan Good Guy Award, in recognition of his helpfulness to and cooperation with the media. Both awards were voted on by the local media.

“To be voted MVP by the media for this team it’s definitely special,’’ Fox said. “I think everyone on this team just tries to play well and help the team win in any way they can. And for me to get recognized like that is special for me.’’

Chris Kreider, who missed the season’s final six games, said he had “an impact-based injury’’ that was a lower back-related issue. He said the timing of his injury “was one of the more frustrating things that I’ve ever dealt with in my pro career.’’ 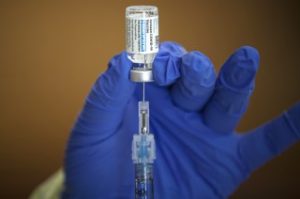 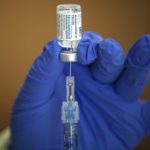 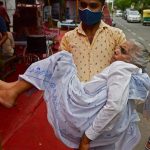 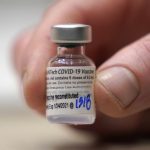 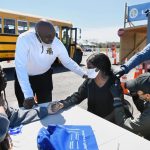 Pfizer COVID-19 shot expanded to U.S. children as young as 12