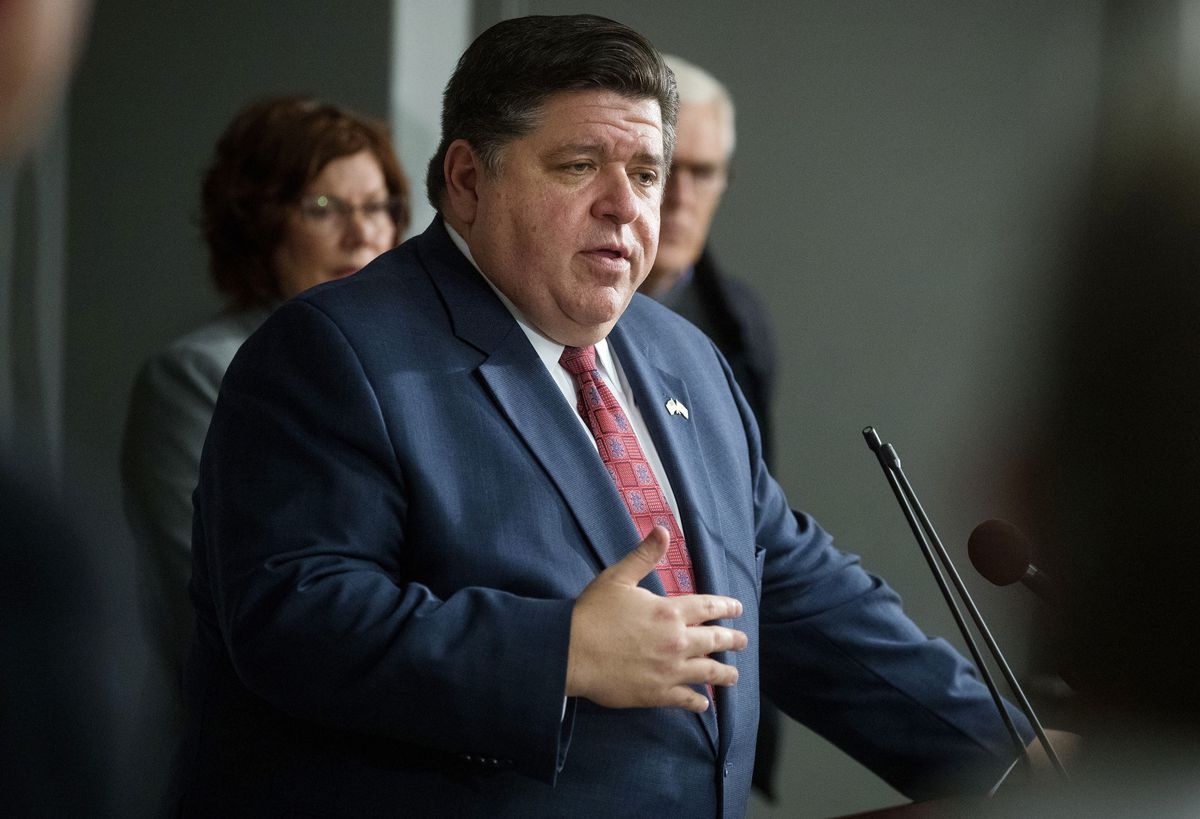 Gov. J.B. Pritzker urged bars and restaurants Friday to continue to follow guidelines to prevent the spread of the coronavirus as the state announced an additional 868 cases ahead of the July 4 holiday. AP

As the state announced 18 more coronavirus-related deaths Friday and more than 800 new cases, Gov. J.B. Pritzker urged bars and restaurants to continue to follow health guidelines to prevent the spread of the virus.

Residents were also urged to remember to wear masks, social distance and wash their hands during the Fourth of July weekend.

“The virus is not taking the holiday weekend off, and neither can we,” Pritzker said in a statement. “Letting our guard down now would fly in the face of the progress we’ve made over many months. We have seen that mitigation measures have worked in our state and we’ve seen too many other states rapidly lose ground in the fight against the virus.”

Pritzker said he wouldn’t hesitate to close establishments that won’t follow occupancy limits laid out under Phase 4 of his reopening plan.

The warning comes a day after a Clay County judge ruled against Pritzker in a lawsuit brought by Rep. Darren Bailey, R-Xenia over the governor’s executive orders to slow the spread of the virus.

In his order, Judge Michael McHaney ruled that emergency powers provided under the Illinois Emergency Management Agency Act lapsed on April 8, and any executive orders relating to the virus in effect after that date were determined to be void.

The state has said it will appeal the ruling.

WASHINGTON — As coronavirus cases spike, public health officials are pleading with Americans to avoid large crowds and hold more muted Independence Day celebrations, but subdued is not President Donald Trump’s style, and he aimed to go big, promising a “special evening” in Washington that could bring tens of thousands to the National Mall.

Trump’s “Salute for America” celebration on Saturday evening was to include a speech from the White House South Lawn that he said would celebrate American heritage, as well as a military flyover over the city and an enormous fireworks display that could pack people downtown.

The president kicked off the holiday weekend by traveling to Mount Rushmore in South Dakota for a fireworks display Friday night near the mountain carvings of George Washington, Thomas Jefferson, Abraham Lincoln and Theodore Roosevelt. In his remarks, he accused protesters who have pushed for racial justice of engaging in a “merciless campaign to wipe out our history.”

In a presidential message Saturday on the 244th anniversary of the adoption of the Declaration of Independence, Trump acknowledged that “over the past months, the American spirit has undoubtedly been tested by many challenges.”

His Democratic rival, Joe Biden, said in a statement that the U.S. “never lived up” to its founding principle that “all men are created equal,” but that today “we have a chance to rip the roots of systemic racism out of this country.’’

His participation in big gatherings comes as many communities have decided to scrap fireworks, parades and other holiday traditions. The goal is to try to prevent further spread of the coronavirus, which large gatherings could spur. Confirmed cases are climbing in 40 states, and the U.S. set another record Friday with 52,300 newly reported infections, according to the tally kept by Johns Hopkins University.

High school athletes will be able to participate in sport-specific activities starting on Monday.

The Illinois Department of Public Health has approved the Illinois High School Association’s next phase of return-to-play. It’s called Phase 4 to match the state’s Restore Illinois plan, which is also in Phase 4.

Athletes were previously limited to conditioning workouts in groups of 10. In Phase 4, groups of 50 are allowed to workout together and balls and other gear can be used. High school coaches will be allowed 20 contact days with their team that must be used before Aug. 9.

“Safety remains at the forefront of everything that the IHSA is doing as we move into Phase 4 and beyond,” IHSA Executive Director Craig Anderson said. “Our focus now shifts to continuing to work with state leadership to determine how to provide the safest environment possible for fall sports.”

If Illinois experiences a resurgence of COVID-19 later this year, as many expect, state officials say they should be much better prepared from the standpoint of having the necessary medical supplies this time around.

Deputy Gov. Christian Mitchell said the state has stockpiled tens of millions of face masks and other personal protective equipment — gowns, gloves and shields — in anticipation of a possible second wave.

“I feel we are pretty well-positioned at this point,” said Mitchell, who found himself in the eye of the storm in early spring as the governor’s point man on PPE procurement.

Back then — just three months ago, though Mitchell said it feels like three years — I told you about the Wild West world of emergency PPE procurement in which governments competed for equipment to respond to the pandemic.

Not only were states and cities vying with each other, they also were up against our federal government and foreign nations to locate and purchase face masks and other supplies.

Officials ended up bidding up prices as they fought over scarce inventory, much of it located in China, which posed its own complications because of the Trump administration’s antagonistic relationship with the Chinese. Special flights had to be arranged to bring in materials.

It got so crazy at one point that an Illinois state comptroller’s employee drove a $3.5 million check from Springfield to a McDonald’s restaurant in Dwight to hand it off to a Chicago area moving company owner to beat a deadline to close the deal on an order of face masks from China.

“The dust has settled,” said Arnold Park, a Chicago lawyer who shifted his family’s beauty-supply business into medical supplies during the early days of COVID-19 and later landed two state contracts for PPE.

The need for supplies remains. But the urgency has eased, according to Park, whose Alicia International Inc. used its Chinese relationships to make the switch. 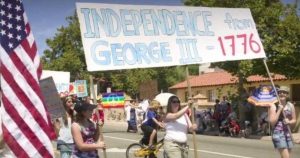 What role have protests and demonstrations played in U.S. history?