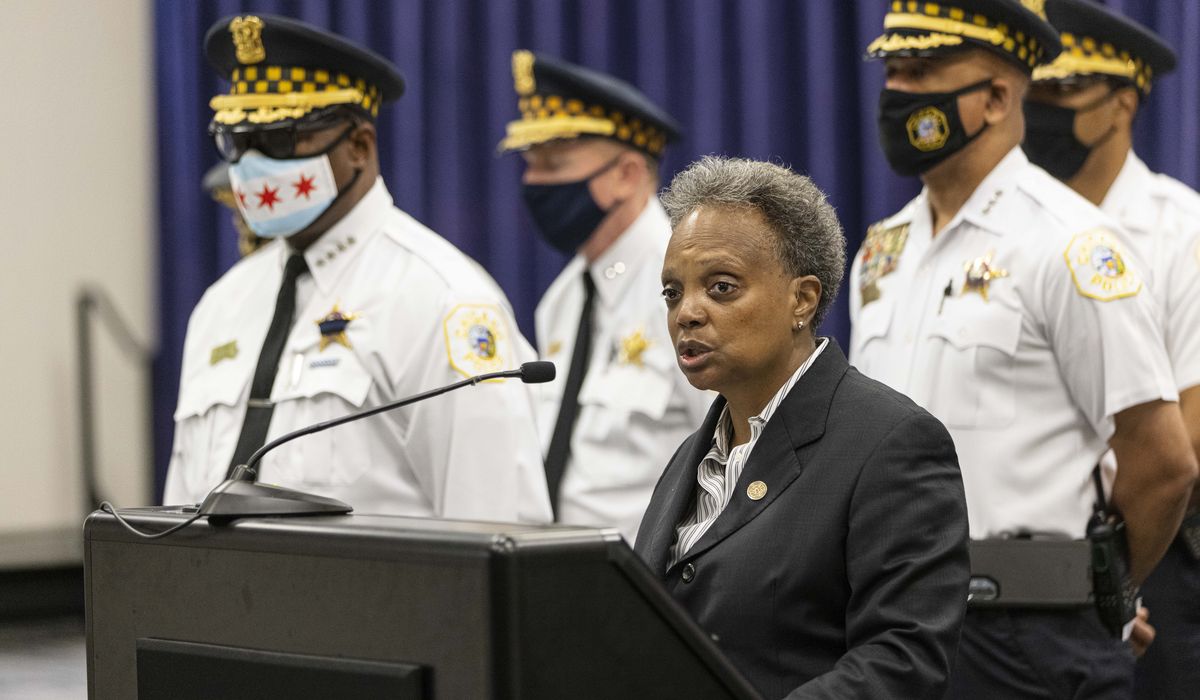 Chicago Mayor Lori Lightfoot is calling for an end to the “constant strife” between police and citizens after a shooting over the weekend left one officer dead and another officer critically injured.

“There are some who say that we do not do enough for the police and that we are handcuffing them from doing their jobs,” Ms. Lightfoot said during a news conference. “There are others who say we do too much for the police — that we never hold them accountable for what they do, particularly in Black or Brown neighborhoods. To all of this, I say, stop, just stop — the constant strife is not what we need in this moment.”

She declared Sunday to be a day of mourning in honor of police officer Ella French, 29, who died after being shot during a traffic stop on Saturday night.

“The police are not our enemies,” the Democratic mayor said. “We must come together. … We have a common enemy: It’s the guns and the gangs.”

The call-to-action comes as more than 190 police officers nationwide have been shot this year and ambush-style attacks are up 126% compared to the same time last year, the National Fraternal Order of Police tweeted Sunday.

Chicago Police Superintendent David Brown said during the weekend brief that Officer French is the city’s first police officer to be fatally shot on the job since 2018 and the first such female officer since 1988.

“Despite the shock, grief, pain and sorrow we feel this morning — our brothers and sisters in blue put this uniform on each and every day,” Superintendent Brown said. “They go to work risking everything to serve the people of Chicago. They come to work willing to run toward danger, toward gunfire and they’re willing to sacrifice their lives to save the lives of perfect strangers.”

He did not say what condition the passenger is in, but confirmed that all three people in the car are in custody.

The superintendent noted that 11 Chicago officers have been shot this year and another 27 have been shot at. Last year, 79 officers were shot, which he said was a 500% increase compared to 2019.

Fraternal Order of Police Chicago Lodge #7 tweeted Monday that “Ella’s life mattered and it was taken away by a coward.”

The organization is planning to host a “Support the Police Prayer Rally” on Wednesday night.

As of Sunday afternoon, the two officers and the passenger were among at least 64 people who had been shot in the city over the weekend, 10 fatally, according to Chicago TV station WLS.

“Gun violence is devastating our communities,” he tweeted. “We must continue working to get illicit guns off of our streets and out of the hands of those who would use them for violence.”

It will be run by representatives from various local groups including those dedicated to mental health, violence reduction, youth services, religious communities, as well as local businesses and elected officials.

Frank Perez, director of the Violence Intervention and Prevention at the Chicago-based nonprofit UCAN, applauded the mayor’s announcement.

“No organization, government, or community group can make a serious dent by themselves, and so I commend Mayor Lightfoot on standing up an operations center like the CSCC that can serve as a command-post for coordinating resources, staff, and funding among the many stakeholders and organizations who do this work,” Mr. Perez said in a statement on Aug. 5.

The initiative comes less than a month after the Biden Justice Department deployed gun trafficking “strike forces” to Chicago and four other major cities as part of a push to combat a recent national surge in violent crime.

“Leveraging existing resources, the regional strike forces will better ensure sustained and focused coordination across jurisdictions and help stem the supply of illegally trafficked firearms from source cities, through other communities, and into five key market regions,” the department said in a press release.

Officials say more than 550 people nationwide were shot last month during the Fourth of July weekend, at least 100 of them in Chicago.

Additionally, homicides are up in at least 46 large cities in the first six months of this year compared to the same time in 2020, according to a recent report by the Major Cities Chiefs Association. 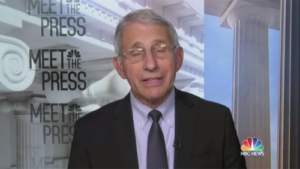 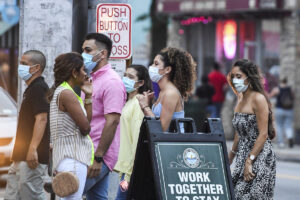 It’s not really about masks and other commentary