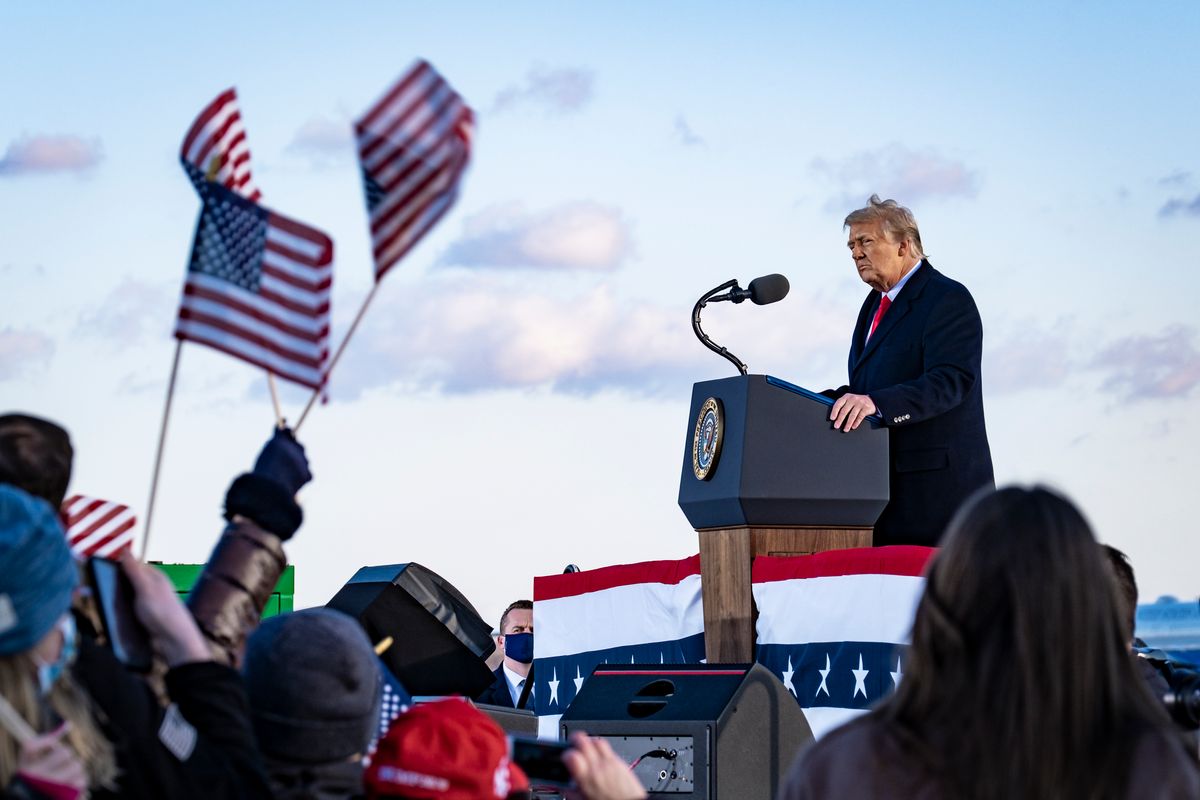 Kimberly Wehle is a professor of law at the University of Baltimore School of Law.

It seems likely that despite abundant evidence Donald Trump provoked the deadly mob that stormed the Capitol on Jan. 6, the Senate will vote to acquit the former president of the charge of incitement of insurrection. And with acquittal goes the opportunity to punish Trump by barring him from holding future office.

There’s been talk of using a censure resolution as a fallback compromise. But as Sen. Tim Kaine (D-Va.) said this week, there’s not enough support on either side for that option. Democrats want “impeachment or nothing,” he explained, and Republicans “don’t want to bar Trump from running for office.”

But if the Democrats’ ultimate goal is to keep Trump from ever again appearing on a presidential ballot, there is still one avenue open to them. It’s in the Constitution, although it hasn’t received a judicial test in about a century. It’s Section 3 of the 14th Amendment to the U.S. Constitution, which provides that “No person shall … hold any office, civil or military, under the United States, or under any state, who, having previously taken an oath … to support the Constitution of the United States, shall have engaged in insurrection or rebellion against the same.”

This less well-known section of the amendment that also gave people due process and equal protection under the Constitution after the Civil War has gotten a lot of attention of late. Some commentators have suggested that Section 3 could be invoked to bar Trump from future office regardless of the outcome of impeachment. But it’s procedurally tricky. And if it is to work, as many are suggesting, it may require that Congress shore it up statutorily so that it might survive the scrutiny that it needs—and would undoubtedly get—if Section 3 were ever employed against Trump.

The last time it was invoked was in 1919. That year, the House of Representatives refused to seat the first Socialist elected to Congress, Victor Berger, on Section 3 grounds. Berger actively opposed U.S. participation in World War I, and was prosecuted and convicted under the Espionage Act. The House of Representatives referred his case to a special committee for investigation, concluded that he was ineligible for membership and refused to seat him. If Trump were to run successfully for Congress, a Democratic majority in either chamber could presumably follow suit and vote to preclude him from taking office. But that option doesn’t address a possible 2024 presidential bid, which is perhaps foremost among concerns of Democrats—and many Republicans, too.

Alternatively, the current Democratic-controlled Congress could simply declare Trump in violation of Section 3 in due course, but whether that declaration would be enforceable in a future election is hard to tell.

There are few reported judicial opinions that even mention Section 3 of the 14th Amendment, and none from the U.S. Supreme Court. The primary case appears to be the 1871 opinion in United States v. Powell, in which Amos S.C. Powell was indicted for accepting public office after the Civil War. Before the war, he had held “the office of constable,” which “was such an office as rendered those who had held it … engaged in the Rebellion” against the Union. As a result, the court explained, Powell was deemed “ineligible to any office now, by the provisions of the 3d section of the 14 amendment.”

To bring this aspect of the 14th Amendment up to date, and to make it useful in a modern political context, Congress likely needs to pass a new law. Somewhat surprisingly, the Constitution’s terms are not self-executing—that is, for an individual to seek judicial enforcement of the Constitution, Congress generally must have passed a statute giving litigants a cause of action.

Congress has done this as a matter of criminal—but not civil—law for Section 3. To enable judicial enforcement of Section 3 the 14th Amendment, Congress passed the Civil Rights Act of 1870 (also known as the Enforcement Act or the First Ku Klux Klan Act), among other laws. Section 15 of that act makes it a misdemeanor to run for office when ineligible to do so under Section 3 of the 14th Amendment, punishable by up to a year in prison. Section 14 of the same law also allows a federal prosecutor to forcibly remove an offender from office. (Congress later passed the Amnesty Act of 1872, which lifted political barriers for senior members of the former Confederacy.)

Whether the Department of Justice under President Joe Biden would have an appetite to indict Trump for a misdemeanor under the 1870 statute is highly dubious. When the act was drafted, everyone knew precisely what sections 14 and 15 were aimed at: former members of the Confederacy, whom Congress wanted to keep out of public office during Reconstruction. The act—and thus Section 3 itself—is outmoded.

Congress can enhance the enforceability of the 14th Amendment’s ban on certain individuals holding public office by permitting private citizens to bring lawsuits for alleged violations of Section 3. Of course, there’s plenty of precedent for statutes authorizing judicial causes of action.

For example, in order to bring a lawsuit against a state or local police officer for allegedly violating the 4th Amendment’s ban on unreasonable searches and seizures and other constitutional rights, a plaintiff must invoke 42 U.S.C. § 1983—a statute passed in 1871 after the Civil War to implement the Reconstruction amendments to the Constitution. In 1961, the Supreme Court prominently brought that statute to life in Monroe v. Pape, which allowed a homeowner to use the act to sue individual Chicago police officers for money damages in connection with a warrantless search.

In theory, a law passed by Congress to implement Section 3 of the 14th Amendment could give a competing candidate for the same office the necessary standing to bring a civil lawsuit. If Trump were to run in 2024 and a plaintiff brought a suit to enjoin his campaign, the constitutionality of the legislation would undoubtedly wind up before the U.S. Supreme Court, with unpredictable results.

But this route would at least avoid criminal prosecution and thus the perception that the Department of Justice under a Democratic administration was trying to silence a political enemy. It would also shore up Congress’ role as a co-equal branch charged with ensuring that Oval Office occupants remain accountable for wrongdoing in office—a constitutional obligation that a second impeachment acquittal would largely disavow.

Not since the Civil War has America seen a violent insurrection the likes of Jan. 6. Nor has it seen a president as cynically prone to undermining the Constitution and the rule of law as Donald Trump. If Senate Republicans aren’t willing to risk their own political relevance for the sake of the republic come Feb. 9, then the rest of those members who swore an oath to the Constitution should take steps to give it meaning through Congress’ legislative prerogative. 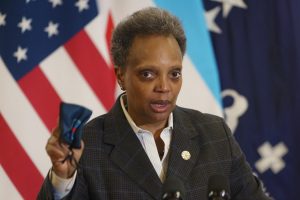