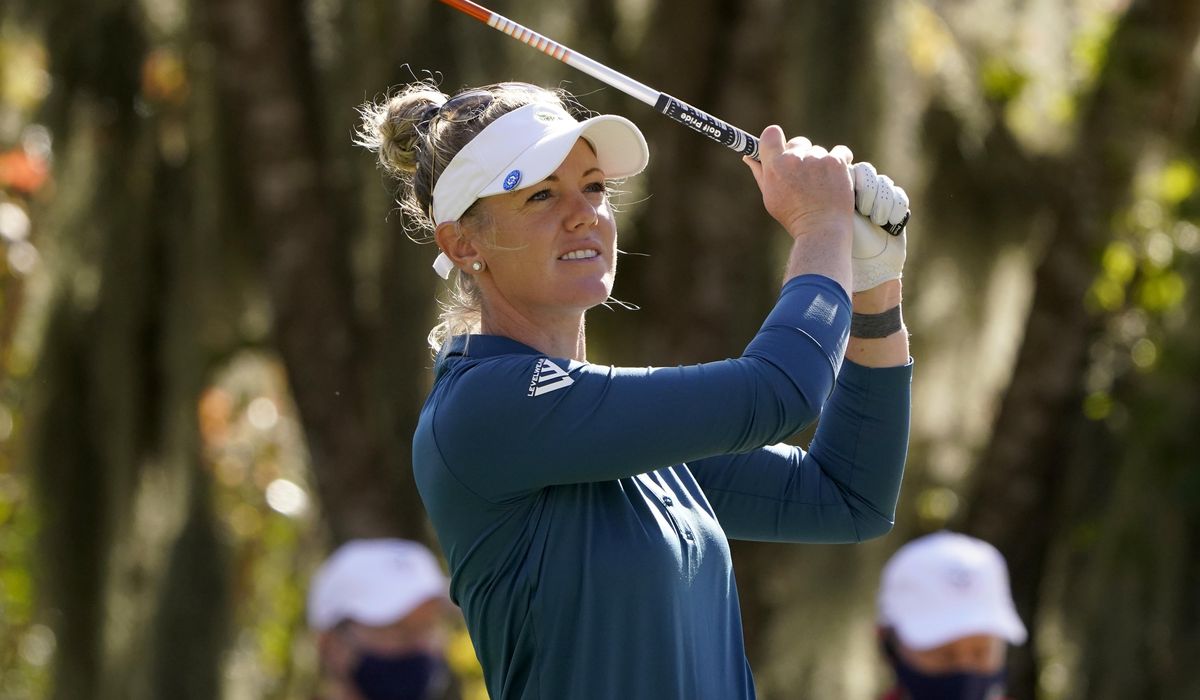 HOUSTON (AP) – Amy Olson got back to under par with one swing, an 8-iron for a hole-in-one on her seventh hole Thursday, and kept right on going until she had a 4-under 67 and a one-shot lead in the U.S. Women’s Open.

On a perfect day, the scores made it perfectly clear that Champions Golf Club was primed to provide a stern test.

Olson, a prolific winner at North Dakota State and still winless in seven years on the LPGA Tour, was among only 11 players who broke 70 on the Cypress Creek and Jackrabbit courses. For the first time, two courses are being used for the opening rounds because of the limited daylight by postponing the premier event in women’s golf to December.

“We had absolutely perfect weather today and 4 under is leading,” Champions member Stacy Lewis said after a 72. “I don’t think scores are going anywhere.”

Moriya Jutanugarn managed to keep bogeys off her card on the Jackrabbit course for a 68, leaving her tied with former Women’s British Open champion Hinako Shibuno (Cypress Creek) and A Lim Kim (Jackrabbit).

Sophia Popov was among the group at 69. She figured it would be a long shot to be in the U.S. Women’s Open this year when the USGA had to scrap qualifying because of the COVID-19 pandemic. And then when golf resumed, Popov earned a spot in the Women’s British Open and won at Royal Troon.

And now she’s already in the mix at the U.S. Women’s Open, along with so many others. Asked if she had come down from the cloud of her surprise major victory, Popov smiled and said, “Am I down yet?”

“I’m trying not to come down off of it. I quite like it,” she said. “But yeah, I think it took me a couple weeks, but after that it was back to reality. You’ve got to grind, you’ve got to practice, you’ve got to do everything the same way you did before, just now you have a lot more events to play and better events to play.”

None of the top five in the world ranking broke par. Jin Young Ko opened with a 73, while Sei Young Kim had a 72 in what could be a battle for No. 1 this week. Nelly Korda, playing for the first time in two months because of back pain, had only one birdie in her round of 73. Danielle Kang didn’t make any birdies and shot 72.

The starting times for the second round were moved up a little more than an hour because or rain and wind in the forecast, which figures to make the courses even tougher.

For one round, the Jackrabbit course was a bout a stroke easier. Cypress Creek will be used on the weekend.

Most enjoyable for Olson was watching her 8-iron in flight on the par-3 16h hole and tracking it all the way into the hole, her second ace in competition on the LPGA Tour. She had a big crew of family and friends from North Dakota for her previous hole-in-one. She had only a few marshals, two other players and caddies, and a few people from a backyard to provide the cheers on Thursday.

“I had 141 to the flag and the pin was on the right side of the green with the wind kind of coming from from the right,” she said. “So I hit a fade to try to hold the wind, and it landed two paces short of the flag, had some good spin on it and just trickled in. We saw the whole thing, which was fun.”

Megan Khang was the only player to reach 5 under on the day until dropping a few shots on the back nine at Jackrabbit and finishing with a double bogey on the 18th hole when she flubbed a pitch that came back down to her feet. That dropped her to a 70.

Brittany Lincicome, a two-time ANA Inspiration winner, suffered the same fate. She was at 3 under for the day and without a bogey on her card when she missed her tee shot to the left and her approach below the green on the left. Her pitch was weak and back down the slope, and her next pitch was too strong. She made double bogey and shot 70.

“The U.S. Open you can just lose your concentration for two seconds and then make a double within like two seconds,” Lincicome said. “Super bummed to finish that way. … Under par at the U.S. Open is really good, so can’t complain, but obviously that last hole is going to hurt.” 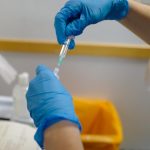 Long Beach tries to strike a balance in fighting COVID-19