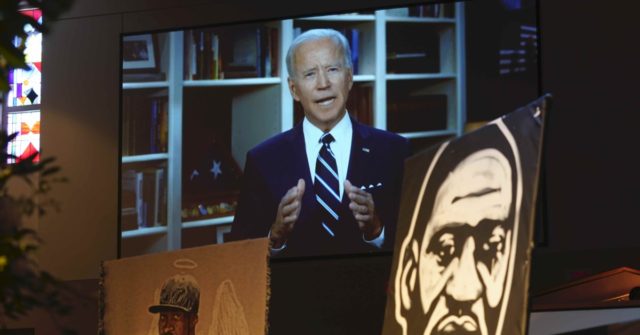 The Nation of Islam, a radical, racist, antisemitic and homophobic hate group, provided security for the funeral of George Floyd at the Fountain of Praise Church in Houston, Texas on Tuesday, according to Rev. Remus Wright.

Wright, addressing the congregation and mourners from the pulpit, said:

Let me, just before I introduce all the pastors and preachers that are here, let me thank Minister Robert Muhammad and the brothers from the Nation of Islam, which did such a wonderful job in our security — Amen — working with the Houston Police Department. We thank God for them.

The Nation of Islam is led by Louis Farrakhan, whom the Anti-Defamation League (ADL) describes as America’s “leading antisemite.”

The Nation of Islam (NOI), the oldest Black nationalist organization in the U.S., has maintained a consistent record of anti-Semitism and racism since its founding in the 1930s.

Under Louis Farrakhan, who has espoused and promoted anti-Semitism and racism throughout his 30-year tenure as NOI leader, the organization has used its programs, institutions, and media to disseminate its message of hate.

While Farrakhan often speaks about serious issues affecting the African-American community, including racism, police brutality, and economic disparities, he often blames Jews for these societal problems.

In 2018, the Women’s March, one of the earliest organization in the “Resistance” against President Donald Trump, was roiled by allegations of antisemitism, partly because of its reported use of the Nation of Islam for security at events.

Former Vice President Joe Biden addressed the funeral by video, among other national leaders. Floyd was killed in police custody in Minneapolis, Minnesota, on Memorial Day. The officers involved have been charged with murder. 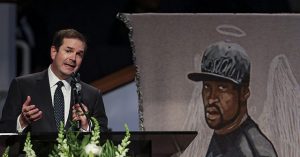 George Floyd Funeral: Pastor Tells White Churches 'We Are Not as Good as We Ought to Be' 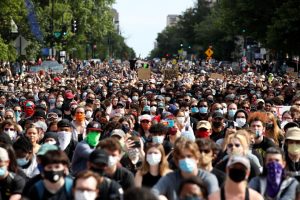