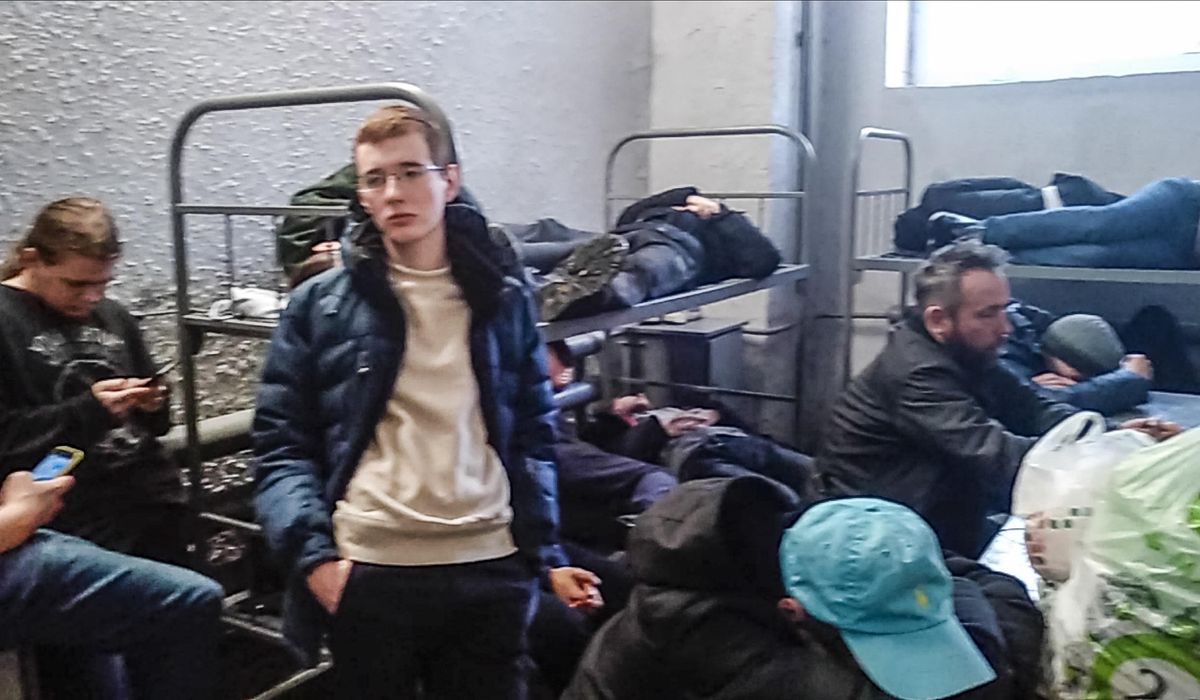 MOSCOW (AP) – The video, shot by a man detained in a Moscow protest, shows a group of people jammed into a police minibus. One of them says on the recording that they had already been held there for nine hours, with some forced to stand because of overcrowding and no access to food, water or bathrooms.

Another video taken in a dingy holding cell intended for eight inmates shows 28 men crammed inside awaiting transfer, with no mattresses on the cots and a filthy pit latrine-like toilet.

Detainees are recounting their miserable experiences as Moscow jails were overwhelmed following mass arrests from protests in support of opposition leader Alexei Navalny this week. They described long waits to be processed through the legal system and crowded conditions with few coronavirus precautions.

“We were detained on Jan. 31 during a peaceful protest, and we ask for help and public attention to the inhumane conditions we’re forced to be in,” pleads the man in the police minibus video. The video was first posted Tuesday on the messaging app Telegram by Sasha Fishman, who received it from her friend Dmitry Yepishin, one of the detainees in the vehicle.

More than 11,000 protesters were reported detained across Russia in the pro-Navalny rallies on two straight weekends last month and in Moscow and St. Petersburg on Tuesday, after he was ordered by court to serve nearly three years in prison.

Some of the protesters were beaten on the streets by riot police or subjected to other abuse. Human rights advocates said many police precincts refused to let lawyers in to help detainees, citing what is known as the “Fortress” protocol.

“Many violations (of detainees’ rights) we’ve seen before. … But probably the scale we see now is much scarier than before,” Alexandra Bayeva, coordinator with the OVD-Info rights group that monitors political arrests, told The Associated Press.

While it accounted for less than half of the detentions, the capital’s jails quickly filled up as scores of people were sentenced by the courts. Many received misdemeanor charges that resulted in jail terms of five to 15 days.

Kremlin spokesman Dmitry Peskov acknowledged Thursday there were more detainees than detention centers in Moscow could swiftly process, but he blamed the problem on the protesters themselves.

“This situation wasn’t provoked by law enforcement; it was provoked by participants of unauthorized rallies,” Peskov said.

Marina Litvinovich, member of the Public Monitoring Commission that observes the treatment of prisoners and detainees, said Moscow simply could not handle such an influx of protesters convicted of misdemeanor offenses and needing to be jailed for several days.

“The first crisis occurred when police vans and buses (with detainees) were driving around Moscow anxiously and jails didn’t let them in. They didn’t know where to put people,” Litvinovich told the AP. “Some people were brought back to police precincts. Some were standing the whole day inside police vans near the jails. Some got lucky and they were given food and taken to toilets. Some didn’t have luck and they had to pee in a bottle.”

Filipp Kuznetsov was arrested Jan. 23 and sentenced to 10 days in jail but didn’t get into his jail cell until Jan. 27. Kuznetsov told AP he spent the first night in a holding cell, and the second night in a police bus waiting for the detention center to accommodate him and about a dozen others.

“It was a very unpleasant situation,” Kuznetsov said.

Gleb Maryasov, also detained Jan. 23, had to wait for a bed in a cell to free up for him for 25 hours, spending that time on the back seat of a police car, said his lawyer, Dmitry Zakhvatov.

As jails in Moscow filled, authorities moved people to detention centers outside the capital. Lines of police buses were reported in Sakharovo, 65 kilometers (40 miles) south of the city. By Thursday evening, the Sakharovo facility housed over 800 people, around 90% of whom were detained during protests, Litvinovich said told Russia’s Tass news agency.

Dmitry Shelomentsev was among those who had to wait in a police bus for several hours in Sakharavo before being taken inside. Sentenced to 15 days in jail for participating in Tuesday’s protest, Shelomentsev sent AP the short video Thursday morning from the cell where 28 people were being held, awaiting transfers.

There were not enough beds, which had no mattresses, and policemen dropped off two five-liter bottles of water to share among all the inmates, with no cups, he said. In the video, some of the inmates stood leaning on the short walls that surrounded the dirty toilet.

After nearly five hours in the cell, Shelomentsev said he was transferred to a smaller one — for four people.

Moscow police said Thursday those awaiting transfer were allocated cells in accordance with regulations, and there was enough space in the Sakharovo facility.

When asked whether there were any virus-related precautions at the detention center, Shelomentsev wrote: “What (coronavirus) measures if there were 28 of us in one cell and … people drank from the same jug?”

Other protesters detained in Sakharovo described riding all night in police buses before they were taken to their cells, according to their friends and partners.

Getting food parcels and other basics to them required waiting outside the detention facilities for hours in subfreezing temperatures. Anna Chumakova, who spent all day in line Thursday, said about 150 people lined up by midday, but only fewer than 40 were able to get their packages in by sundown.

Lawyer Zakhvatov also pointed to reports that dozens of people slept on the floors of police precincts. These “highlight the absurdity” of prosecuting some Navalny allies for inciting violations of coronavirus protocols by organizing street protests, he said.

Besides Sakharovo, there were at least four more detention centers outside Moscow where protesters were taken, according to Litvinovich of the Public Monitoring Commission. Each facility could hold about 30 people and all were filled.

She called the situation “absolutely unprecedented.”

“It’s the beginning, it’s not just the first time. It’s the beginning of the process when these jails will be always full. I think people will keep protesting and authorities will remain brutal,” she said. ___ 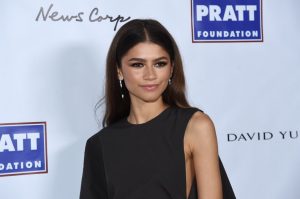 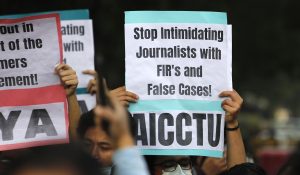 India clamps down on free speech to fight farmer protests