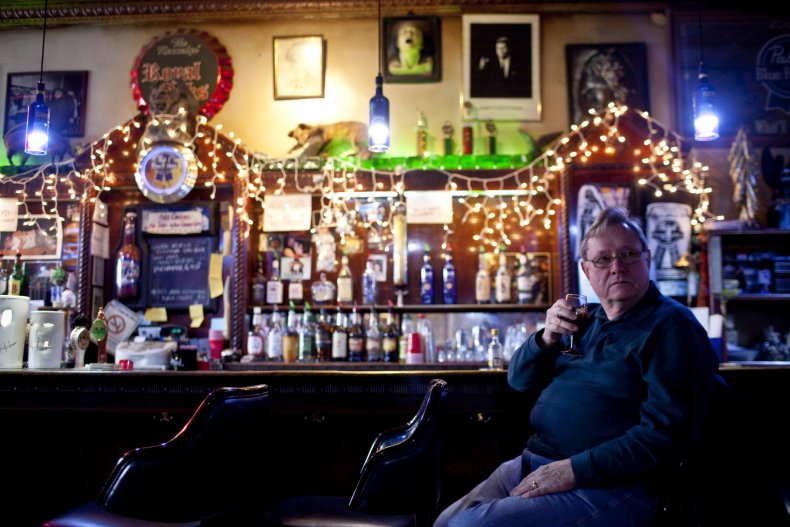 We need to talk about class bigotry.

One of the most salient facts of American life today is how disconnected the power structure is from the average citizen. In a vicious cycle that feeds on itself, America’s elites—including its liberal elite—live in their own neighborhoods, come from similar backgrounds, go to the same schools, and can go from cradle to grave never having a meaningful experience with the people who come from where I come from.

I’m from inner city Cleveland. I grew up in poverty. My story will be familiar to many across the country, just as it will be foreign to members of the American elite: When my mother’s job at General Motors disappeared, we went from solidly middle class to poor overnight. My parents struggled to send me to private schools, paying out of pocket because they made $100 over the limit to qualify for vouchers.

While we were being told that we made too much money for a school voucher, the electric and gas companies gave us disconnection notices.

My educational experience was unique. Going from a private school environment back to an inner city reality was jarring at times. But one thing I learned during that experience was how much I have in common with people who don’t look like me. My elementary school was predominately white, and while most of my classmates had more money than I did, it wasn’t by very much. They were from working class and middle class families, families with similar struggles to ours. My white classmates dealt with similar issues in environments not that different from my own.

As I’ve gotten older and entered into a career in media, the experiences of my youth have been invaluable to me. I understand people from different walks of life. The communities I grew up in had Black people, working class whites, poor people of all kinds, Democrats and Republicans. I try to approach every situation with the people that I come from in mind and I believe that I have an obligation to represent them.

It’s unfortunate that there are too few in the media who feel the same way. Sadly, the voice of the working class is absent in today’s media, which seems to be produced by the elite and for the elite. I frequently see media elites pitting the two groups that I grew up around—poor and working class Black Americans and poor and working class white Americans—against one another, often in the name of diversity, while still underserving and under-representing the very people that they claim to embrace.

The rare Black voices that the mainstream media tends to elevate come from the same elite circles that the white people in charge are from. The faces are different, but to someone like me who grew up in poverty in Ohio, the culture is the same.

Think about it: The Pew Research Center found that just 29 percent of African Americans self-identify as “liberal.” Sixty-five percent defined themselves as conservative or moderate. But is that what you see from the average Black pundit? Or do you see the extremes dominating the conversation, with little regard for the views of regular Black people?

The more time I spend in elite circles, the less comfortable I am with the way they treat people like me. When they believe that you’re good enough to be in the room, they show you how they really feel about the ones who aren’t there.

It’s class bigotry, pure and simple. And it goes from annoying to problematic when one realizes that these are the people making cultural and political decisions for everybody else.

Worse, I now often see people using the language of diversity to justify their class bigotry. You can turn on your TV every day of the week and find a pundit doing this. You can go to any liberal publication and find examples of this. People from the media elites frequently act like they are speaking on behalf of the Black community, when all they are doing is expressing their class bigotry.

As Frank Jackson, Cleveland’s retiring mayor and a Black Democrat, put it on my show “The Outlaws,” “People with a certain political philosophy, they use the legitimate issue of the oppressed to promote their politics, not to assist the oppressed. They just use the oppressed for their own benefit.” Frank called the people who do this “tragedy pimps.”

It’s easy to benefit from another group’s misfortune when the elite has no real ties to the people in that group. We all become pawns in a chess game for power.

One of the most fascinating historical events that I’ve ever read was the story of Bacon’s Rebellion. In 1676, wealthy landowner, Nathaniel Bacon, created an alliance between his white indentured servants and Black slaves. They took up arms against the Virginia colonial government, which was at the time led by Governor William Berkeley. The militia was so successful that they seized the colony’s capital and burned it to the ground. Only Bacon’s death was able to quell the rebellion.

What makes this event historically significant is the response to it. The white elite was horrified at the effectiveness of a union of Black slaves and white indentured servants, and as a result, they set out to insure that it would never happen again. They responded with the Virginia Slave Codes, and for the first time in the history of the American colonies, a distinction was ratified into law separating Black slaves from white indentured servants.

The white elite was motivated solely by a desire to maintain their own power, and they were willing to pit the “lower” classes against one another in order to do so. In many ways, today’s media does the same.

Fortunately, across the nation, regular working class Americans see through this. We will not allow ourselves to be divided for the profit and power of the elites.

Darvio Morrow is CEO of the FCB Radio Network and co-host of The Outlaws Radio Show. 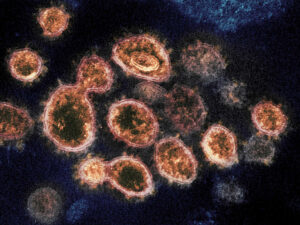 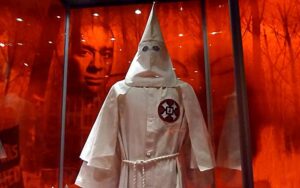