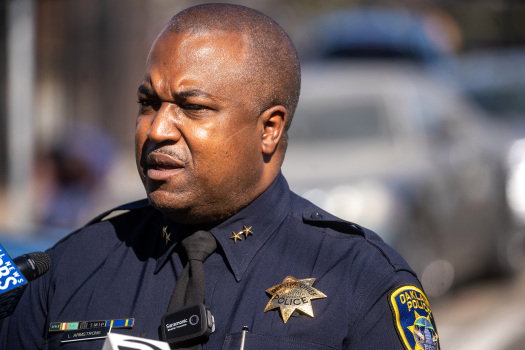 OAKLAND — A deputy chief and 20-year veteran of the Oakland Police Department is the mayor’s choice to become the city’s next police chief, a source with knowledge of the decision said.

LeRonne Armstrong is the pick to be the next Chief of the Oakland Police Department, taking over the role as top cop as Interim Chief Susan Manheimer’s contract comes to an end this month, a source told the Bay Area News Group on Thursday evening.

The decision, which multiple news reports confirmed Thursday, comes as Mayor Libby Schaaf has been weighing four candidates for the job. The two internal candidates included Armstrong and his wife, Drennon Lindsey, who is also a deputy chief for the department. The two outside candidates were Pittsburgh, Pennsylvania, police Commander Jason Lando and Seaside, California, police Chief Abdul Pridgen.

Armstrong, an Oakland native who has been with the department since 1999, will come to a job that has seen massive turnover over the last decade. It has had 10 police chiefs since 2003, including tumultuous spans when scandals led to the city having three police chiefs in one week in both 2013 and 2016. When former Chief Anne Kirkpatrick took the job in February 2017, she succeeded former Chief Sean Whent, who was the fourth chief of the department since 2009, and two interim chiefs who served briefly after him.

Raised in West Oakland, Armstrong is a graduate of McClymonds High School and has a Bachelor’s degree in criminal justice and Master’s degree in organizational leadership, according to city memos. He started as an officer in the patrol division when he came to the department after four years with the Alameda County Probation Department, and has worked in multiple assignments and supervised multiple sections over his career.

“I think it’s been a long time since we had a police chief from Oakland, one who grew up in the department,” said Oakland-based civil rights attorney John Burris, who views Armstrong as a “positive pick” for the job.

The department has been under federal oversight for nearly two decades as it has struggled to comply with a negotiated settlement agreement reached in 2003 stemming from the Riders police misconduct case.

It helps that Armstrong is familiar with the requirements of the settlement agreement, Burris said. “He doesn’t have the learning curve that a chief outside of the department would have.”

“He’s got some challenges though,” Burris warned. “There is the community trust you have to develop. Issues of accountability and transparency.”

Indeed, Armstrong will face a slew of serious challenges, from guiding the department to compliance with the federal court-ordered reform to grappling with the disturbing increase in homicides over the last year to managing the department under the city’s multi-million dollar budget shortfall. He’ll also have to grapple with the opposing visions of public safety among city leaders and members of the community.

When the police commission along with Schaaf fired Kirkpatrick in February of last year, commissioners said the police department under her leadership had failed to increase compliance with the court-ordered reforms.

Kirkpatrick had been sharply criticized over the discipline she handed out to officers who shot and killed a homeless man in 2018. Records released under a police transparency law in 2019 showed growing tensions between the police department and federal monitor Robert Warshaw, who reports to a federal judge and has broad powers over the department.

Since then, local and nationwide calls to reform and defund police have only intensified in the wake of the deaths of Black Americans at the hands of police.

Some Oakland city councilmembers and residents have called for allocating millions of dollars and some duties away from the police department, and reforming its public safety system in the process.

At the same time, gun violence has been on the rise since last year. In 2020, there were 109 people killed in Oakland. Just a month into 2021, there have already been 15 murders.

“Every Oakland police officer is grateful for Chief Manheimer’s service for over much of the last challenging year, and we look forward to Chief Armstrong’s tenure,” said Oakland Police Officers Association Sgt. Barry Donelan.

The search for the new chief was the first under the police commission, a citizen oversight board voters established in November 2016. Under that voter initiative, a supermajority of the police commission can fire a chief with cause, or without cause if the mayor joins the vote, as they did when they fired Kirkpatrick.

The commission was in charge of the search for the new chief, and presented four finalists to the mayor with the option to pick a candidate or start the search over by rejecting them all.

The city hosted a forum with the candidates — the most public search for a police chief to date.

In answers to interview questions posted on the city’s website, Armstrong said his leadership style includes “leading innovative approaches to reducing crime, while still minimizing harm to our community.”

“Partnering with community and seeking input from those who are truly impacted by the actions of law enforcement, helps bring legitimacy to the department,” he said. 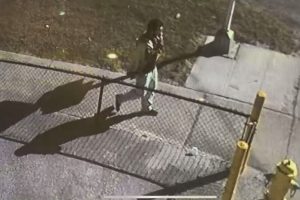 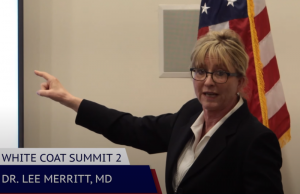