A New Jersey trial was stopped and a juror was fined thousands of dollars after he disobeyed a judge and Google-searched a patch on the uniform of a U.S. Immigration and Customs Enforcement officer, believing it to be a symbol for white supremacy.

The case of U.S. v. Kevin Ruiz-Quezada is a perfect example of how deep the leftist rot of identity politics has affected every aspect of modern life. Even ICE uniforms are being mistaken for or interpreted as symbols of a non-existent system of colonial supremacy and prejudice, according to reports.

A New Jersey federal court was trying a man named Kevin Ruiz-Quezada in Camden for allegedly assaulting an ICE agent in December 2017 incident at Ruiz-Quezada’s home. The defendant was a permanent legal resident but was eligible for deportation to his home country of Nicaragua following two previous convictions.

When federal immigration officers went to arrest him in 2017, he allegedly attacked. Officers were pulled onto a living room table, according to the official complaint against the defendant.

One of the officers required minor surgery after the scuffle.

The accused was being tried for that alleged assault, but the trial was derailed thanks to the actions of a rogue juror who defied a judge and relied on an internet search engine to assist with research, the judge in the case said.

The Courier-Post reported a man named Stephen Meile was deliberating last month with other jurors when he and others became confused about a patch on an ICE uniform. Per the court, Meile had been told not to use books, the internet or other means to do his own research.

He allegedly ignored that order and went to Google for answers, only to be led to believe that the uniform patch was a logo for white supremacy, the U.K. Daily Mail reported.

Do you trust the American legal system?

Meile then shared his findings with other jurors.

The Department of Justice said in a media release that Meile had been fined $11,227, as his actions caused U.S. District Judge Robert B. Kugler to find him in contempt of court and to declare a mistrial.

“Juror Number 7 was one of 12 jurors on a federal criminal trial held in Camden federal court before Judge Kugler. Before and during the trial, Juror Number 7 and the other jurors were instructed repeatedly, both in writing and verbally, not to conduct any research about the case, including through use of the Internet,” the DOJ said.

“During a recess in the trial, Juror Number 7 conducted internet research into evidence in the case. He then shared his findings with the other jurors during deliberations, causing a mistrial,” the DOJ added. “The fine represents the court’s costs associated with empanelling the jury for the trial.”

Ruiz-Quezada will have to be tried again — all because a man who was supposed to be fair and impartial ignored a court order and allowed identity politics and the left’s fear-mongering about race to compromise the common sense a person such as a juror should hold.

Young Not Stupid: You May Have Seen Your Favorite Pols Tweet ‘#FreeBritney’ – Here’s What It Means and Why They’re Right

Apparently obsessed with toxic identity politics and “white supremacy,” the juror wasted the court’s time by ignoring an order and drawing a wild conclusion.

That man then potentially tainted the rest of the jury with ignorant statements that asserted federal officers wear patches to signify they view themselves as racially superior to minorities — which is absolutely insane. At least he’s being charged for the dollars spent to conduct the trial.

This saga calls into question whether jury pools are even rational enough in this day and age to decide the outcomes of cases. In any event, the mistrial is an embarrassment and an indictment of American culture.

What rational person would come to believe that ICE agents are running around openly advertising white supremacy?

No such person belongs on a jury in any courtroom, and this person should have been screened out during the selection process. 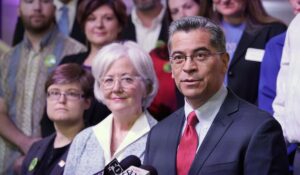