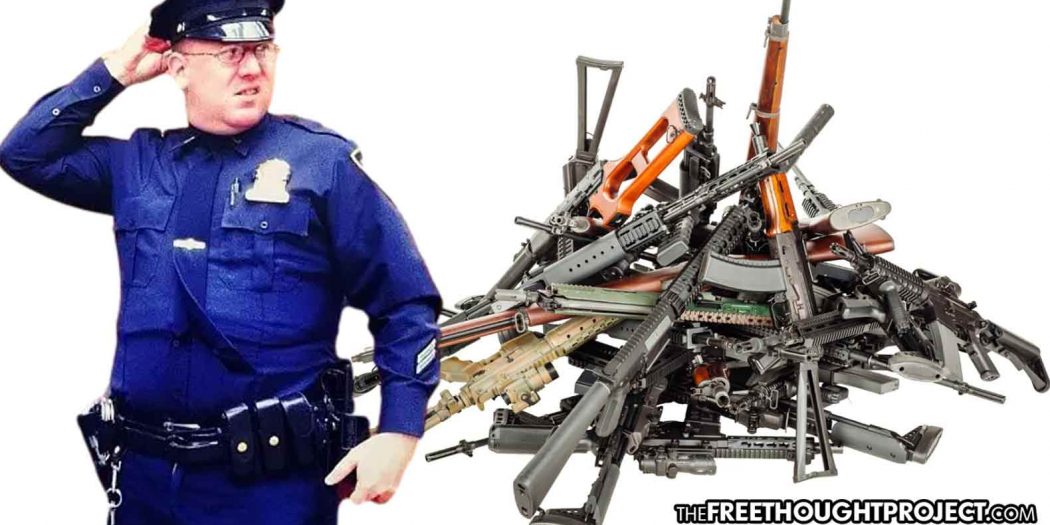 Philadelphia, PA — A statement that is often said in jest but
that is 100% accurate goes as follows: police think they can
somehow keeps drugs off the streets, yet they can’t even keep
them out of
their own prisons. This sentiment rings true in multiple
aspects of policing in America, not just drugs. As the following
case illustrates, police — who claim to keep guns off the streets
— can’t even keep track of their own guns, hundreds of times
over.

In 2019, the City Controller’s office received a confidential
complaint about 15 “long guns” that went missing from the
Philadelphia Sheriff’s Office. When investigators looked into the
complaint, however, they realized that it was far more than 15
guns.

Over 200 firearms “disappeared” from the inventory and
armory of the sheriff’s office between 1977 and 2015, according
to a yearlong investigation by the City Controller’s office.

According to
NBC 10, current sheriff, Rochelle Bilal, said in a statement
Wednesday afternoon that her office has “fully addressed” the
problems in the report. The sheriff’s office is headed by an
elected official and oversees city court security and prisoner
transfers. It also is tasked with civil duties, including some
auctions of public property and foreclosed houses.

The City Controller’s office found that both service weapons
and confiscated firearms in evidence cases have all simply gone
missing.

The level of incompetence the investigation found was
staggering, up to and including guns lying on the floor outside of
lock up — some of which were loaded.

“Investigators uncovered numerous deficiencies related to the
overall handling and storage of service firearms and PFA weapons by
the Sheriff’s Office,” the report said. “Specifically,
firearms were piled on the floor and haphazardly stored in various
locations. Service firearms and PFA weapons were found comingled
and some weapons were stored still loaded.”

The controller’s office said that the investigation took so
long because it was hindered — possibly purposefully — by&#2013266080;
â€œphysical disorganizationâ€ of the armory and inventory and
â€œpoor record-keepingâ€ by the sheriffâ€™s office.

Become an Activist Post Patron for $1 per month at Patreon.

When they began their investigation, the previous sheriff,
Jewell Williams â€” who lost her bid for re-election last year â€”
was uncooperative in the investigation and actually prevented parts
of it from happening. Most of their progress was made this year
after Bilal took over.

â€œControllerâ€™s Office staff experienced considerable pushback
from the previous sheriff administration, including restricting
access to the Armory and preventing interviews with relevant
staff,â€ the report said. â€œHowever, it should be noted that upon
the new sheriff taking office, then the investigation process was
cooperative.â€

The idea that a sheriff would block investigators from seeking
out hundreds of missing guns is derelict at best and criminal at
worst. However, the new sheriff plans to stop the missing guns case
in its tracks.

â€œAll of the issues identified in the Controllerâ€™s Report
occurred under the prior administration, and my office has worked
tirelessly to implement policies and procedures to correct the
issues identified in the report,â€ Bilal said. â€œI am pleased to
report that there are new internal audit procedures, our office has
been using state-of-the-art weapon tracking software, and a full
review of the inventory of both PFA and Service Firearms have been
implemented and completed this year during my
administration.â€

Matt Agorist is an honorably discharged veteran of the USMC and
former intelligence operator directly tasked by the NSA. This prior
experience gives him unique insight into the world of government
corruption and the American police state. Agorist has been an
independent journalist for over a decade and has been featured on
mainstream networks around the world. Agorist is also the Editor at
Large at the Free Thought Project. Follow @MattAgorist on
Twitter, Steemit, and now on Minds. 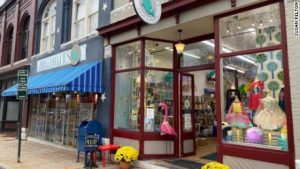