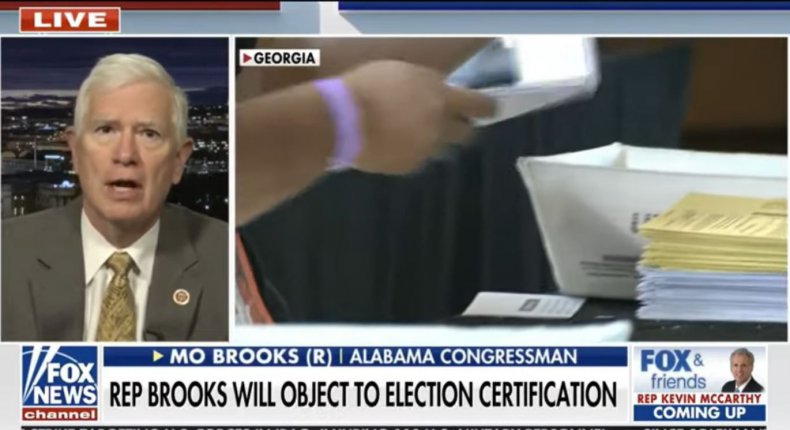 Brooks on Sunday accused Swalwell of “sneaking INTO MY HOUSE” to serve his wife with a lawsuit that he first filed back in March against Trump and several of his key Republican allies allegedly tied to the deadly January 6 riots. Brooks claimed he is considering filing criminal trespassing charges against the California congressman who has for months tried to track down the slippery Trump ally and Senate candidate. Swalwell’s lengthy effort to serve Brooks with the Capitol lawsuit even saw him hiring on a private investigator to track down the Alabama lawmaker.

Last week, Swalwell had to request a 60-day extension from a federal judge after failing to locate Brooks for several months. The judge, however, declined to call in U.S. Marshals to track down the evasive congressman.

Brooks last week even taunted Swalwell as he sought to serve him with the lawsuit, telling a Mobile, Alabama, radio station, “Eric Swalwell, if you’re out there, I’ll see you the next time we’re in Washington.”

Swalwell’s lawsuit alleges that Brooks, Trump and several GOP political allies including personal attorney Rudy Giuliani were “responsible for the injury and destruction” that took place on January 6 at the U.S. Capitol. The lawsuit primarily revolves around speeches given by Brooks and the other defendants at rallies just prior to the January 6 attacks which ultimately left five people dead.

“Today is the day American patriots start taking down names and kicking ass,” Brooks proclaimed to a raucous crowd outside the White House on January 6. Brooks went on to discuss how his ancestors “sacrificed their blood” to create the freedoms Americans know today.

“The horrific events of January 6 were a direct and foreseeable consequence of the defendants’ unlawful actions,” the lawsuit alleges, citing civil rights laws. “As such, the defendants are responsible for the injury and destruction that followed.”

Swalwell attorney Philip Adonian told Forbes magazine’s Andrew Solender Sunday that Brooks’ allegation of trespassing and accosting his wife are “utterly false.” Adonian noted that the individual who served the lawsuit “did not enter the house…and lawfully handed the paper to Mo Brooks’ wife at their home.”

Brooks last January parroted Trump’s unproven “voter fraud” claims and told Fox News at the time that if “only the legal votes” were counted, Biden would have lost the Electoral College vote. He went on to describe any Republican who refused Trump’s demands to unlawfully overturn the election results as “weakling, cowering and wimpy.”

Newsweek, much like Swalwell, was also unable to reach Brooks Sunday afternoon for additional remarks about the impending legal action. 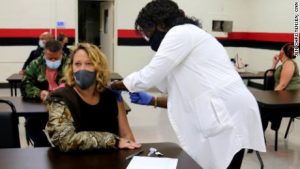 In rural Georgia, a door-to-door push to get neighbors vaccinated against Covid-19 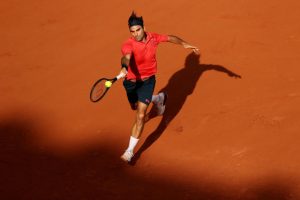