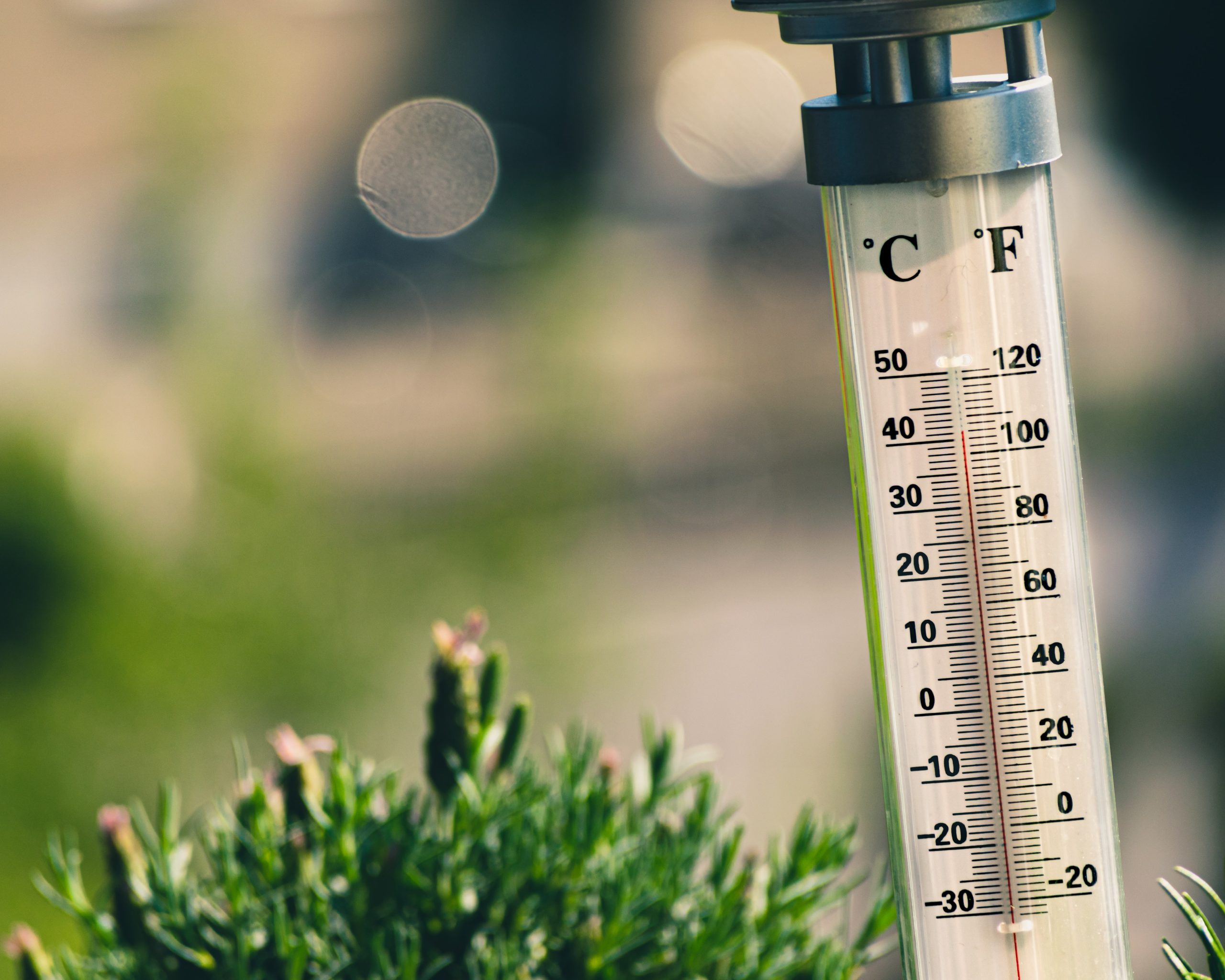 The record-breaking heat across much of the West was easing somewhat Monday, but a “heat dome” means temperatures could remain well above average highs all week, forecasters say.

So far this year, Pruitt’s hay crops have produced about half of what his land normally produces by this time, and he’s not alone. A region-wide hay shortage is driving up demand for the crop, and prices.

“It’s just not there,” he said. “We’re hearing the same thing from everybody else.”

On This German Farm, Cows Are in Charge. Or at Least Coequals.

Tom will lay his head in the lap of anyone who sits down to rub his neck, while Tilda prefers just to nuzzle her young son. Cuddles aren’t really Chaya’s thing, but if she’s in the mood, she’ll play pugnaciously with a bale of hay as if it’s a giant ball.

On any other farm, these three friends would no longer be alive. Tom was too small, Tilda too ill and Chaya too aggressive to survive on a modern industrial farm. Each was condemned to the slaughterhouse.

Plastic is the most common type of debris floating in the world’s oceans. Waves and sunlight break much of it down into smaller particles called microplastics – fragments less than 5 millimeters across, roughly the size of a sesame seed.

To understand how microplastic pollution is affecting the ocean, scientists need to know how much is there and where it is accumulating.

Thailand is tightening virus containment measures, imposing a ban on gatherings of more than five people and non-essential travel, along with an overnight curfew to quell a worsening Covid-19 outbreak.

This comes as the Southeast Asian country reported a record high of 9,418 community infections on Sunday, a day after recording a record of 91 new daily coronavirus fatalities. Thailand has had 336,371 confirmed infections and 2,711 deaths since the pandemic began last year.

The Thai health ministry on Sunday said more than 600 medical workers who received two doses of China’s Sinovac vaccine have been infected with Covid-19, as authorities weigh giving booster doses…

Plant-based diets may offer a protective advantage against severe COVID-19, finds a new study published in BMJ Nutrition, Prevention & Health. It is one of the first studies to investigate dietary patterns and COVID-19 outcomes.

A Chinese gene company selling prenatal tests around the world developed them in collaboration with the country’s military and is using them to collect genetic data from millions of women for sweeping research on the traits of populations, a Reuters review of scientific papers and company statements found.

When the Covid-19 pandemic struck Indonesia early last year, it didn’t take long for businessman Haryoseno to latch on to a 40-year-old parasitic drug known as Ivermectin as a potentially cheap and effective way to treat the coronavirus.

Using raw materials imported from India, his Jakarta-based Harsen Laboratories pharmaceutical firm produced a large cache of the drug, aware that its use against Covid-19 had not been approved by the World Health Organization (WHO) or national health regulators.

Biologist to Tucker: If Ivermectin proven effective against COVID, it moots vaccine push

An evolutionary biologist claimed Friday that, should the anti-malarial drug Ivermectin be proven effective against the coronavirus, it would moot the usage of and potentially the ability to administer the U.S. coronavirus vaccines currently active under the Food & Drug Administration’s Emergency Use Authorization.

Bret Weinstein – who previously made headlines after being pressured out of his biology professorship at Evergreen State College in Washington State for criticizing an anti-White “day-of-absence” – told Fox Nation’s “Tucker Carlson Today” that he has been analyzing the vaccines, and has summarily been censored for raising concerns about the shots and the medical establishment’s opposition to alternative treatments.

Use of the anti-parasitic drug ivermectin could reduce COVID-19-related deaths, data from a peer-reviewed study shows.

The study, published last week in the American Journal of Therapeutics, analyzed data from multiple clinical studies assessing ivermectin as a potential treatment for COVID-19. Ivermectin, which is approved by the U.S. Food and Drug Administration (FDA) as a treatment for intestinal strongyloidiasis and onchocerciasis, which are two conditions caused by parasitic worms, has anti-inflammatory properties.

A San Francisco Bay Area zoo is inoculating its big cats, bears and ferrets against the coronavirus as part of a national effort to protect animal species using an experimental vaccine.

Letting children catch Covid may be safer than giving them vaccine, say experts

Rising wave of cases may be better way to build immunity in teenagers than exposing them to potential risks from a jab, says JCVI scientist

Shipping Delays and Higher Rates Get Small Businesses Jammed Up

Long waits for merchandise deliveries and crippling costs are hobbling the efforts of small and midsize businesses across the U.S. to benefit from the economic recovery after a difficult year.

With retail giants like Walmart Inc. and Amazon.com Inc. rushing to restock to meet booming demand from U.S. consumers, smaller competitors are battling over dwindling cargo space on boxships coming in from Asia. Those who want immediate shipments often must pay about three times the going freight cost, according to brokers and cargo owners.

Shipping delays and high freight rates are among several challenges facing American businesses, which also are dealing with rising costs for products and a shortage of available labor. These factors weigh especially heavily on small businesses, which tend to have fewer resources to absorb price increases and less leverage either to negotiate lower rates or pass along the higher costs to customers.

Using a toilet can pay for your coffee or buy you bananas at a university in South Korea, where human waste is being used to help power a building.

Cho Jae-weon, an urban and environmental engineering professor at the Ulsan National Institute of Science and Technology (UNIST), has designed an eco-friendly toilet connected to a laboratory that uses excrement to produce biogas and manure.

The COVID-19 pandemic has caused price spikes for corn, milk, beans and other commodities, but even before the pandemic about 3 billion people could not afford even the cheapest options for a healthy diet.

Recent analysis of global food price data reveals that as of 2017, the latest available year, around 40% of the world’s population was already forced to consume poor-quality diets by a combination of high food prices and low incomes.

The virus pandemic forced millions of Americans to work remotely. In return, those with economic mobility could ditch the city life for rural areas, such as upscale mountain towns.

A flood of people poured into small resort towns such as Ketchum, located in Blaine County, Idaho, has created a multi-pronged issue, such as affordable living and labor shortages.

Higher Inflation Is Here to Stay for Years, Economists Forecast

Americans should brace themselves for several years of higher inflation than they’ve seen in decades, according to economists who expect the robust post-pandemic economic recovery to fuel brisk price increases for a while.

In late December, some 1,800 bulls left Spain for Turkey aboard a ship called the Elbeik. The trip was supposed to take around 11 days, then the cattle were to be sold, mostly to halal slaughterhouses, where they’d be killed with minimal suffering, as required by religious law.

At least it would have been swift. For the next three months, as the pandemic began to wreak havoc on global shipping, the vessel failed to unload its cargo, and the animals began to starve, according to an investigation by the Spanish government. Nearly 10% of the bulls died, their corpses thrown overboard or left to fester in the pens among the living. When the Elbeik returned to Spain, authorities ruled its remaining 1,600 animals were too sick to sell and had to be put down. 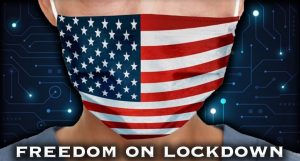 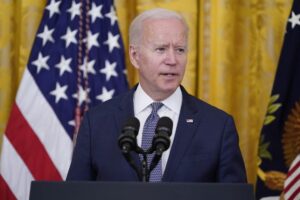 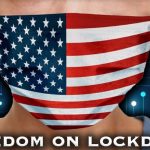 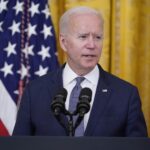 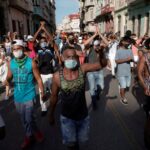