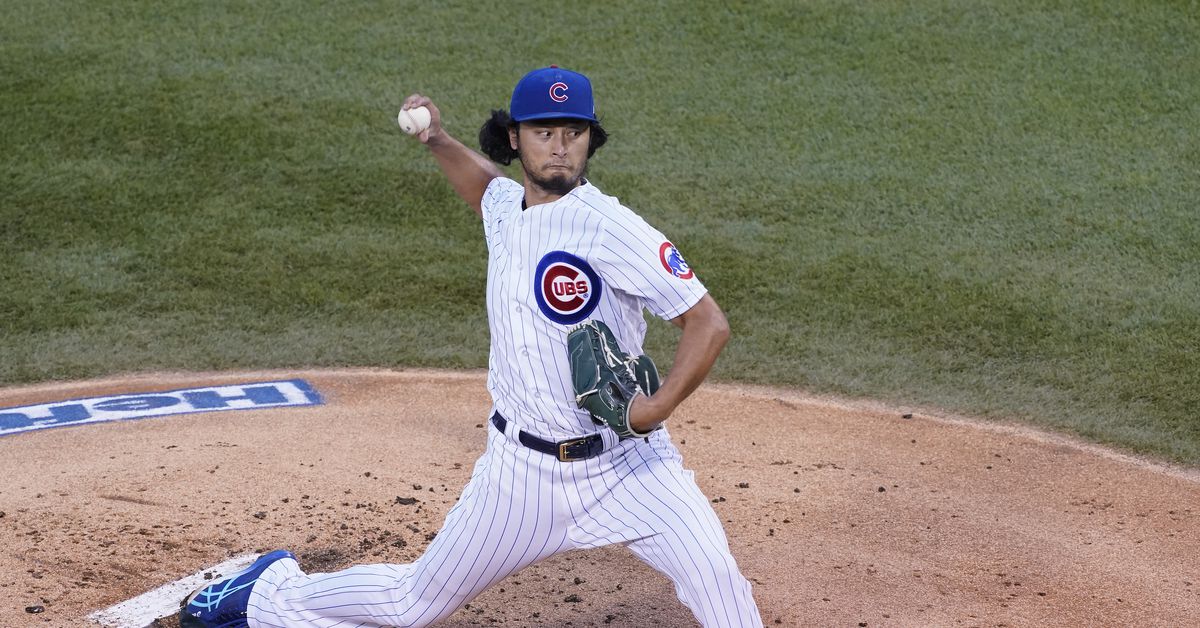 Right-hander Yu Darvish took a line drive off his backside in the sixth inning of the Cubs’ 6-3 victory Friday in the series opener against the Pirates at Wrigley Field.

It had to hurt. It certainly looked like it as he walked off the mound and to the dugout after the inning, rubbing the affected area and grimacing.

Oh, well. That was as bad as it got for the oft-put-upon Darvish on what was a truly excellent night for him. Even the ball that hit him caromed to shortstop Javy Baez, who threw to first base for the out.

Darvish entered start No. 41 with the Cubs stuck on a measly seven victories in his first 40, but this was an important follow-up to his disappointing outing against the Brewers in his season debut. He topped out at 98 mph. He worked quickly enough. Most important, he looked comfortable and confident.

And he feels close to where he was during a strong second half of the 2019 season, a stretch the Cubs dearly hoped would be a springboard.

“I feel the same as the second half, but I still need to work on my mechanics,” Darvish said. “I feel like it’s really close or the same.”

Right off the bat, Darvish walked Adam Frazier leading off the first. Instead of wallowing through a 20-plus-pitch frame, however, he picked Frazier off first. From there, he pretty much coasted, allowing two hits and striking out seven in six innings.

Perhaps not quite as stretched out as fellow right-hander Kyle Hendricks, who exceeded 100 pitches on his way to throwing an Opening Day shutout, Darvish ended at 86.

Show of hands: Who remembers pitcher Cody Allen? Allen was the Indians’ closer in 2016.

Show of hands: Who remembers what the Cubs did in 2016? Kidding. But Allen had an outstanding season and World Series with the Indians — and now he’s a Cub.

The Cubs agreed to a minor-league contract with Allen in the hopes that he’ll get it going again and come to the aid of a bullpen that is already struggling.

‘‘He’s going to try to build back up to the pitcher that we’ve seen in the past and a guy we’ve faced,’’ manager David Ross said. ‘‘When he’s right and his stuff’s right, he’s a pretty darn good big-league pitcher.’’

Speaking of members of the 2016 Indians, Cubs quality-assurance coach Mike Napoli is back with the Cubs after missing all of preseason camp and the first week of the season following a positive test for COVID-19.

After quarantining at home in Florida, Napoli, 38, went through the intake process in Chicago and was cleared Friday.

‘‘He’s here and smiling, [got] a fresh haircut, looks like he’s rocking the mullet for us,’’ Ross said. ‘‘He’ll bring us a little edge. It’s nice. Nap’s got an energy about him that will be nice for the group.’’

Closer Craig Kimbrel inherited a five-run lead entering the ninth inning and gave up back-to-back homers to start it. The word “exasperation” comes to mind.

“Gotta continue to get him out there and get him that work,” Ross said.

• Jason Kipnis pulled a solo shot off Pirates starter Trevor Williams for his first homer as a Cub.

• First baseman Anthony Rizzo was plunked on the inside of his left knee by Williams, his 151st hit-by-pitch. That ties him for 22nd all-time with Chet Lemon, and, only 30, he has a whole lot of career left. 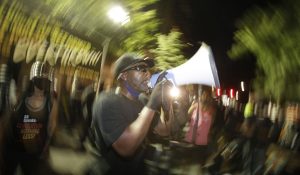 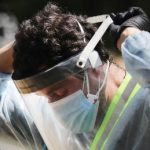 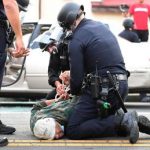