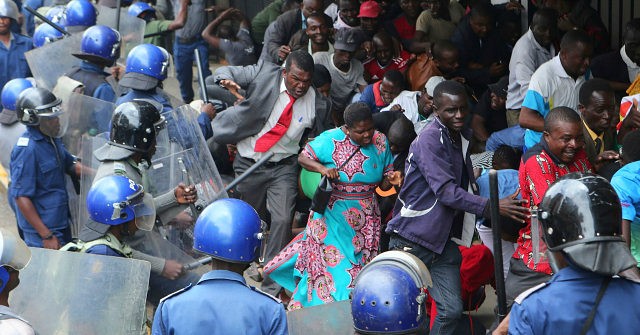 Police in Zimbabwe are being exposed to the Chinese coronavirus without the necessary personal protective equipment and are so tired and hungry that they are collapsing while on duty, the country’s police chief told lawmakers on Tuesday.

Providing oral evidence to the Health and Child Care Parliamentary Portfolio Committee on Tuesday, Police Commissioner-General Godwin Matanga outlined the challenges faced by his frontline workers during the pandemic.

“My understanding is that we are also in the frontline as much as doctors and nurses are,” he explained. “As we speak right now, some health workers are being paid risk allowances which is not happening to members of the ZRP whom l feel are much more at the forefront than the health officers.”

“Members of the police are required to minimize contact as far as possible,” he continued. “From the onset of the pandemic, PPE’s [personal protective equipment] was never supplied to our officers at ports of entry and quarantine centers.”

Matanga added that although many policemen had collapsed during their duties, no officer has tested positive for the coronavirus itself.

“Chair, l am very lucky. I have received quite a number of reports we felt that certain officers could have tested positive officers,” said Matanga. “Officers collapsed at police stations during the course of their duties, surprisingly after having gone through tests, they have tested negative including their families.”

“When you talk of medical staff, they want allowances in U.S. dollars, and in most cases, nurses are not there,” he added. “It is only the army and the police who will be doing everything. I recommend that the committee move around and see for itself. It is an area where the committee should look at.”

Another major problem faced by police officers is that many of them are going hungry and as a result are far more likely to turn to corruption to feed themselves and their families.

“It is very difficult to deploy hungry men and women,” he admitted. “They are very determined to work but at times, they do dubious things that are against our code of conduct. It’s true, corruption at quarantine centres is happening. It is a catch 22 situation.”

Evidence of such corruption emerged in April when Breitbart News reported that Zimbabwean police officers were allegedly soliciting bribes at coronavirus checkpoints imposed as part of the government’s travel restrictions. There have also been reports that police are vigorously imposing social distancing rules This week, authorities arrested 1,312 people in one day for violating lockdown measures, citing a “growing laxity” in people’s adherence to the restrictions.

Despite the strict measures and vulnerability of its poverty-stricken population, Zimbabwe remains one of the country’s least affected by the coronavirus worldwide. According to latest figures, the country of 14.5 million has recorded just 391 cases and four deaths, though many experts distrust Zimbabwe’s official statistics. 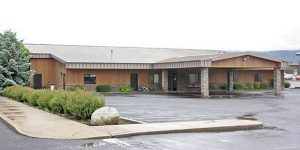