Concordia University in Irvine will discontinue its use of antigen testing for asymptomatic students and employees, after more than 50 false positives prompted unwarranted concern about a possible major coronavirus outbreak.

As of Wednesday, university officials said there were six active cases — four students and two employees — on campus as opposed to the more than 60 infections reported two days ago. Testing in another six cases has not been confirmed, and 55 students and employees have been confirmed as negative for the virus, they said.

Campus officials had canceled athletic practices and urged against out-of-state travel for Thanksgiving because of the erroneous test results, which were preliminary pending confirmation from an outside lab.

The university previously had been posting only confirmed test results on its COVID-19 dashboard, but made an exception for the unconfirmed numbers because of the indication of a “potential outbreak.”

“We praise the Lord that many of the confirmation tests are coming back negative,” Concordia’s COVID-19 response team wrote in a campus update Wednesday.

Officials said the high number of “false positives” was “not entirely uncommon” because the rapid testing machine has about an 80% accuracy rate.

Because of the test results, the Orange County Health Care Agency advised the university to stop using the antigen test for asymptomatic individuals. Instead, the university will use the PCR molecular test, which is processed in an outside lab.

According to the university, preliminary results indicated that spread has been mostly contained to small friend groups and suitemates.

Concordia, a private Lutheran university with more than 4,000 students, previously announced that most of its classes would move back to online instruction as of Monday. 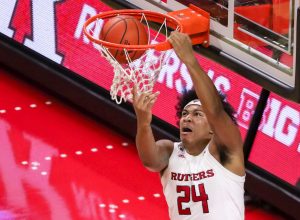 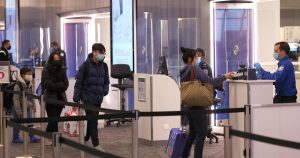