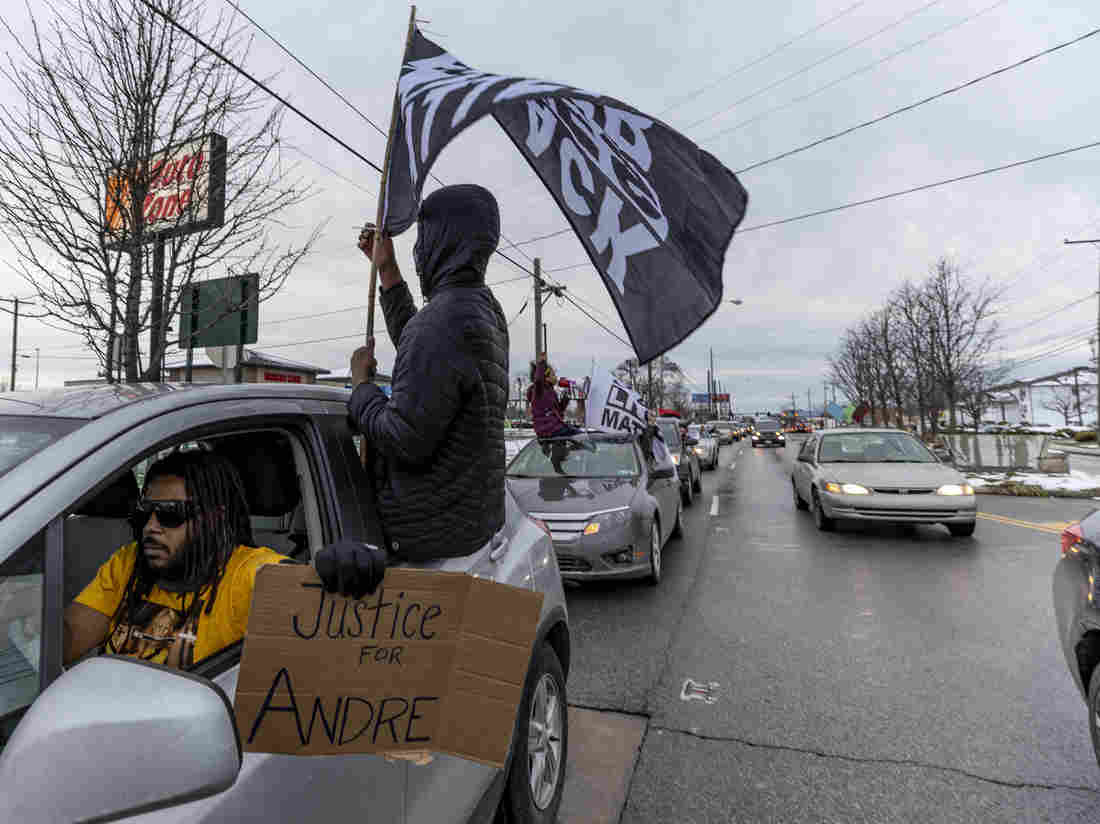 Advocates against police brutality organized a caravan protest after the killing of Andre Hill in Columbus, Ohio. Officer Adam Coy was fired from the Columbus Police Department on Monday for his role in fatally shooting the 47-year-old on Dec. 22. SOPA Images/SOPA Images/LightRocket via Gett

Police Chief Tom Quinlan, as well as the city’s mayor and other leaders, have called for Coy’s dismissal since the shooting on Dec. 22. Following a disciplinary hearing Monday, Public Safety Director Ned Pettus agreed.

“When I became chief, I changed our core values to include accountability,” the police chief said in a statement Monday, NPR member station WOSU reported.

“This is what accountability looks like. The evidence provided solid rationale for termination. Mr. Coy will now have to answer to the state investigators for the death of Andre Hill.”

Pettus, who is the only official with the authority to fire police officers, said Coy had violated the department’s use-of-force policy, failed to follow protocol by delaying the activation of his body camera, and failed to render aid to the dying man.

“The actions of Adam Coy do not live up to the oath of a Columbus Police officer, or the standards we, and the community, demand of our officers,” Pettus wrote in a statement. “The shooting of Andre Hill is a tragedy for all who loved him, in addition to the community and our Division of Police.”

Coy and another officer responded to a call about a suspicious vehicle at about 1:30 a.m. on Tuesday. Upon their arrival, they found Hill sitting in a vehicle inside an opened-door garage. The officers approached the 47-year-old with shining flashlights. Hill walked toward the pair, holding up a cell phone. About five seconds later Coy shot Hill.

The incident was only partially captured by the officer’s body camera. The devices within the department are set up so that they are always running and overwriting unwanted footage. However, once they are switched to record, the camera automatically keeps the previous 60 seconds of footage minus the accompanying audio. That is why aspects of the lead up to Hill’s killing remain a mystery. Officer Coy turned on his own camera only after he’d already shot at the man who lay on the ground dying.

As the officers waited for medical help to arrive, neither offered Hill any assistance for approximately five minutes. They did not try to stop the man’s bleeding. Instead, as Hill lays on the floor, Coy, a white, 19-year veteran officer commands, “Don’t move dude.”

A preliminary report from the Franklin County Coroner’s Office released Monday, ruled Hill’s death a homicide. It said the preliminary cause of death was multiple gunshot wounds with a full report expected in 12 to 14 weeks.

Coy did not attend the disciplinary hearing but members of the Fraternal Order of the Police attended on his behalf.

FOP officials did not immediately respond to NPR’s questions about Coy’s termination.

Despite the officer’s dismissal, it is possible Coy could rejoin the force. As WOSU reported:

“Even if an officer is fired, it is still possible that they could be reinstated through union arbitration. Columbus’ police union contract gives officers the right to appeal any disciplinary decision. A 2017 investigation by WOSU found that, in the previous decade, Columbus Police fired 14 officers and rehired three of those officers after appeals from the FOP.”

Hill’s friends and family have described him as being passionate about the Black Lives Matter movement. The Columbus Dispatch reported, “Hill was wearing a BLM shirt early Tuesday morning when he was confronted by Coy and the female officer.”

Coy remains under criminal investigation in the shooting with the Ohio Bureau of Criminal Investigation leading the inquiry. Additionally, U.S. Attorney David DeVillers said his office will review whether any federal civil rights laws were violated.

Hill’s killing was the second officer-involved shooting in Columbus in a span of three weeks, setting off a new round of protests against local law enforcement and accusations of excessive use of force.

In that instance, Meade confronted Goodson while conducting a search for a suspect in a case. However, Goodson was not the suspect and was on his way home, taking lunch to his family. The encounter escalated quickly and Meade fatally shot Goodson.

A preliminary report from the county coroner said the man likely died from multiple gunshot wounds to the torso. 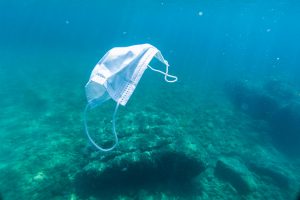 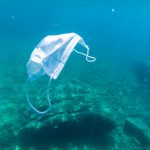 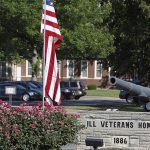 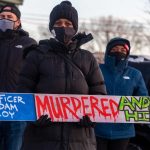 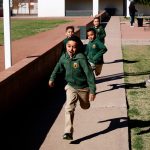