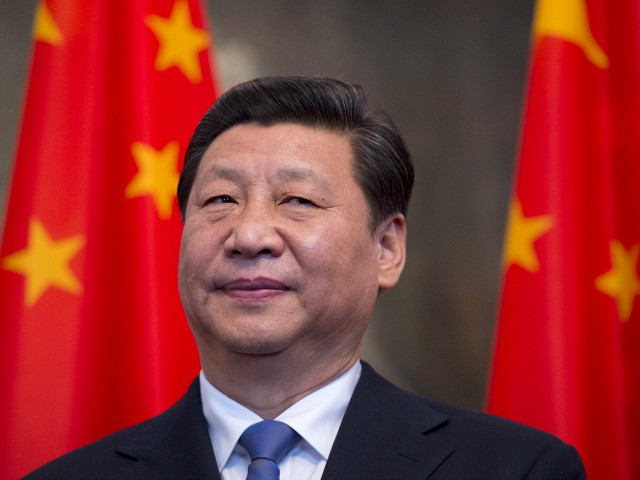 China’s state-run People’s Daily on Tuesday accused the United States of “sabotaging” the global battle against the Wuhan coronavirus by criticizing the Chinese Communist Party (CCP).

The latest twist to Chinese propaganda is an allegation that the U.S. ignored warnings from China and the World Health Organization (W.H.O.), a perfect inversion of the reality that W.H.O. spread false information fed to it by China that greatly increased the damage caused by the coronavirus in countries that took the W.H.O. seriously.

The People’s Daily claimed the entire world is in “shock” over America’s handling of the coronavirus pandemic, basing its claim of “sabotage” largely on claims that the United States has handled the disease poorly and wallowed in “egoism” by blaming the CCP for unleashing it:

The US now has the largest number of confirmed cases and fatalities of COVID-19 in the world, and is the current epicenter of the pandemic. Its reluctance to promote global cooperation to tackle the lethal virus has made it a less credible and consistent partner for the international community. Experts and officials around the world have criticized the nation’s egoism amid a global pandemic, condemning its failure to protect its own people, as well as its hindering of joint global efforts to stop the virus’ spread.

The CCP claimed the United States ignored “warnings” from W.H.O. and undermined global health by freezing contributions to the organization — an order of magnitude larger than the funding contributed by China — until allegations of malfeasance at W.H.O. are thoroughly investigated:

Despite being the world’s leading power in medical technology, the US has turned a blind eye to the global crisis, sabotaging joint efforts to tackle the lethal virus. Amid swirling questions over whether the US government ignored warnings from the WHO and countries like China about the virus’ potential severity, the White House has sought to assign blame elsewhere, creating obstacles for international cooperation on pandemic control.

President Trump’s decision to cut WHO funding in April led to an outcry in the international community. Even in the US, voices criticizing the US’ egoism amid the global pandemic have become increasingly loud. Amesh Adalja, an infectious disease expert from Johns Hopkins Center for Health Security, was quoted as saying by Aljazeera that such selfish behavior is not “the type of thing you do in the middle of a pandemic.”

Among the most famous of the allegations against the W.H.O. — not really an allegation, but a documented matter of fact — is that the organization did not warn the world adequately about the coronavirus, instead relaying deliberate falsehoods from China that human transmission was impossible. The nation with the most effective coronavirus response, Taiwan, tried to warn W.H.O. about the true nature of the virus and was ignored.

China is still blocking Taiwan from membership in W.H.O. for purely political reasons and attacking Taiwan’s supporters. In fact, China is intensifying its belligerent rhetoric and campaign of military intimidation toward Taiwan

In another act of projection, the People’s Daily accused the U.S. of “scooping up much-needed medical resources, leaving other nations, even its allies, in despair.” This is exactly what China did early in the pandemic, using nominally private entities under the CCP’s control to buy up medical equipment by the ton and ship it to China.

People’s Daily made this case by harping on a complaint made by Germany in early April about the U.S. supposedly “confiscating” masks from American manufacturer 3M before they could be shipped from Bangkok to Berlin. Chinese propaganda incessantly quotes early statements from German politicians complaining of American “piracy,” but 3M denied those allegations and the complaint shifted to less sensational allegations that the U.S. government was outbidding other buyers for protective masks on the red-hot global market. As of May, the U.S. government is more commonly criticized for allowing too many American-made masks to be exported when domestic stockpiles are running low.

The CCP has a habit of scanning the news for items critical of the United States, frequently recycling articles from months ago, to assemble slapdash hit pieces that try to project Communist China’s sins onto its accusers. The importance of constantly repeating the truth about the coronavirus pandemic, its origins, and how it was made worse by the CCP’s secrecy and deceptions cannot be overstated. 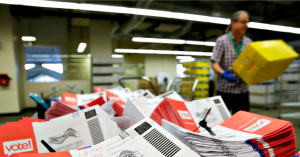 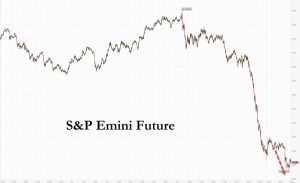