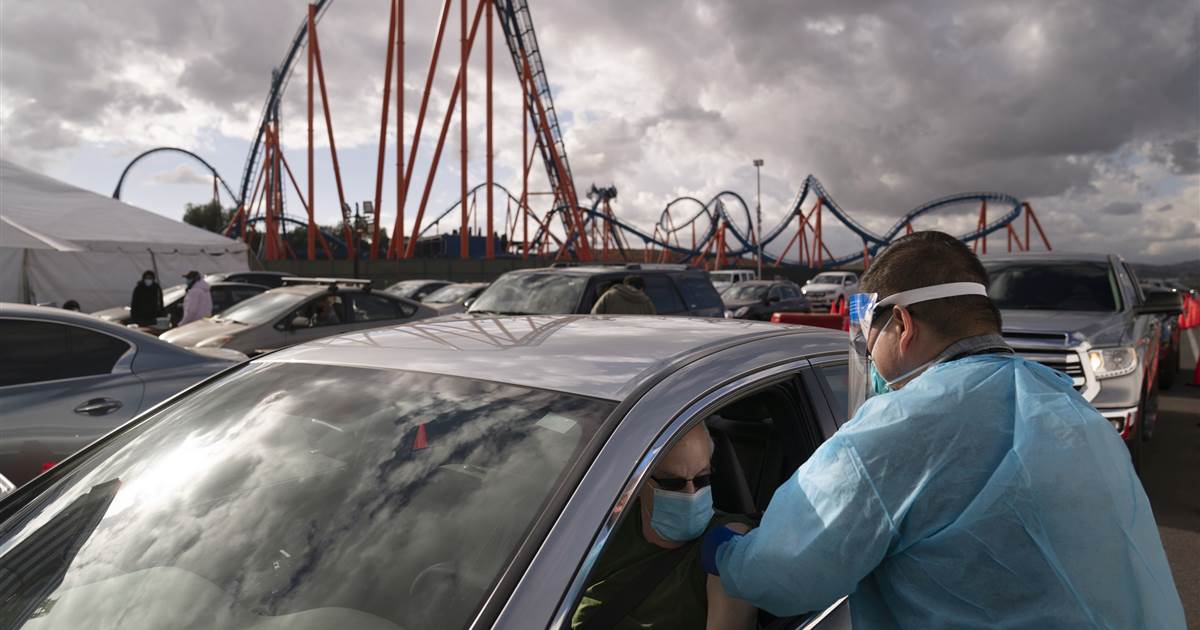 At any given time, Fresno County resident Angélica Salceda has at least four websites open on her phone in hopes that one of them might tell her when it’s time for her parents to be vaccinated.

Every day, she checks the health department websites for Fresno County and neighboring Madera County, where her parents live, as well as their medical provider’s page and the state’s newly launched My Turn portal.

Salceda worries that her 66-year-old father, who milks cows at a dairy farm, and her 64-year-old mother, who is a child care provider, might be exposed to the coronavirus through their jobs, which are considered essential.

“I’ve been really confused by the vaccine rollout,” she said. “We’re all at this point, especially those of us looking for appointments for our elders, where we’re looking everywhere.”

In a state known as the birthplace of Big Tech, California’s vaccine distribution has been slow, confusing and frustrating for many of its 40 million residents. The initial rollout used a piecemeal approach that relied on counties and cities with their own health departments to distribute Covid-19 vaccines to eligible populations. But that approach has only deepened existing disparities between California’s wealthy areas and the state’s most vulnerable communities.

While affluent regions like the San Francisco Bay Area in Northern California and Long Beach in Southern California were able to efficiently vaccinate their first batch of eligible residents, overburdened communities in parts of Los Angeles and the Central Valley have struggled to meet early demand as supplies remain low throughout the state.

“We’re one of the most innovative states in the world, not just the country, and yet we failed in the most basic ways,” said Nick Vyas, executive director of the University of Southern California’s Center for Global Supply Chain Management. “We missed the opportunity to set the system up right the first time.”

People are vaccinated against Covid-19 at the Santa Clara County Fairgrounds in San Jose, Calif., on Dec. 17.Randy Vazquez / Pool via Getty Images

California had administered more than 3.5 million doses as of Wednesday, but it still lags behind many states in overall vaccinations, according to the Centers for Disease Control and Prevention. The state has used only about 60 percent of its allotted vaccine doses, ranking it in the bottom third of all 50 states.

The problem has been especially pronounced in Fresno, a small county with a large share of agricultural workers. The county Board of Supervisors recently sent a letter to Gov. Gavin Newsom pleading for more doses after the county was forced to scale back vaccination efforts because of dwindling supplies.

As of last week, Fresno had the capacity to distribute 30,000 doses a week, but the current state allocation is only 8,000 a week, said Joe Prado, Fresno County’s community health division manager.

Meanwhile, San Francisco has leveraged its own resources and those of major health care providers, such as the University of California, San Francisco health system and Kaiser Permanente, to begin setting up mass vaccination sites. The first, at the City College of San Francisco, opened Jan. 22, and the city says it plans at least two more high-volume sites that it says could eventually vaccinate 10,000 people a day.

Mayor London Breed has said the city also plans to handle vaccinations through the city’s network of community clinics and to use mobile vaccination teams to send vaccinators into high-risk neighborhoods.

Dr. Susan Philip, San Francisco’s director of disease prevention and control, said the vaccine rollout in the city would be worse without the presence of large health care systems like UCSF and Kaiser.

But, Philip added, the huge workforce is something of a double-edged sword for the city. It means that it will take longer to vaccinate the entire health care workforce, delaying vaccinations for other high-risk groups, including teachers and people ages 65 and older.

Motorists line up for Covid-19 vaccinations and testing in the parking lot of Dodger Stadium in Los Angeles on Jan. 27.Jae C. Hong / AP

Los Angeles County has experienced a similar problem with its robust medical workforce. Public health officials were still working to vaccinate 700,000 to 800,000 medical workers when Newsom opened eligibility to people over 65.

When accounting for seniors and medical workers, the county would need 4 million doses to inoculate the first set of eligible residents. As of last week, the county had received fewer than 1 million doses.

But even within Los Angeles County, disparities have surfaced in cities with independently run public health departments. Long Beach, a coastal city with a robust port economy, has administered nearly 50,000 doses, covering the majority of its health care workers, and it has already moved on to vaccinating teachers, food service workers and people over 65.

Dr. Tomás Aragón, director of the state Public Health Department, said cities like Long Beach benefit from having “double coverage” because they can rely on the county and their own health departments to address demand. But with 10 million residents, the greater Los Angeles County is “like a country in itself,” he said.

“We’re going through a lot of growing pains,” Aragón said. “These vaccines were just approved in mid-December, when we were in the middle of a winter surge.”

To address initial shortcomings, Newsom, who is facing a recall effort, and the Biden administration announced a pilot program to create community vaccination sites in Oakland and Los Angeles. The initial sites, part of a larger effort to open 100 sites in President Joe Biden’s first 100 days in office, are aimed at getting the vaccinations to underserved communities.

“This is an equity-driven, community-based partnership,” Newsom told “NBC Nightly News.” “You’ve got to go where people are.”

One center will be in the Oakland Coliseum, where the Oakland Athletics baseball team plays, and the other will be at California State University, Los Angeles. Both will be adjacent to communities hit hard by the pandemic.

The announcement follows a major shift — it was revealed last week that California is creating a centralized vaccine distribution system led by the insurance giant Blue Shield.

The sudden shift favors the use of technology in the war against Covid-19, but it poses potential problems for communities that don’t have access to the internet, let alone smartphones or computers.

“It’s very disheartening to see the level of disparities when it comes to the rollout,” Salceda of Fresno said. “The state has to do better ensuring that our communities have access to the vaccine, information about getting the vaccine and a number of alternative ways to get the vaccine.”

Salceda, the democracy and civic engagement director for the American Civil Liberties Union of Northern California, considers herself to be tech savvy and fluent in the digital space. It was her patience that helped her unravel the bureaucratic tangle that is Los Angeles’ vaccination appointment system for her good friend Sonja Diaz.

Diaz, a Los Angeles resident who is founding the director of the UCLA Latino Policy & Politics Initiative, spent hours navigating the county’s online portal to book appointments for several of her elderly relatives, who were having trouble confirming vaccinations at Dodger Stadium.

She documented the hourslong experience on Twitter, saying her 85-year-old grandfather could not figure out how to open a QR code attachment or print it out. Her uncle and her mother could not open a text code sent to their phones.

“It’s like winning the Lotto or getting the Golden Ticket at Charlie and the Chocolate Factory,” Diaz said. 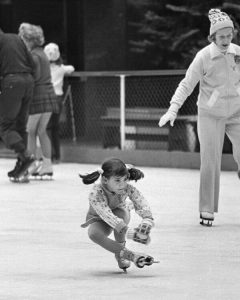 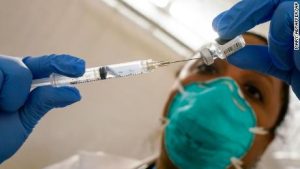