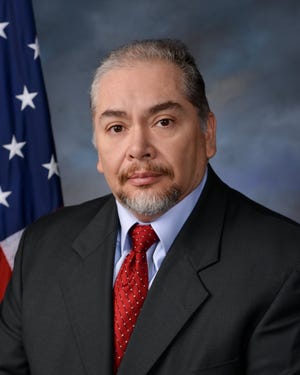 LOUISVILLE, Ky. – As a detective descended the stairs inside a Dayton, Ohio, house to serve a search warrant, one of the suspects pointed a gun and fired.

Jorge Del Rio, a 55-year-old Mexican native and Indiana University graduate who dedicated three decades of his life to the Dayton Police Department, collapsed in front of his fellow drug officers.

The husband, father of five and grandfather, who once thwarted a double murder plot, died three days later. Because he had decided to be an organ donor — itself an act of public service — his kidney saved a woman’s life.

Del Rio spent nearly 20 years as a task force officer with the U.S. Drug Enforcement Administration and was shot while targeting traffickers peddling cocaine and fentanyl.

The Ohio drug ring is connected to a large cross-country drug network based on the West Coast and supplied by the infamous Sinaloa Cartel, Jarod Forget, special agent in charge of the DEA’s Washington, D.C. Division, told the Courier Journal, which like USA TODAY is a part of the USA TODAY Network.

“We were able to fully identify the drug-trafficking organization from California to the Ohio one — the same people responsible for killing the TFO (Del Rio) — and take that whole thing out,” Forget said.

Forget briefed reporters Wednesday, May 26, 2021, in Washington about the multi-million-dollar network that saturated American neighborhoods with as much as 99 metric tons of drugs since 2017.

During the investigation, agents intercepted as many as 21 million potentially lethal doses of fentanyl, the top illicit drug killing Americans during the deadliest drug crisis in the nation’s history.

How drug money is hidden:Chinese nationals used US banks to launder millions in drug profits for Sinaloa Cartel

Sinaloa Cartel members across the border in Mexicali, Baja California, and throughout the state of Sinaloa on Mexico’s West Coast sent millions of dollars of drugs into the U.S. to supply the large network, court records show.

Mainly, they preferred stashing the drugs in the middle of legitimate shipments on semis, or hidden in cars and trucks and driven through a legal point-of-entry at the border of Tijuana and San Diego, according to investigators.

Cartel members are accused of bribing corrupt government and military officials in Tijuana to get their product safelyto America. If there was a concern, the cartel pivoted and used the entry point at the border of San Luis, Arizona.

Once inside the U.S., drugs were sent to the Los Angeles area. Some were sold to area traffickers to target local users. Los Angeles also served as a hub to gather and store large shipments eventually headed to Ohio; Virginia; Maryland; Washington; Connecticut; and beyond.

More than 30 defendants have been charged during the four-year investigation.

Police and agents seized more than 110 guns, including sawed-off shotguns, rifles and handguns and bullets that can penetrate body armor.

Investigators intercepted 42 kilograms of fentanyl with a street value of about $5.2 million. They also found nearly $12 million worth of cocaine, heroin and methamphetamine.

That led to the December arrest of Andre E. Hamilton. During a search of his home in Silver Spring, Maryland, investigators said they found 1.5 kilograms of cocaine and $65,000 in cash.

Hamilton, who faces a federal charge of conspiracy to distribute 50 or more grams of cocaine, maintains his innocence.

Last week, prosecutors filed a motion asking for the authority to keep the items, along with a $42,500 2016 Mercedes-Benz SUV from a D.C. parking lot, if Hamilton is convicted at trial.

The investigation into Hamilton and the cell, operating mainly in D.C. and Virginia, spawned other investigations throughout the country. It also helped expose drug networks in California, Ohio and Connecticut.

“We identified a cell, took it down, and were able to leapfrog to the group that supplied that cell,” Forget said.

Why Ohio detective was shot

In Dayton, members of a different DEA task force were listening to a call when Nathan S. Goddard Jr. offered to sell a customer a “whole one” of “fetty” for “60,” slang for a kilogram of fentanyl for $60,000.

According to a DEA agent, task force members knocked on the door and announced they were police. When no one answered, they searched the house. Del Rio headed down the basement stairs, where Goddard and three others were gathered.

Police say Goddard opened fire, deliberately shooting Del Rio. When officers got to the basement, they spotted a pistol on the floor. It had laser sights and an extended magazine and was loaded with bullets capable of piercing police body armor.

Another suspect had the same type of gun holstered on his hip. Investigators also found an assault rifle in a storage area underneath the basement staircase.

Elsewhere in the basement, police found a money counter and drug press, plastic bags with as much as 60 pounds of marijuana stacked on the floor next to a television, about $11,000 in cash spread out on a coffee table and an estimated $40,000 shoved in a duffel bag.

Goddard, then 39, told police the drugs were his and he fired two or three shots at the man on the stairs because he thought he was being robbed, an agent stated in the criminal complaint.

Prosecutors have sent information on the case to Department of Justice officials for review. Attorney General Merrick Garland will decide whether federal prosecutors in Ohio seek a death sentence if Goddard is convicted of killing Del Rio.

A decision is expected by October, according to court filings.

When Goddard and others were arrested in the Ruskin Road basement, investigators found at least 400 grams of fentanyl — enough for 200,000 doses — some marijuana and at least 500 grams of cocaine, an Ohio DEA agent stated in the federal complaint against Goddard.

Anderson is accused of leading the U.S. side of the expansive drug network, directing the shipment of drugs by tractor-trailers from California to Ohio, the Washington, D.C., Maryland and Virginia region and other locations, prosecutors said in court documents.

Agents arrested Anderson at a Los Angeles restaurant in January. He maintains his innocence, and his attorney argued that Anderson had no history of violence, tended to his mother, cared for his children during the daytime and successfully bred dogs, according to court documents filed by the defense.

Agents blame Anderson for ordering Fredrick Sutherland, the independent driver of a white tractor-trailer, to deliver the drugs to the Dayton home where the task force officer was shot and killed. Prosecutors wanted him in Ohio.

Agents flew Anderson from California to Lexington, Kentucky, on March 26 and headed north to the Butler County Jail in Ohio.

Sutherland, based in Los Angeles, later admitted he worked for Anderson and hauled drugs to several states across the country and to the East Coast. This included delivering 20 kilos of fentanyl to New York.

Investigators also went after the duo blamed for arming Goddard and his Dayton crew with illegal guns.

Arland Mills, 42, pleaded guilty in November to paying a 50-year-old Trenton, Ohio, man to illegally buy several firearms for him, including the gun used to shoot the Dayton detective, according to the website for the U.S. Attorney for the Southern District of Ohio.

Mills must forfeit 28 firearms and faces up to 10 years in prison.

Inside a Washington ‘stash’ house

Agents zeroed in on two men they considered to be major players blamed for an influx of drugs to the Washington, D.C., metropolitan area.

The first one, Maryland resident Roger Vincent, 42, pleaded guilty in 2019 to trafficking cocaine and heroin. He had a “stash house” in Washington, where DEA agents found cocaine, heroin and a handgun modified to function fully automatic, allowing a rapid burst of fire.

Investigators arrested the other man they labeled as a major area supplier, Romaine Anthony Dixon, in Virginia in February 2020. Inside his car, police found 25 kilos of cocaine and more than $11,000 in cash.

At Dixon’s residence in Camp Springs, Maryland, law enforcement found more than $1 million in cash, jewelry valued at more than $244,000, a kilo of cocaine, a kilogram of fentanyl, three firearms and body armor-piercing ammunition.

Five months after his arrest, Dixon, 32, pleaded guilty to trafficking 5 kilograms or more of cocaine from May 2019 through February 2020.

Dixon typically traveled to California every three to four weeks to buy $500,000 worth of cocaine from Mexican cartel associates. He and his co-conspirators would then ship the drugs in large crates to Washington.

In January, a federal judge in Alexandria sentenced Dixon to serve 11 years and eight months in prison.

The investigation led to the largest ever seizure in Loudoun County, Virginia, netting more than $6.5 million in drugs, guns and cash, according to Forget and the Loudoun County Sheriff’s Office, which helped investigate the case. The seizure included 50 kilos of cocaine, one kilo of heroin, two kilos of fentanyl and 100 fentanyl pills — which are made to resemble prescription pain pills but are much more lethal.

Despite all of the arrests, the case still isn’t over. Agents are now searching for a suspect in Mexico and continuing investigations into other people. 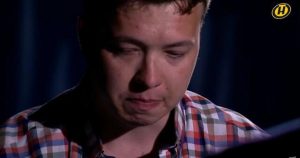 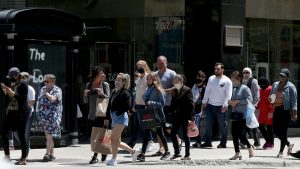 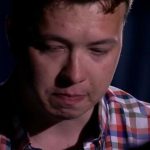 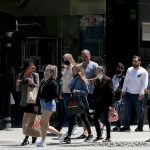 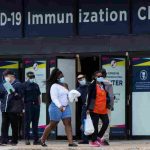 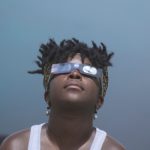