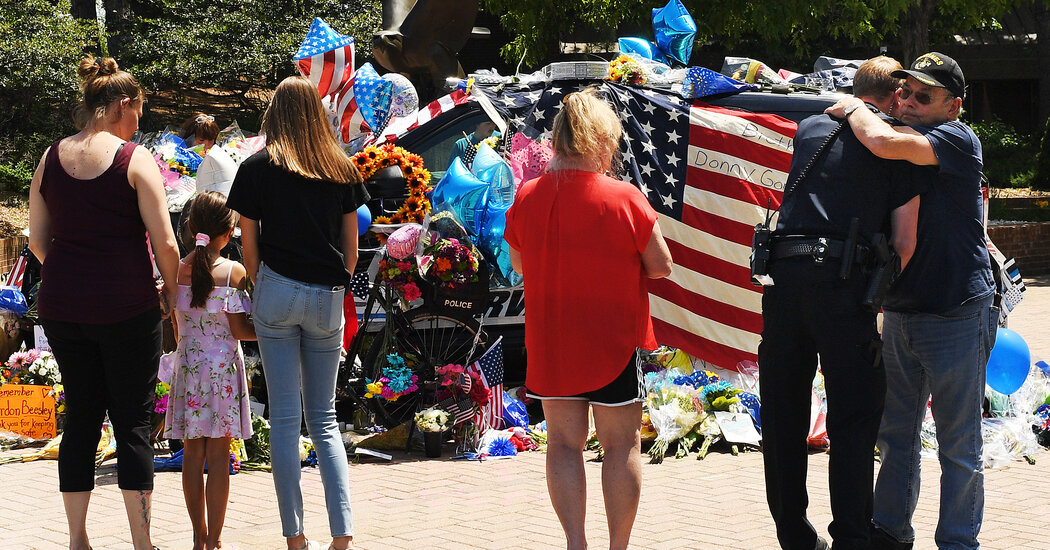 The police in Arvada, Colo., said a good Samaritan who fatally shot a gunman who had just killed a police officer was himself shot by responding officers.

A bystander who intervened in the shooting of a police officer in Colorado on Monday by shooting the gunman was himself fatally shot by a responding police officer, the authorities said on Friday.

The police department in Arvada, Colo., just outside Denver, shared a timeline on Friday that outlined what the police chief, Link Strate, described as a tragic sequence of events that resulted in the deaths of a good Samaritan and a police officer.

The police said they responded to a call of a suspicious person at Arvada’s Olde Town, a downtown district with shops, restaurants and bars, at 1:31 p.m. local time on Monday.

A teenager had reported that an older man had walked up to him, “made a weird noise, and showed them a condom,” Chief Strate said in a video.

Officer Gordon Beesley encountered the man, identified by the authorities as Ronald Troyke, 59, who had a shotgun. The police said Mr. Troyke ran after Officer Beesley and shot him twice, adding that Officer Beesley did not reach for his gun or have time to defend himself.

Officer Beesley was “brutally ambushed and murdered by someone who expressed hatred for police officers,” Chief Strate said, adding, “What happened next is equally tragic.”

Mr. Troyke returned to his truck to retrieve an AR-15, the police said. He then returned to the square, where he was confronted by the bystander, Johnny Hurley, 40, who shot him with a handgun, according to the police.

“We lost two heroes on June 21,” Chief Strate said, referring to Mr. Hurley and Officer Beesley, who had been with the department for 19 years and who was Arvada’s 2014 employee of the year.

“Now, more than ever, we must pull together and support each other through this difficult time,” Mayor Marc Williams and the City Council said in a statement. “We will follow Officer Beesley’s example, and we will continue to find and grow what is good in our community.”

Chief Strate said Mr. Hurley’s actions saved lives and what he did “can only be described as decisive, courageous and effective.”

“Mr. Hurley intervened in an active shooting that unfolded quickly,” Chief Strate said. “He did so without hesitation.”

The authorities did not say who had shot Mr. Hurley.

The police said Mr. Troyke’s brother called the authorities before 1 p.m. on Monday to ask them to check on his brother because he was going to “do something crazy.”

Two officers arrived at Mr. Troyke’s home within 20 minutes but were unable to make contact with him, according to the timeline.

After the shooting, the police said investigators found a document written by Mr. Troyke in which he stated that his goal was to “kill as many Arvada officers” as possible and that “hundreds of you pigs should be killed daily.”

A GoFundMe page for Mr. Hurley’s family set up by Brian Romero said Mr. Hurley lived and worked in Colorado his whole life.

“Johnny lived simply and had meager possessions,” Mr. Romero wrote. “He loved the outdoors, had a passion for food and cooking, and loved spending time with family even briefly when possible.”

The post said Mr. Hurley was survived by his parents and a sister. 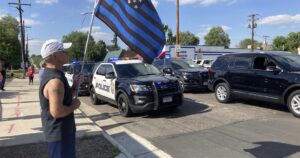 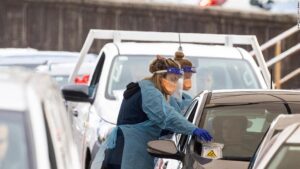 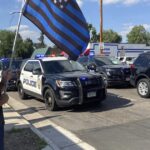 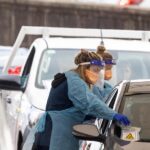 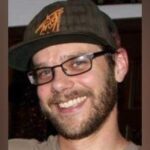 A 'heroic' man who fatally shot a gunman was himself killed by a responding officer, Colorado police say 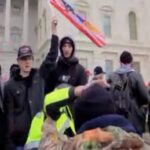