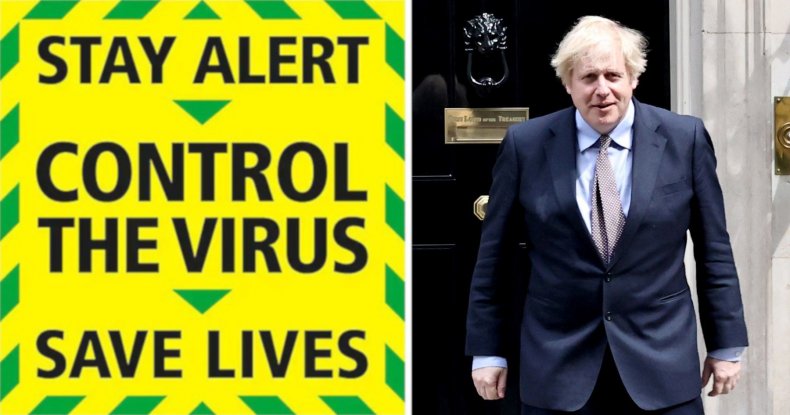 U.K. Prime Minister Boris Johnson has told the country that he hopes restaurants and some parts of the hospitality industry can reopen by July, as he set out a roadmap for easing the COVID-19 lockdown in the country.

The prime minister also said that schools in England, shops and nurseries could partially reopen from June and more outdoor activity will be allowed in England from this Wednesday.

Johnson said it was his aim to get shops and primary schools back from 1 June, starting with reception, year 1 and year 6.

He delivered the announcement this evening, setting out the U.K.’s plans on how to ease the lockdown but added that there was “no immediate end to the lockdown” as people will still be required to stay at home most of the time.

He said: “So I want to provide tonight – for you – the shape of a plan to address both fears.

“Both to beat the virus and provide the first sketch of a road map for reopening society.

“A sense of the way ahead, and when and how and on what basis we will take the decisions to proceed.”

Johnson launched a new slogan before the announcement, telling the public to “stay alert, control the virus, save lives”.

The prime minister also said people have been told to work from home if they can, but added: “We now need to stress that anyone who can’t work from home, for instance those in construction or manufacturing, should be actively encouraged to go to work.”

He also praised the public who have been under lockdown since March 23, saying he praised the “patience and common sense” of the country as well as the “bravery and hard work” of NHS staff and care workers.”

Johnson also thanked other essential workers including the bus drivers, the police and bin collectors, as well as the scientists working to find a vaccine.

It comes as the U.K.’s death toll increased by 269 today, bringing the total number of people who have died from the virus to 31,855, the highest in Europe.

The prime minister also announced the launch of a new color coded five-tier warning system as part of his plan to ease lockdown measures in the U.K.

The warning system will be administered by a new “joint biosecurity centre” and will detect local increases in infection rates, with a view to adjusting lockdown and social distancing measures on a more local level.

Johnson chaired a meeting of the emergency Cobra committee with Cabinet ministers as well as the leaders of the devolved nations and London Mayor Sadiq Khan before his 7pm pre-recorded address.

The prime minister’s change in message to the public from “stay at home” to “stay alert” has been criticised by opposition parties who worry it could lead to confusion among the public.

Shadow health secretary Jonathan Ashworth of the Labour party warned that people might be “puzzled” by the change.

Boris Johnson has changed the core messaging around the U.K.’s response to COVID-19 Jon Bond

Meanwhile, Scottish First Minister Nicola Sturgeon said: “The Sunday papers is the first I’ve seen of the PM’s new slogan. It is of course for him to decide what’s most appropriate for England, but given the critical point we are at in tackling the virus, “Stay Home Save Lives” remains my clear message to Scotland at this stage.”

The Government will publish a 50-page document on Monday, outlining the full plan to cautiously re-start the economy to MPs.

This is a developing story 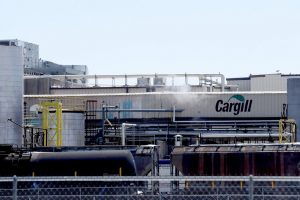 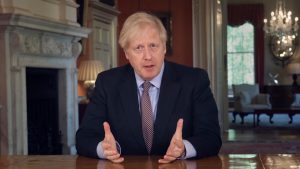