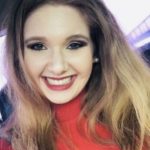 It’s a question I’m sure many of you are asking — especially as the number of twists and turns keeps growing.

The latest twist is state Attorney General Mark Brnovich’s decision to open an investigation into the Maricopa County Board of Supervisors over its objections to Arizona Senate subpoenas that demand the board “turn over ballots, routers, and other records,” Business Insider reported on Monday.

In a letter dated Aug. 6, the Attorney General’s Office informed the country it was launching a formal investigation into the board’s alleged “failure to comply.”

The investigation is a response to a request on Aug. 3 by Arizona state Senate Majority Whip Sonny Borrelli, after the Maricopa board on Aug. 2 refused to comply with a July 26 subpoena for an array of election-related materials.

“In the report, the Attorney General will reach one of three conclusions,” the letter states. “If MCBOS has not violated any provision of state law or the Arizona Constitution, the Office will take no further action.”

“If MCBOS may have violated a provision of state law or the Arizona Constitution, the Attorney General will file an action in the Arizona Supreme Court.”

Finally, the letter states that, “if MCBOS has violated a provision of state law or the Arizona Constitution, the Office will notify MCBOS in writing and state that MCBOS has 30 days to resolve the identified violation.”

There is now an official investigation by the Arizona Attorney General into the law-breaking by Maricopa County. It’s a start! #AmericasAudit #Accountability pic.twitter.com/hYiHaCh9JF

If state law or any aspect of the Arizona Constitution has been violated and the board fails to rectify any issues within the 30-day timeframe, the Attorney General’s Office will “notify the state treasurer, who shall withhold and redistribute state shared monies” designated for the county, Business Insider reported.

The latest development follows the state Senate’s July 26 decision to subpoena the board “to turn over all ballot envelopes or images of them, routers, network logs, and all county registered voter records to date.”

It might look like at least some progress in the long-running Maricopa election fight, but Brnovich must still brave the long road ahead to successfully uncover the truth — and reinvigorate trust in the state’s election processes.

Though this is the latest fireworks show from Arizona’s infamous audit, the election integrity measure hasn’t been without controversy before this move out of the AG’s office, of course.

Republicans in the state legislature have previously taken heat for their use of the private cybersecurity firm Cyber Ninjas to complete another Maricopa County ballot count, with critics labeling the move as blatantly partisan — even prompting U.S. House Democrats to launch an investigation into the auditing process.

Still, it’s clear that Maricopa County officials aren’t handing over the necessary materials as asked. That could signal some shady operations in an election review that has already raised too many questions.

After all, if the election were conducted cleanly, there should be nothing to hide, right?

However, the backlash from Board Chairman Jack Sellers makes it clear that there’s animosity between the two state entities.

Do you believe the Arizona election was honest?

The Board has “little time to entertain this adventure in never-never land,” he wrote in an Aug. 2 letter to state senators defying the July 26 subpoena.

The AG’s letter grants the Maricopa County Board of Supervisors until 5 p.m. on Aug. 20 to file a written response to Borrelli’s request for an investigation.

No matter what that response is, or even if there is none, things are likely to get even more interesting before the Maricopa audit is over. 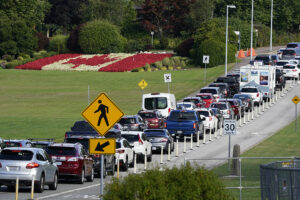 Canada opens border to double vaxxed Americans, U.S. is not there yet 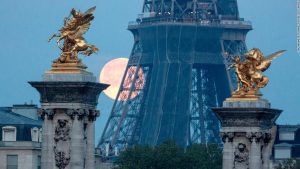