South Side had been controlling possession the majority of the girls soccer Long Island Class A championship, but one mistake showed how a match can turn in a moment.

After a foul in the 18-yard box, Kate Alexander scored the game’s first goal for East Islip midway through the second half. But the Cyclones didn’t panic – or at least sophomore defender Charley Doreste didn’t.

Doreste was spot on with her feeling. After she finished a 19-yard free kick for the game’s tying goal less than two minutes after East Islip’s goal, Anna Pennecke scored to give South Side a 2-1 victory over East Islip in the girls soccer Long Island Class A championship/Southeast Regional Final Saturday afternoon at Shoreham-Wading River High School.

South Side (13-3-2) advances to play Spencerport in the state Class A semifinals at Tompkins Cortland Community College Saturday at 5:30 p.m. East Islip finishes 14-2-4.

Pennecke scored the winner following a loose ball in front of the goal after a cross from Maggie Colvin with 3:58 remaining in the second half.

“I knew I needed to get there,” Pennecke said. “There was no one going for it and that should be me to go for it. The ball was so close to the goal so I just hit it and it ended up going in the back of the net. I didn’t see that coming at all, but it was a great chance.”

“We knew the goals weren’t going to be pretty,” senior defender Cristina LiCalzi said. “But every goal matters and no matter how it happens, it’s a goal and that one won us a Long Island championship.”

Doreste was also surprised at her moment to score. She wasn’t expecting to be the one to take the free kick with 15:12 remaining in the second half and South Side trailing by a goal, but coach Judi Croutier and her staff felt Doreste was best for the moment.

“I was really surprised because I don’t really go up and take those,” Doreste said. “But I just saw a little gap between the post and the wall shifting so I just hit it and kind of placed it and it went the right way. It was crazy.”

South Side, one of the premier girls soccer programs on Long Island, won the Nassau Class A championship in April, but its season ended there due to no Long Island or state championships due to the COVID-19 pandemic. This will be South Side’s first trip to the state semifinals since 2014.

“We’re not finished yet,” Doreste said. “Just getting to states is a big accomplishment and at South Side, we’ve been there so many times with our teams from years ago and just to be back on that path and getting there again is crazy. It’s unfortunate last year we couldn’t get to Long Islands or states, but now we’re going.”

Avery Testa had three saves in the victory, including a key early stop on a quality chance by East Islip in the game’s third minute.

South Side has won 17 state titles in program history, its last coming in 2012.

“I’m so happy they are getting back there,” said Croutier in her first season back on the sideline after guiding South Side to eight Long Island titles in eight years before stepping down in 2010. “When we left, we left on top so just being able to bring the team back there, I think it’s great for the program.” 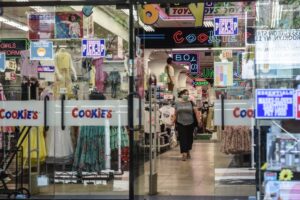 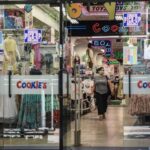 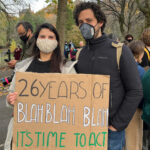 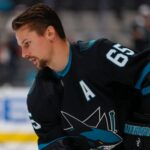 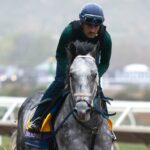