And when her dad lost his factory job in March at the onset of the pandemic, it was never a question that the 17-year-old would do whatever was needed to keep her family afloat.

Her parents do not speak English, so she researched how to sign up her family for food and rental assistance at various community organizations. She held garage sales on the weekends, selling blouses and shoes from her South Los Angeles home and dropping off catalogs for Tupperware — which she helps her mom sell — to family friends.

But it wasn’t enough. So she told her parents that she wanted to take on shifts at the embroidery factory where her mom worked.

“Tell your boss I’m ready, I can do this,” Stephanie, the eldest of four children, said to her mom at the dinner table. The next week, mother and daughter stood side-by-side at the industrial sewing machines, lining up snap-back hats that would soon be stitched with the logos of local sports teams.

Stephanie’s AP U.S. History teacher, Heidi Mejia, will tell you that her student is remarkable. She’s at the top of her class, the first in her family to get this far in school. She is also among an increasing number of teenagers in Los Angeles who have started working or taken on more work to help their financially struggling families during the pandemic, often carrying overwhelming loads that can bring on anxiety attacks, bouts of depression, and failing grades, their school counselors say.

“My parents’ worries became my own,” Stephanie said.

Mejia said that this semester, about five students each period reach out daily to say that they’ll be missing class because they are working. “And those are just the students that are comfortable letting me know what’s happening,” she said.

Counselors and teachers across California tell similar stories: One described a senior at Oakland High School who, before starting to work full-time this year, had a 3.9 GPA, but is now failing almost all of her classes. A counselor at South L.A.’s Communication and Technology School worries about a student there who works two jobs, from 4 p.m. to 4 a.m., five days a week and was so overwhelmed he tried to drop out — until the counselor dissuaded him.

A quarter of San Francisco International High School’s 64 seniors are working 20 to 40 hours a week, said head counselor Oksana Florescu — more than double the usual number of working seniors. She meets with these students over Zoom to coach them on how to persuade their bosses to give them school-friendly schedules.

“I give them talking points: ‘This is my last year of school; I’m trying to help my family,’” Florescu said.

Stephanie would sometimes message Mejia to say she might miss assignment deadlines because of work.

“I was like, ‘I get it, we’re in the middle of a pandemic. I don’t care about this essay. Focus on what you need to focus on,’” Mejia said. “Her A was so high that she could have failed everything after that and she would have still been fine.”

Some students launched into work at the very start of the pandemic.

They could make deliveries more quickly as a team, ultimately fulfilling more orders and making more money. And Isis didn’t feel comfortable with her mom delivering packages in downtown L.A. alone at night. It was safer this way.

“I love my mom and don’t want to see her suffer,” Isis said. “I’m happy to help in the little ways I can.” She also was taking eight online classes and cooking and cleaning for her family. And she was still earning straight As.

Then, in December, Isis, her mom and grandmother fell ill with COVID-19. Isis applied to college from her sickbed, sometimes staying up until 5 a.m. to finish her sketchbook and portfolio for CalArts in Valencia, her dream school.

Despite their lingering fatigue, the pressure to generate income was immense following three weeks of sickness. So after testing negative for the coronavirus, Isis and her mom returned to the crowded Amazon warehouse in Vernon on a Saturday afternoon in mid-January.

They waited in line for two hours for a tall stack of packages and loaded the goods into Isis’ aunt’s Nissan Rogue. They now had a couple of hours to make a dozen deliveries.

Mother and daughter dashed to elevators and up countless flights of stairs, carrying bags of groceries and cases of bottled water. After a while, Isis’ mom hit a wall, so Isis picked up the slack. She was drenched in sweat and dizzy with exhaustion by the time that they were done.

“Seeing my mom carry 50 pounds worth of cat food up a flight of stairs … I was like, ‘Wow man. This sucks,’” Isis said.

“I love my mom and don’t want to see her suffer. I’m happy to help in the little ways I can.”

Antonio Roque, a counselor at Community and Technology School, said the teenagers he works with have been thrown into the world of adult responsibility by coronavirus hardships — and they are in survival mode. “They’re just doing what they need to do,” he said. “I think we’re going to start seeing the mental health consequences of this, the trauma, surface when schools reopen.”

“The students’ families — undocumented and first-generation Americans, essential workers and people of color— have been disproportionately hit by the ravages of the pandemic, losing jobs and contracting the virus, according to school counselors. They typically find custodial jobs, construction work or fast-food restaurant work.

Luis Leon, Isis’ classmate at Woodrow Wilson High School, began taking orders at a McDonald’s drive-through in August after both of his parents were temporarily laid off. Luis’ $400 monthly paycheck puts food on the table and keeps the lights on. Work is an escape from the drudgery of lockdown, and he enjoys interacting with customers, though he does worry about catching the virus.

Luis describes himself as an average student in normal times, a happy-go-lucky type with boundless energy.

But working 20-to-30 hours a week has taken a toll. Between his job and watching his two younger siblings, it’s hard to muster the motivation for academics, especially after a long work shift. He often feels drowsy and sad. In December, he was failing most of his classes.

“If I’m being honest,” Luis said, “sometimes I wish I could just relax and be a teen.”

One recent evening, Luis reached his limit. Finals were due — he had stayed up until 3 a.m. the night before writing a paper — and so were his college applications. As he stared at his computer screen with its numerous open tabs, he felt himself shut down. “My brain fried,” he said. He had a splitting headache and a fever. The next morning, he was unable to take his English final and asked for an extension.

Luis was relieved when L.A. Unified School District announced just before the holidays that students would have until the end of January to bring up their failing grades. And he was able to get his college applications in.

“My friends have asked if I will drop out,” said Luis, who wants to study business and become a real estate agent. “But I can’t. I don’t want my parents to see me that way. I’ll be their first son to finish high school. I want to go to college and make them proud.”

It’s simply what she had to do

Just as Stephanie, who went to work at the embroidery factory with her mom, had wrangled some stability for her family of six by working 30 hours a week and helping take care of her younger siblings, her dad caught the virus in July.

Four of them, including Stephanie, got sick, isolating in a single bedroom together for two weeks. Her mom, who has diabetes and high blood pressure, was hospitalized after her fever shot up to 106. The family’s income disappeared for weeks. When Stephanie received a $600 stipend through a prestigious college-access program, she gave it to her parents.

Her first panic attack hit mid-summer, while she was taking a timed quiz for a college-level psychology course. Stephanie had always been a nervous kid, but she had buried her anxiety beneath a strong sense of optimism and confidence — the mindset she knew she needed to succeed as a first-generation American.

She tried to focus on the quiz questions as her siblings ran in and out of her room, asking for help with their own homework. Suddenly, she was overcome with an overwhelming sense that she just couldn’t do it — this quiz, any of it. Her heart raced and her body shook. As an intense fear that had been mounting for months closed in on her, she called out for her mom.

“I just felt that I had to be there for everyone except for myself,” she said.

The panic attacks continued — she had about two per week before the fall semester began — but they began to abate when she started prioritizing self-care, like going on walks with her sister and doing yoga.

As the month pressed on, it became more important than ever for Stephanie to work as the family recovered physically, emotionally and financially.

In November, Mejia told Stephanie that a local voting center was looking for student poll workers. On election week she worked 40 hours over three days, directing people to booths and translating the voting instructions for Spanish speakers.

She handed her mom the paycheck when she got home. “This is for you,” she said. “For anything the family needs.”

Before winter break, Mondays were Stephanie’s busiest days. She woke up at 7 a.m. and biked down to the closest elementary school, where L.A. Unified School District set up one of its “grab and go” centers that provide two meals each day to students. She stuffed her backpack with milk and boxed sandwiches.

She’d get back just in time for 9 a.m. AP chemistry or theater ensemble. Her 5-year-old brother sat next to her at the kitchen table and she helped him navigate his own virtual class.

Then she led an art club she founded in 10th grade — teaching 40 other high school students how to use oil pastels and acrylic paints through a computer screen — and cooked dinner with her mom, all before her 4 p.m. shift at the embroidery factory.

Between preparing the trim for the snapback hats and loading them into the sewing machines, Stephanie stood at a tiny table and wrote essays on her laptop for AP English Literature and worked on her applications to 12 colleges — all in California, so she could stay close to her family.

In her personal statement, she wrote about being the proud daughter of immigrant parents and how her family’s struggles have motivated her to pursue studies in public health.

“Today, I seek any opportunity to speak for my family’s dreams, my community’s needs, and my vision to make healthcare affordable for all, regardless of citizenship or socioeconomic status,” she wrote.

She won’t hear back from colleges for a couple of months, but she did get good news in January — an interview with Stanford University.

Stephanie said she grew up watching her parents, who are Mexican immigrants, work tirelessly, and with integrity and passion, to provide for her family.

Give your best effort and always be ready. Workers in L.A.'s courts are dying of COVID-19 as in-person hearings, trials continue 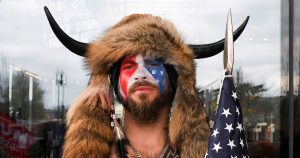