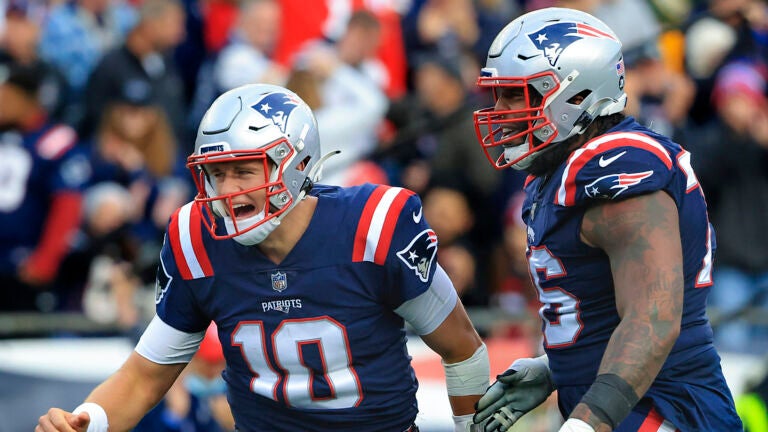 
In the days following the Patriots’ 35-29 overtime to defeat to the Cowboys on Oct. 17, an unsurprising number of voices in NFL media questioned if Bill Belichick’s team was good enough to compete in 2021.

The team’s record had fallen to 2-4 at that point, and even pundits like former Patriots receiver Julian Edelman were unsure of what they were seeing.

“The Patriots just aren’t the Patriots right now, and it hurts me to say this,” Edelman said on Showtime’s “Inside the NFL” that week.

Yet Edelman was merely representative of what appeared to be an obvious truth at the time: Close games that New England had spent the preceding two decades generally winning were now slipping through their fingers.

One month later, the larger media narrative has done a 180-degree turn amid a four-game Patriots winning streak. Just at the moment when Belichick’s team stopped getting the benefit of the doubt from NFL prognosticators, New England has won them back with a string of hard-fought wins that have evoked memories of the team’s first Super Bowl run in 2001.

Here’s a look at what some voices around the NFL have been saying about Patriots’ midseason turnaround, and the performance of rookie quarterback Mac Jones:

With Jones’s continued growth throughout the first 10 weeks of the season, coupled with the team’s run of wins, Clark dove deep into an exploration of how the Patriots are developing the rookie better than his fellow 2021 first-round pick quarterbacks to this point.

In his piece, “Safety First, Success Later: The Mac Jones Experiment Is Going According to Plan,” Clark put aside the ongoing debate over which of this year’s rookies is actually the best quarterback.

“Whether he is the best is sort of besides the point,” Clark explained, “because we now know he has an early advantage others do not: The Patriots have a better plan around him than any other team does for its rookie quarterback and, at least this year, are doing more than any other team to help develop him.”

While the Patriots and Jones appear to be an ideal match, a question that may only grow over the ensuing years will be how other NFL teams—several of whom needed a quarterback—passed over the former Alabama star.

As Kilgore pointed out in “The Patriots are rolling again with Mac Jones, and the rest of the NFL let it happen,” even Jones’s baseline performance so far as a rookie is enough to place New England ahead of other teams still searching for a franchise quarterback.

“The Patriots do not have to dream on Mac Jones,” wrote Kilgore. “They are watching a fully formed passer who just shredded the Cleveland Browns and will lead a 6-4 team on a four-game winning streak into Atlanta on Thursday night. In the unlikely event that Jones does not improve, that his performance remains static, the Patriots still have found the long-term successor to Brady. It took them one year, cost no additional draft picks and required minimal salary cap space.”

Humorously framed under the headline, “Yikes, the Patriots Look Good Again,” Gay described how those around the NFL hoping to see a prolonged Patriots decline have been sorrowfully disappointed by the team’s quick resurgence.

“I regret to inform you they’re putting the brand back together,” wrote Gay.

“It also feels a little unfair,” he added after a description of the team’s latest win over Cleveland. “The Patriots lost the most consequential player in their history and spent very little time in the wilderness. There was minimal reeling, no lost decade, no long rebuild to warm the hearts of cities pummeled by the Belichickians over the years.”

One of the major stories from the offseason was the uncharacteristically aggressive free agent spending the Patriots made.

Yet there was method to the madness, as Schrager noted in a recent “Good Morning Football” segment.

“It wasn’t that, ‘Oh, they got this No. 1 star, they got this future Hall of Famer, they got this dream team-type player like a Von Miller or Odell Beckham,’” said Schrager. “No, they got a bunch of guys who were still ascending and were entering that part of their careers, and they’re delivering.”

As Volin pointed out in his column titled, “Last year Bill Belichick’s GM savvy had been questioned, but not anymore,” the narrative that emerged after last season has shifted.

“You couldn’t turn on local radio or read the Globe last winter without hearing about Belichick’s questionable general manager decisions, poor drafting, or spotty record without Brady,” he wrote. Now in 2021, the scene has changed.

“Belichick’s offseason scorecard is filled with W’s,” Volin explained. “Most of his free agent signings have panned out, or at least have contributed. The Patriots’ 2021 draft class is also their best in nearly a decade. And the decision to start Mac Jones over Cam Newton has worked out well, with Jones showing significant improvement throughout the season and the Patriots looking like real contenders in the AFC.”

Asked how far he thinks the Patriots can go this season, former Patriots lineman (and current NFL analyst) Damien Woody walked through why he thinks his old team can “win the AFC.”

Bonus: NFL Network analyst Brian Baldinger picked out two examples of the Patriots’ dominant running game in the win over the Browns for his weekly film breakdowns. One was New England center David Andrews getting a “Black Friday sale” two-for-one block on a screen pass.

The other play Baldinger cited was Kendrick Bourne’s enthusiastic reaction after helping block on a 16-yard gain from Rhamondre Stevenson: 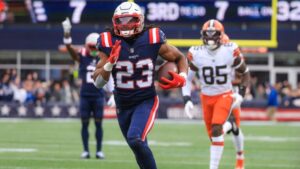 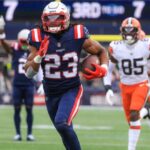 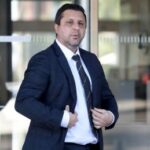 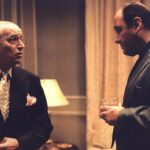