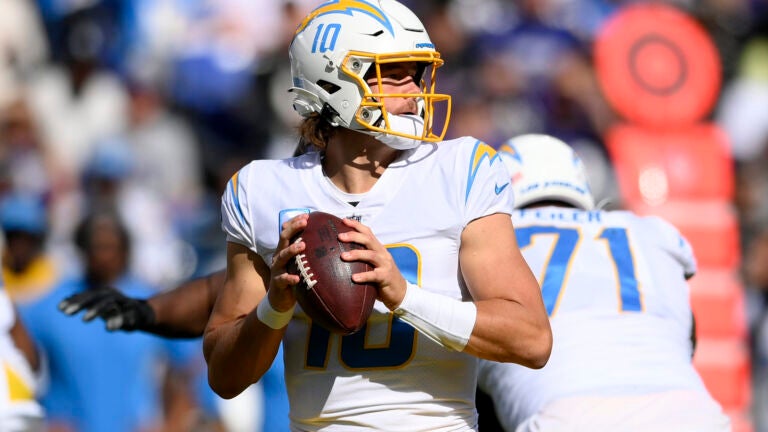 Anyone remember if the San Diego (I know) Chargers whined about the Patriots running up the score after New England came in and trounced them last season?

After all, that 45-0 game featured a few of the same ingredients as the Patriots’ 54-13 rout of the New York Jets last Sunday afternoon in Foxborough.

With the 2020 win in Los Angeles, the Patriots pulled to .500 on the season (6-6) and kept themselves alive in the playoff discussion. Somehow. A win over the Chargers Sunday evening all give the 2021 Patriots another .500 record (4-4), and keep them in the postseason conversation.

Last year’s game against the Chargers featured a backup quarterback (Jarrett Stidham) throwing a late touchdown pass in the fourth quarter, even with the win being a foregone conclusion. Last week’s game against the Jets had Brian Hoyer and N’Keal Harry hooking up for 28 yards to set up New England’s final touchdown of the afternoon, much to the delight of Josh McDaniels and the Patriots sideline.

That was, apparently, too much for the Jets, some of whom took into question how New England handled itself with the unwritten rules of sportsmanship. Then again, the game was anything but a glorified practice to begin with, so what did they expect?

The more telling outcome of the blowout will be to see how the Patriots respond to their first offensive explosion of the season. Last year, after finishing the Chargers off, the Patriots went on to lose their next three games, only posting another win in their season finale.

If they lay an egg in Los Angeles, last week’s humiliation of the Jets will be for naught.

If they pull off the upset, the rout over the Jets might be considered the game where the team was able to figure some things out.

Sam Farmer, Los Angeles Times: Chargers 27, Patriots 17. “People expect the Patriots to be good because they’re the Patriots. But Chargers are rested, ready and loaded with more talent. Plus, they’re at home. Brandon Staley should have them ready.”

Joe Giglio, NJ.com: Patriots (+5.5). “There’s value here on the underdog. New England owns a positive point differential. The Chargers own a negative point differential. Both young quarterbacks (Los Angeles’ Justin Herbert and New England’s Mac Jones) have thrown for 7.2 yards per attempt. If New England had won just one of its three closes losses (Miami, Tampa Bay, Dallas) this number is probably closer to four points. I’ll take the value in what will likely be a close game.”

Pete Prisco, CBS Sports: Chargers 30, Patriots 20. “This is long trip against a team coming off a bye for the Patriots. That’s always a challenge, but it’s even tougher facing a good Chargers team that lost the last time out. I think the Chargers and Justin Herbert will bounce back from that loss and play well here. Chargers take it and cover.”

Will Brinson, CBS Sports: Patriots 24, Chargers 21. “Brandon Staley off a bye? Given how quickly he’s become adored by the analytics community, I’m curious to see how he looks in his first week after a bye. But before we crown a new king, it’s probably best to pay respect to the guy who’s been doing this for 20+ years. Bill Belichick’s team isn’t great. The Patriots have three wins and two are against the Jets. The other is against the Texans. It’s not ideal! The Chargers showed before the bye they’re susceptible to the run and the Pats love to run. The Chargers are also not an uptempo team, so the under is a good look here too. It’s a surprisingly big number given these two teams, but it probably factors in Belichick dropping a 50-burger on the Jets last week. If the Chargers get a big lead early taking the Pats is a problem but given how New England defended Justin Herbert last year I’m willing to take the points against a team without an actual homefield advantage.”

Michael Hurley, CBS Boston: New England (+6). “Despite last year’s 45-0 win, the Patriots won’t win this one. They will, however, run all over the Chargers, who have the worst run defense in the NFL. They may even take a late lead … at which point Justin Herbert will attack a vulnerable secondary and win the game. Should be fun though.”

ESPN staff: Eight out of 10- pick the Chargers.

Jimmy Kempski, Philly Voice: Chargers (-5). “The Chargers took a beatdown against the Ravens Week 6. It happens. I’m comfortable enough with the rest of their body of work this season — wins over the Chiefs, Raiders, and Browns, for example — that we can reasonably guess that was a one-game aberration, and they will get right after their bye. I’m guessing this line is only 5 because the Chargers’ most recent game was a blowout loss, and the Patri*ts’ most recent game was a 54-13 blowout win over the Jets? That feels like a recency bias overreaction. The Chargers are a very good football team, and the Patri*ts aren’t.”

Vinnie Iyer, Sporting News: Chargers 24, Patriots 23. “The Chargers will come back with cleaner offense with Justin Herbert after the bye, but the Patriots’ defense will scheme to take away the big plays and force them to be patient and grinding with their attack. The Patriots also will stay in the game with their rushing attack against a porous Chargers’ run defense. Eventually, Herbert will be hard to stop with arm and legs with a massive assist from the backfield versatility of Austin Ekeler. Mac Jones will do his best to match him as a young gun, but L.A. escapes New England at the gun.”

Bill Bender, Sporting News: Chargers 28, Patriots 25. “Can the Patriots make this one interesting? New England has one-score losses against Tampa Bay and Dallas, teams that have elite-quarterback play. Justin Herbert is that, but he will commit a pair of turnovers in this game that allow the Pats to hang around. Mac Jones might even have a shot to win at the end. We’ll stick with the home team.”

Mike Florio, Pro Football Talk: Chargers 30, Patriots 23. “The Chargers had extra time to get ready for this one, and extra incentive to make amends for last year’s 45-0 loss to the Patriots, who will wish they had saved some of the 54 they scored in Week Seven for this one.”

Gregg Rosenthal, NFL.com: Patriots 27, Chargers 26. “Bill Belichick has eyes and knows that Justin Herbert is going to be one of the league’s top quarterbacks for a long time. Belichick also has a memory, which should find solace in the Patriots shutting out Herbert last season. This is a very different secondary, however, with Stephon Gilmore in Carolina and underrated slot corner Jonathan Jones on injured reserve. The only way to beat the Chargers will be to pile up points and stay as aggressive as the Pats were against the Jets. Damien Harris is the perfect interior runner to gash Brandon Staley’s run defense and keep the score closer than five points, even if New England doesn’t win outright.”

It says here: Patriots 33, Chargers 28. Plenty of parity in the AFC, and that should help keep the Patriots in the postseason hunt. 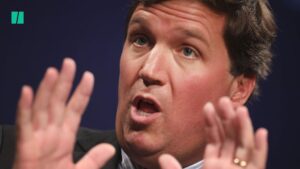 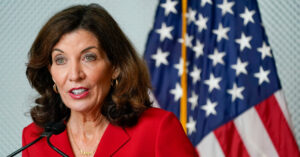