Gov. Kathy Hochul’s broad transparency effort included details of her recusal plans for her husband’s business dealings with the state.

Gov. Kathy Hochul, under pressure from government watchdog groups, on Thursday released details of a plan to recuse herself from all matters involving Delaware North, the casino and concessions company where her husband is a top executive.

The move came as part of a broader initiative by Ms. Hochul that includes plans to improve accountability across state agencies and to reduce a backlog of public records requests. It is the most tangible step yet in her pledge to improve transparency in a state government that has long been marred by back-room deals, cronyism and corruption.

Ms. Hochul, who became governor in August after her predecessor, Andrew M. Cuomo, resigned amid several scandals, said she hoped to restore the public’s faith in government. (A misdemeanor sexual misconduct complaint was filed against Mr. Cuomo on Thursday.)

“The changes we’re announcing today bring us closer to creating the kind of government that New Yorkers deserve, and we’ll continue to build on this progress,” Ms. Hochul, a Democrat from Buffalo, said in a statement.

Ms. Hochul took office with potential conflicts of interests of her own, prompting government watchdogs to demand that she create a buffer between her administration and the business dealings of those closest to her and her senior staff.

Her husband, William Hochul, is a senior vice president and the general counsel at Delaware North, a company based in Buffalo that has numerous government contracts. Among other things, state officials are currently negotiating with the owners of the Buffalo Bills over the possible construction of a new football stadium, which could provide a windfall for the company.

Political observers also raised concerns when Ms. Hochul chose Ms. Keogh as secretary to the governor — the most powerful unelected position in state government — because Ms. Keogh’s husband is a partner at Bolton St. Johns, one of the most influential lobbying firms in Albany.

Mr. Benjamin, a former state senator, has a stake in Next Point Aquisition Corp., which owns LoanMe, a company that arranges high interest loans. His wife works for the state’s housing division.

The recusal plans are specific to Ms. Hochul and her top aides and do not apply to state workers more broadly. But they could provide a road map for others navigating conflicts as they arise.

Ms. Hochul, for example, agreed to recuse herself “to the greatest extent permitted by law” from any government matters or decision-making where Delaware North is directly involved. Her husband also agreed to recuse himself from any business dealings the company may have in or with the state. The company also committed to not make political contributions to Ms. Hochul.

Watchdog groups hailed the initiatives, and the transparent way in which Ms. Hochul presented them, as a major step toward building public trust.

“She has an unusual degree of conflict of interest and she’s taken an unusual step — in a good way — to allay public concerns,” said John Kaehny of Reinvent Albany, one of the groups.

“If they live up to the spirit of this agreement, it will be great,” Mr. Kaehny said. “The question is always will they do this?” He noted that such extraordinary steps would not need to be taken if the state had a trusted ethics body.

The Joint Commission on Public Ethics, which was established under Mr. Cuomo, might be expected to oversee such matters, but it has been widely criticized. Ms. Hochul has said she wanted to “blow up” the commission and seek something better in its place.

Along with the recusal plan, the broader initiative announced on Thursday included the release of individual agency plans for increased transparency. Those plans include pledges to make better use of the state’s open data platform and to overhaul agency websites, including by offering more language options.

Some of the proposals appeared to directly address public concerns, like the budget division’s promise to create an online landing page that links to the nearly 40 boards, commissions and councils on which its director, Robert Mujica, sits.

The process for requesting public records will also be overhauled, with the key change being the removal of a policy dating to Mr. Cuomo’s tenure that required all responses to be vetted by the governor’s staff. As governor, Mr. Cuomo established strict control over what information was released by New York agencies, positioning special counsels across state government to flag requests that were deemed potentially troublesome for the governor.

Ms. Hochul has done away with that. She has asked instead that agencies be proactive in publishing documents that are requested frequently as well as those that are of public significance as part of an effort to expedite the public records-request process. In addition, the governor said she would consider technological investments and additional staff to help agencies handle the mountain of backlogged requests she inherited from Mr. Cuomo. 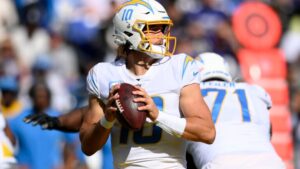 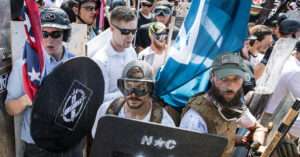