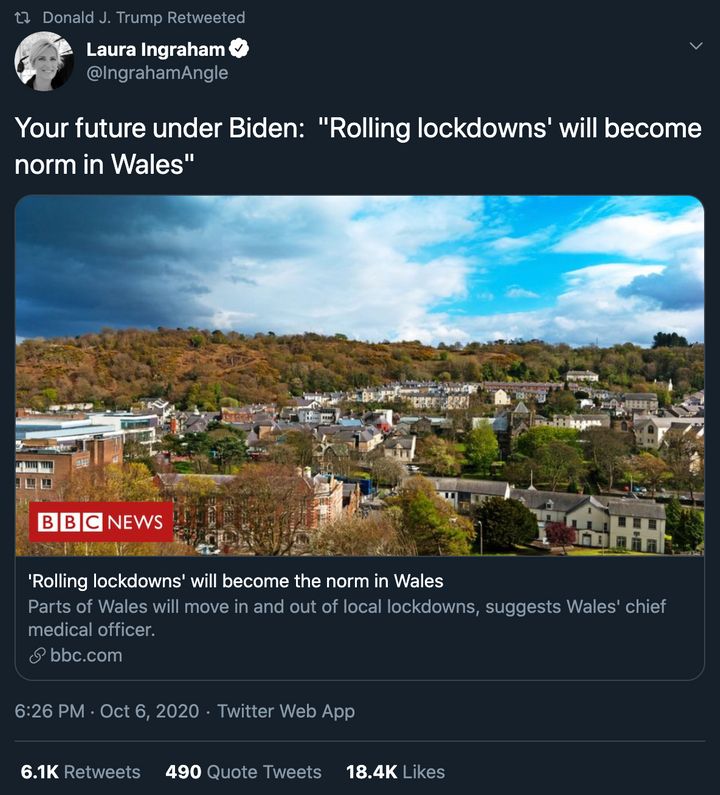 Political figures in Wales had some biting jabs for President Donald Trump — who is still recovering from COVID-19 — after he retweeted a comment that bashed not only Democrat Joe Biden, but the small country in Great Britain.

Ingraham had shared a BBC article describing rolling COVID-19 lockdowns in Wales, where coronavirus case numbers are rising, and claimed that they would become the norm in America under a Biden presidency:

HuffPost US “I’m actually surprised that Donald Trump has even heard of Wales,” said one Welsh politician after President Donald Trump retweeted this post from Fox News host Laura Ingraham on Wednesday.

Dr. Frank Atherton, the chief medical officer for Wales, said Wednesday that he hoped “most people in Wales don’t take President Trump as their guide to how to deal with coronavirus.”

The Chief Medical Officer for Wales says people in Wales should not take advice from President Trump on how to deal with coronavirus, after he said people should not be ‘afraid’ of the virus. pic.twitter.com/6Nfwnr6dA9

Rolling lockdowns in America would probably lead to “a lot less people dying,” said Sion Jobbins, co-founder and chair of the Wales independence group Yes Cymru, according to The Independent.

Meanwhile, Adam Prince, leader of independence group Plaid Cymru, said that he looked forward to welcoming Joe Biden as the next president of the United States, particularly since Biden’s hometown of Scranton, Pennsylvania, had been home to many Welsh immigrants over the years.

“No country in the world is going to take public health lessons from President Trump,” Prince said, “and certainly not Wales, as the birthplace of the NHS which gave the world the model of a national health service.” 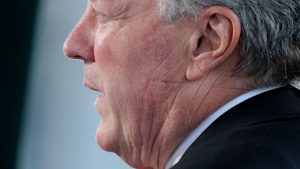 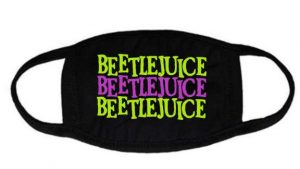 Halloween face masks to keep you safe (and still spooky) 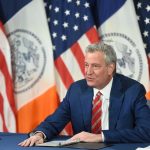 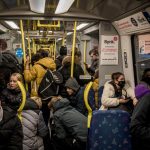 Sweden toughens up on COVID-19 restrictions as cases surge 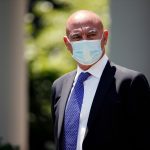