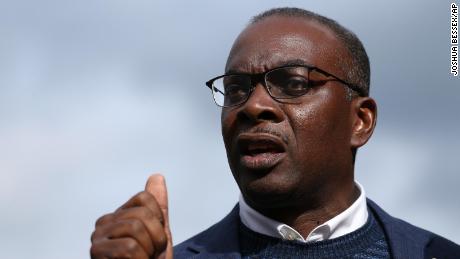 The debate over every issue related to law enforcement has played out in city councils and state legislatures across the country since George Floyd died under the knee of a Minneapolis police officer last spring, setting off the largest protest movement in American history.
Protests and unrest in response to Floyd’s death have shaped local and national politics since. A policy favored by protesters was cutting spending on law enforcement, with proposals that ranged from gradual shift of law enforcement funding to social services to outright abolition of police departments and the role police play in America.
In cities where “defunding the police” was up for discussion on Tuesday, voters rejected the notion. Since Floyd’s murder, reform to law enforcement has been more tailored to local concerns.
The set of circumstances Tuesday and the role of safety in the election reflected a “hierarchy of needs situation,” said Mark A. Smith, professor of politics at the University of Washington.
Without dependable public safety, “it’s hard to have a lot of the other things,” he said. “When you don’t have it or feel it slipping away, you’re probably going to leap there as a first response.”

In Buffalo, the sitting mayor was reelected by a write-in campaign after he lost the Democratic primary to a “defund the police” socialist, and Seattle voters elected a mayor who pressed for more officers over a candidate who pledged to slash police spending in half.
In Minneapolis voters rejected a plan that would have opened the door to a sweeping law enforcement overhaul by eliminating the city police minimum staffing requirement and giving the city council greater control of law enforcement efforts. They also reelected the city’s mayor, who refused to commit to abolishing the police. Instead, he said he wanted to ensure an integrated approach to public safety, hire more community-oriented officers, build safety beyond policing, and get serious about reform on a “multi-jurisdictional level.”
Republicans used “defund” to paint Democrats as soft on crime, and President Joe Biden told Georgia Democrats that Republicans used “defund the police” to “beat the living hell” out of Democrats in November elections last year. Prominent Democrats have since called “defund the police” a mistake.
“That sentiment has proven to be pretty unpopular across the country,” Smith said. “Even in Minneapolis, the site of Derek Chauvin killing George Floyd, it couldn’t even pass there.
“You could tell even in 2020 some of the disorder, homelessness, rising murder rates, people were noticing that and looking for an outlet in how to express it,” he said. “In a situation of rising disorder and crime and other associated problems, the more law-and-order-ish candidate is going to probably have an advantage.”
In cities and states all over, elected officials have taken slower or less sweeping steps that don’t drastically alter the role of law enforcement in America since Floyd’s death. Tuesday’s election results were a continuation of that trend.
In some states, attorneys general are conducting investigations into local police departments modeled after federal pattern-and-practice investigations that look for ways to reform policing. Some cities are looking to alter or limit the role of police in calls relating to mental health or substance abuse.
Mayors, city councils, governors, and state legislatures have all had opportunity to dismantle, defund, or otherwise overhaul policing through budgets or other normal government deliberations. Few public officials were as vocal as those in Minneapolis, where nine of the city’s 13 city councilors pledged to dismantle the police department last summer after a week of protests and unrest in the city.
Voters there had their first chance to weigh in on a concrete policing proposal on Tuesday: a ballot measure that would have made it easier for the city council to overhaul policing by eliminating a staffing requirement and giving the council executive control of the police.
Minneapolis residents rejected the measure by a 12-point margin and reelected Jacob Frey, the city’s mayor, who opposed the plan to dismantle the police department. The ballot measure itself was the product of more than a year of litigation and other bureaucratic fighting and didn’t go as far as elected officials had promised. That was a city where there was wide agreement among city officials that policing needed some change.
“I think part of it is some reality testing,” said Chuck Wexler, director of the non-partisan Police Executive Research Forum. “People are saying look, we want to change the police, but you know we also got a violent crime issue, we have a domestic violence issue … then there’s a need to reform American police departments. I think you can do that, but I think what people are saying is, let’s do it in a responsible way, let’s involve the community, let’s educate the police, let’s hire better, let’s train better, let’s supervise better, but at the same time you’ve got a significant crime issue and you can’t ignore that.”

The mayoral race in Seattle was between two candidates who were both city councilors, were both racial minorities, had similar funding, and had similar name recognition going into the race, Smith said. Where they differed was policing.
Seattle saw a spike in homicides last year after the protests and unrest in late May and early June. This year’s total, through the first half of the year, matched last year’s. Seattle, like other West Coast cities, has seen an increase in homelessness and some public parks taken over by homeless encampments.
And in June and July last year, protestors took over a six-block area of the city calledthe “Capitol Hill Autonomous Zone.” It followed protests, unrest and looting in Seattle and elsewhere after Floyd’s death.
Mayoral candidate Lorena Gonzalez was one of seven to support cutting Seattle police spending by 50 percent. Bruce Harrell was not.
“It’s as clean a test as you normally get of candidates’ messages and platforms and Gonzalez and Harrel are running on different things,” Smith, the professor, said. “It’s pretty clear Harrell’s message was far more appealing.”
The mayoral election in Seattle wasn’t the only one where policing was central to the race — voters there have nearly elected a Republican city attorney over a public defender opposed to prosecuting most misdemeanor charges.
The projected losing candidate, Nicole Thomas-Kennedy, had also called officers “pigs” and “serial killers,” and her campaign manager called the city’s police chief — a Black woman — an “Uncle Tom (expletive).”
“Even in Seattle where Republicans are not popular … between a Republican or Nicole Thomas-Kennedy, Seattle said we’ll take the Republican and that’s remarkable,” Smith said.
In Buffalo, Mayor Byron Brown declared victory on Tuesday in his campaign for a fifth term against Democratic Socialist India Walton, who won the primary earlier this year. Walton, who secured 41% of the votes, had called for redirecting $7.5 million from the Buffalo Police Department’s budget. Brown has accused Walton of seeking to defund the police — a term that she has distanced herself from.
Walton’s public safety policy agenda was geared toward addressing the root causes of violence rather than heavier policing and punishment after violence occurs, according to her agenda. She describes her approach as “evidence-based, data-driven, and founded on proven practices in Buffalo and elsewhere.”
In an interview with CNN before early voting began, Brown said the stakes would be “dire and extreme” if Walton were elected, adding that she would “take our city horribly back. She would compromise our public safety.”

Scott Phillips, an associate professor in the Criminal Justice Department at SUNY Buffalo State, told CNN there isn’t a clear measure of whether Walton was defeated because of her public safety agenda or her Democratic Socialist label — but it’s possible that her policing policies “had a big role to play.”
“When you say you’re going to reduce the size of the police department that, like many other cities, is having problems with shootings and homicides, that’s going to be scary for people,” Phillips said.
According to Phillips, Walton was not clear enough in her message with regards to the purpose and goals behind some of her policing policies to help the public understand how the changes would affect them, including the downsizing of the police department.
“She wasn’t explaining these, assumed to be, drastic shifts in how the police would perform their tasks. You don’t have to be a police officer to scratch your head and say, ‘that doesn’t make any sense.’ A standard citizen is going to say the same thing,” Phillips said.
“In the effort to improve policing, there has to be a much greater debate and discussion regarding what they are talking about. The bumper sticker arguments are never going to get you where you want to go,” Phillips added. “And so, while the police need reforms, need to be improved, without a deeper understanding of what the research tells us about this stuff, you’re not going to get a successful policy.”
Voters in New York City’s Democratic primary chose Eric Adams, a former police officer, as its Democratic candidate for mayor over the summer. His election Tuesday in the general election was widely expected. That city, like most other major American cities, saw a spike in homicides last year and into this year.
Smith said there were two issues: one was recognizing problematic use of force by police across the country, the other a question of whether defunding is the proper policy response.
“I think (Harrell) probably is hitting the sweet spot. We need police reform, accountability, better training, respect toward citizens. That message paired with, we’re not going to defund, we’re going to have effective, well trained and compensated police,” Smith said. “But we still need police. That’s the sweet spot. Broadly, that was (Harrell)’s message. Broadly that was Adams’ message. That’s just what’s going to get the largest number of voters.” 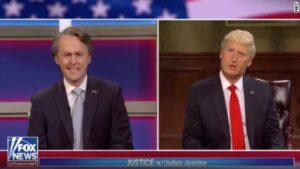 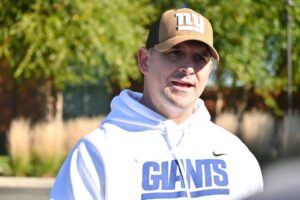 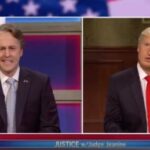 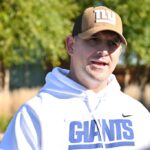 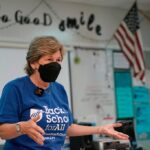 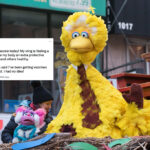