Violence Surged in N.Y.C. in 2020 Amid Pandemic and Protests 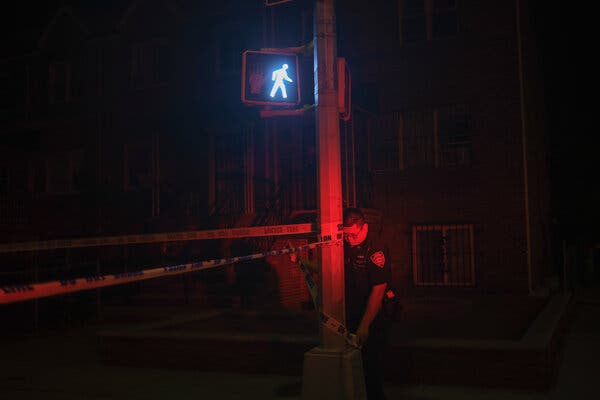 The first disaster in a year of perpetual crises hit the New York Police Department in March, when the virus tore through the force, killing dozens and sickening entire detective squads.

Soon, the courts ground to a halt. By June, hundreds of officers were reassigned to cover mass protests against police brutality and racism, where police and protesters sometimes clashed violently. By August, gun violence was surging. And as December drew to a close, the city’s 447 homicides made 2020 the city’s bloodiest year in nearly a decade.

“I can’t imagine a darker period,” Police Commissioner Dermot F. Shea said in a year-end briefing with reporters on Tuesday, citing the confluence of the pandemic and the protests.

The year’s crime numbers give shape to 2020’s tumult: Transit crime and grand larceny, often the stealing of laptops or iPhones of straphangers, plummeted as trains emptied out. But burglaries and car thefts spiked in a hollowed-out city. And bodegas, neighborhood staples during the throes of the pandemic, saw an increase in robberies and shootings.

By summer, the frustrations of shutdowns and economic collapse had burst onto the streets. Shootings had doubled, and most of them were concentrated in the areas hardest hit by the coronavirus and unemployment.

The increase in violence resembles trends in many big U.S. cities, where shootings and homicides have risen even as the pandemic has driven down other crimes.

“We’ve never had a year like this in policing, when you’ve had a combination of a worldwide health epidemic and a challenge to community trust,” said Chuck Wexler, the executive director of the nonprofit Police Executive Research Forum. “That has been a combustible mixture. And the police in many ways were not prepared.”

Commissioner Shea said Tuesday that the department was caught flat-footed this summer when tens of thousands of protesters took to city streets after the killing of George Floyd at the hands of Minneapolis police officers. The demonstrations kicked off a national debate about policing in America and led many departments, including New York’s, to slice budgets and redirect funding to community programs.

“There’s things that we probably should have done years and years ago,” Mr. Shea said, noting that the department had spent the months since June retraining many patrol officers and rethinking its approach to protests.

Dozens of incidents were recorded of police officers brutalizing demonstrators, many of them peaceful, during protests. The state attorney general kicked off an investigation into the department’s aggressive enforcement. And earlier this month, a city watchdog chided police officials for being unprepared and out of touch with the current discourse about police brutality.

Police officials in New York have pointed to gang disputes as a key driver of the violence over the summer, but several bystanders were caught in the cross hairs: a 43-year-old mother, killed by a stray bullet that went through her bedroom window in Queens; a man fatally shot on a handball court in Brooklyn; a 1-year-old boy, dead after a gunman opened fire on a cookout, also in Brooklyn.

But many cases were stalled because the pandemic had forced the courts to operate virtually. Hardly any new trials were conducted, and the progress of many cases was significantly slowed.

“I think we’ve struggled a little bit because of Covid, and how courts were closed, but when things start opening up, we have a lot of great work in the hopper ready to go, to really close some of the violence that we saw in 2020,” said Rodney Harrison, the Police Department’s chief of detectives.

Combating street feuds has become a sort of routine for the police, particularly in the warmer months when turf battles and social media fights can lead to spikes in gun violence in certain neighborhoods. But officials and experts have said that something about the summer’s violence felt less predictable, and that made anticipating trends more difficult.

“I think it’s about something more, something out there about the anxiety, and the fact that a lot of our institutions are not functioning the way they usually do,” Mr. Wexler said of the violence. “If it was just New York, I think that would be one thing. But because the crime increase in homicides is widespread, I think it says something bigger about what’s going on.”

Despite the violent summer, crime numbers in the city remained well below the dark days of the 1980s and 1990s, when New York saw more than 2,000 murders a year. Homicides and shootings have plummeted in recent years, even in some of the city’s most notoriously dangerous corners. Had 2020 not been such an anomaly, officials have said, that trend might have continued.

“I think Covid played a role earlier in the year, where we had a significant amount of people out,” Commissioner Shea said, noting that in the early days of the pandemic when many officers became sick, entire teams of detectives filled in for other squads, often in unfamiliar neighborhoods. The clearance rate improved from 26.3 percent later in the year, he said, but still fell well short of 2019’s level.

Critics of the police have questioned whether officers, chafed by the summer’s unrest and the national debate over law enforcement, began responding more slowly to calls. But some experts say much of the department’s low clearance rate is tied to difficulties caused by the pandemic — officers cannot interact as widely with the public, and most people, including criminals, are wearing masks.

“It’s convenient that everyone is wearing masks now,” said Christopher Herrmann, a professor at John Jay College of Criminal Justice in Manhattan. “Obviously that adds to the anonymity aspect of being a criminal.” But, he added, the factors of the pandemic and the backlash against the department — budget cuts, shorter staffing and sick colleagues — had probably hurt officers’ morale.

“Cops are kind of tiptoeing around. They’re not as proactive, they’re not as aggressive,” Mr. Herrmann said. “They’re not doing their job as well as they normally do.”

The number of hate crimes reported to the police also decreased sharply, with complaints down about 40 percent in 2020 after several years of steady increases. Much of the decline can be attributed to a 47 percent drop in reported anti-Semitic incidents.

But despite the decline, officials contended with a rise in incidents against Asian-Americans that they said were linked to the pandemic. The department began tracking coronavirus-related hate crimes this year, covering incidents in which a person was targeted because of bias connected to the virus.

So far, the authorities have tracked 25 virus-related crimes this year, a large number of them involving victims of Asian descent. (The department has also recorded 21 incidents as “anti-other” incidents, some of which they say may involve virus-related anti-Asian crimes.) In August, the Police Department created an anti-Asian hate crime task force to address the increase in attacks. 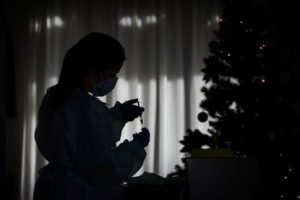 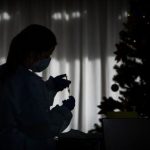 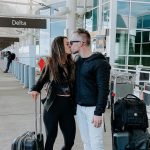 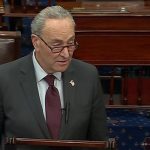 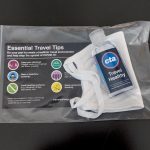