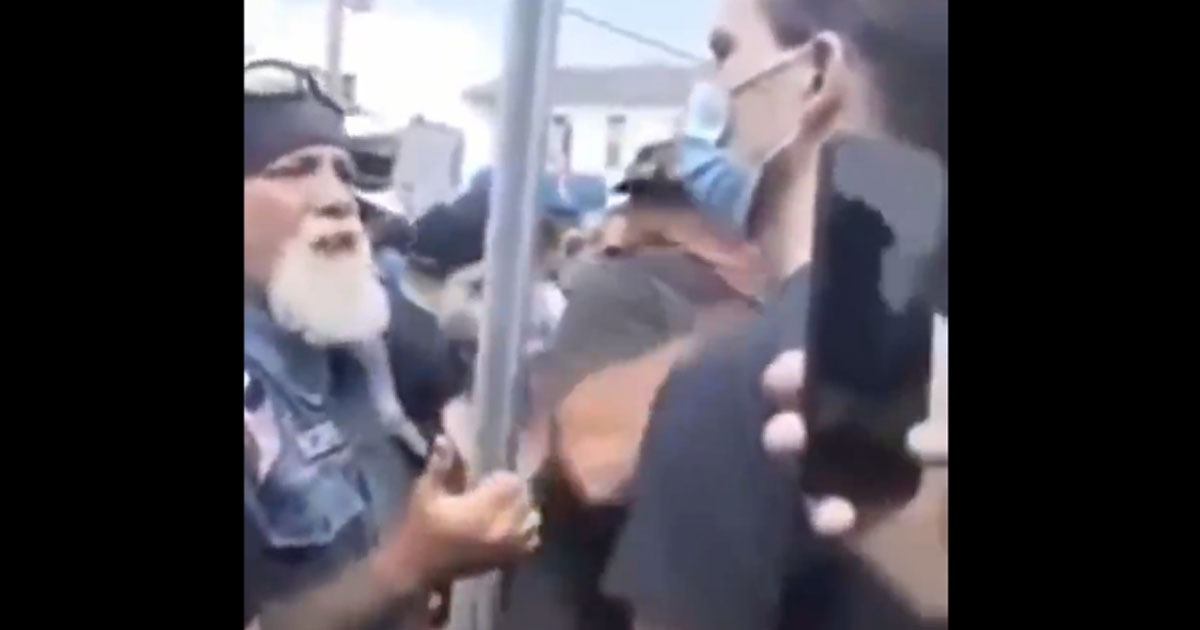 A Black Lives Matter protest that descended on the small rural town of Bethel, Ohio this week was met by over 700 mostly peaceful counter-protesters affiliated with motorcycle clubs and “Back the Blue” groups.

The counter-demonstrators, some of whom were armed with rifles and baseball bats, were filmed by the BLM protesters, and several videos have circulated on social media that were posted with the intent of doxxing counter-protesters.

One heated exchange between the two sides was posted to Twitter by a Black Lives Matter account which captioned the video, “Ohio Trump supporters & counter protesters to the Black Life Matters movement threaten and scream to protesters ‘This is a Rublican State’ and a host of other racial slurs.”

While no distinguishable racial slurs or threats can be seen in the video, one man can be seen firmly telling a Black Lives Matter protester “Get this on your phone. This ain’t Seattle, this isn’t a Democratic state here, we don’t put up with your shit. All lives matter here.”

WATCH: #Bethel Ohio Trump supporters & counter protesters to the Black Life Matters movement threaten and scream to Protesters “This is a Rublican State” and a host of other racial slurs. pic.twitter.com/WDmgG3eHw0

“This is a mother f*cking Republican state, b*tch, we don’t play here,” another man added.

Black Lives Matter protests throughout the country were cited as the impetus for the massive turnout amongst counter-protesters on Sunday. Protests that have devolved into violent race riots in Minnesota, New York, Georgia, and Illinois have seen countless instances of property damage, robbery, and politically motivated assault.

The death toll from the 2020 riots has exceeded the total number of unarmed black people killed by police in 2019, despite police brutality often being cited as justification for the violence by rioters:

While organizers, bolstered by allies in the corporate media and governments in Democrat run areas, claim the lethal riots unfolding across America have come in response to police killings of unarmed black men, the nationwide upheaval has now surpassed – in just over one week – the number of unarmed blacks killed by police in all of 2019.

At the current count, at least 17 people have lost their lives as a result of the nationwide riots, in which looting, savage beatings, and gunfire have become commonplace, with radical organizations like Antifa, which President Trump recently vowed to designate as a domestic terror organization, and Black Lives Matter leading the charge. 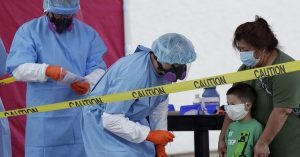 COVID-19 Hospitalizations Increase in Texas: Deaths per Capita Remain Among Lowest in Country