President Donald Trump returned to the Oval Office on Wednesday afternoon, despite testing positive for the coronavirus less than a week ago.

Trump was being briefed on Hurricane Delta and on stimulus talks, a senior administration official told NBC News. White House chief of staff Mark Meadows and social media director Dan Scavino were the only staffers with him in the Oval, the official said.

“Was just briefed on Hurricane Delta, and spoke with @GovAbbott of Texas and @LouisianaGov John Bel Edwards. Please heed the directions of your State and Local Officials. We are working with them very closely — please be prepared, be careful, and be safe!” Trump tweeted after the meeting.

His presence in the office was tipped by the sight of a Marine guard standing outside. The guard was not wearing a mask.

The trip was surprising for multiple reasons — Trump has been undergoing treatment for Covid-19, and officials have said he wasn’t diagnosed until late last Thursday. That means he’s still considered contagious under his administration’s own guidelines.

The Oval Office is opposite the White House residence, where Trump has been since his release from Walter Reed National Military Medical Center on Monday — meaning the contagious president walked across the property to get there, but did not enter the West Wing other than through the office’s outside doors.

It wasn’t necessary for the president to make the trip since the East Wing, where the residence is, has an office.

Meadows said earlier on Wednesday that Trump “wanted to go to the Oval yesterday. If he decides to go the Oval, we’ve got safety protocols.” He didn’t describe what those protocols are.

The White House has been hit hard by the virus in the past week as top aides Hope Hicks and Stephen Miller have tested positive for the coronavirus, as has press secretary Kayleigh McEnany, numerous members of the press office and White House staff.

The president hasn’t been seen publicly since Monday night when he returned to White House from the hospital, and Trump’s doctors have been guarded about revealing details of his condition.

“His physical exam and vital signs, including oxygen saturation and respiratory rate, all remain stable and in normal range. He’s now been fever-free for more than 4 days, symptom free for over 24 hours, and has not needed nor received any supplemental oxygen since initial hospitalization,” Conley wrote.

The White House has not made public when Trump’s most recent negative test was before announcing he was positive for the virus late last week. Doctors have also not revealed details of his lung scans and did not say whether he is still on the steroid treatment Dexamethasone.

Dareh Gregorian is a politics reporter for NBC News.

Peter Alexander is a White House correspondent for NBC News. 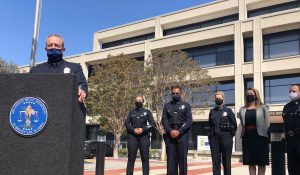 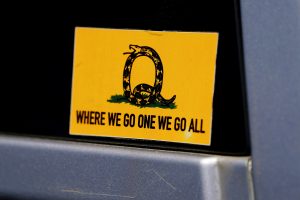