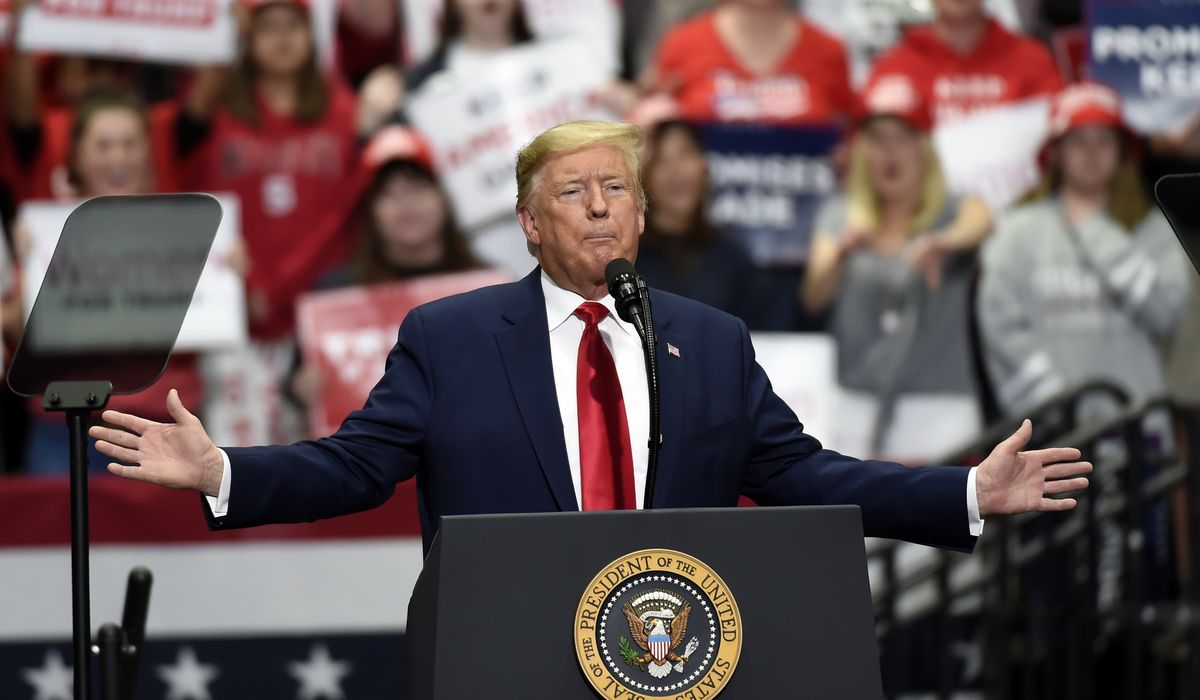 The Trump campaign is forging ahead with its Tulsa rally on Saturday, decrying “leftist” plaintiffs who want to stop the event as Oklahoma posted its highest single-day tally of coronavirus cases and worrying trends continued across the South and West.

The president’s surrogates said life is full of risks and that Mr. Trump’s detractors are desperate to stop him from speaking to supporters despite little pushback to anti-racism protests that featured massive gatherings.

Campaign manager Brad Parscale said liberal opponents will “do anything to stop him, even suing to prevent people from hearing from their president.”

“Despicable. It won’t work,” he tweeted.

The event will be the first major campaign rally since the pandemic took off in the U.S. in March. More than 117,000 Americans have died and 2.1 million have been infected.

Oklahoma recorded 228 COVID-19 cases Tuesday — its highest daily total to date and part of a broader spike in cases across the Sun Belt.

Arizona, Texas, Florida and South Carolina are of particular concern, as hospitalizations and use of intensive-care units increase with the number of cases.

A Tulsa judge denied a local bid to keep Mr. Trump from visiting the BOK Center, an indoor venue that is considered by experts to be less safe than an outdoor venue since fresh air allows unlimited dilution of viral particles.

The campaign hasn’t announced any change but is considering areas near the venue that would allow the president to “address even more people.”

White House officials said masks will be provided at the door but wearing them will be optional.

“People are going to go if they feel comfortable going. So we always tell people, ‘Here’s the guidance — feel comfortable, don’t feel comfortable,’” White House counselor Kellyanne Conway said. “We also know that people don’t want to be locked down forever. We see them peacefully protesting. We see folks doing many things.”

The Trump campaign said more than 50 surrogates are eager to campaign for Mr. Trump Saturday, including Oklahoma Gov. Kevin Stitt, U.S. Sens. James Inhofe and James Lankford of Oklahoma, and other Republican allies in Congress, including Sen. Tom Cotton of Arkansas.

The White House and reelection team defended Mr. Trump’s decision to restart campaigning as his presumed opponent in November accused him of surrendering in the face of the virus.

Former Vice President Joseph R. Biden said Mr. Trump ignored the virus for too long and is walking away from the response before the job is done.

“Donald Trump’s failure to fight the coronavirus with the same energy he uses to troll his enemies on Twitter has cost us lives,” Mr. Biden said in a speech Wednesday.

Mr. Biden said cases are still rising in 21 states, so the U.S. needs to bolster its ability to test and trace the contacts of infected Americans. He said Mr. Trump is failing to be the “wartime” leader he claims to be.

“Unlike any other wartime leader, he takes no responsibility. He expresses no leadership. Now he is just flat surrendering the fight,” Mr. Biden said. “Instead of leading the charge to defeat the virus, he just basically waved a white flag and retreated.”

The virus was discovered in Wuhan, China, in December. Since then, it has swamped the globe.

States that were slammed early in the pandemic are reporting good metrics. New York Gov. Andrew Cuomo said 17 deaths from COVID-19 were reported Tuesday, the lowest tally since it started keeping track.

“The only way I could feel better is if that number ever becomes zero,” said Mr. Cuomo, a Democrat. “This is great, great news compared to where we’ve been.”

“In the past five days, deaths are down to fewer than 750 a day, a dramatic decline from 2,500 a day a few weeks ago — and a far cry from the 5,000 a day that some were predicting,” he wrote in the Wall Street Journal.

“The truth is that we’ve made great progress over the past four months, and it’s a testament to the leadership of President Trump.”

U.S. Trade Representative Robert Lighthizer said the administration will closely monitor Mexico’s labor standards when the U.S.-Mexico-Canada goes into force July 1. Enforcement is a key priority for House Democrats who demanded improvements to the deal so that shoddy labor practices to the south do not undercut American workers.

“We will take action early and often when there are problems,” Mr. Lighthizer told the House Ways and Means Committee.

Mr. Lighthizer said leading Chinese officials have publicly said they plan to buy the farm products they said they would as part of a phase-one trade deal, despite upheaval from the virus.

“I expect them to live up to the agreement,” Mr. Lighthizer said. “They have indicated they will.”

• Alex Swoyer contributed to this report. 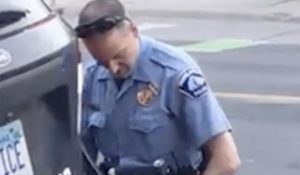 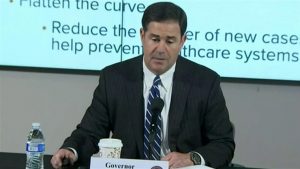