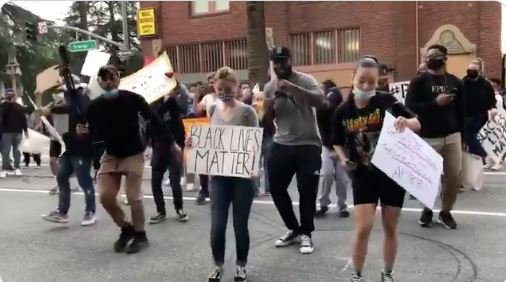 Filmmaker and journalist Ami Horowitz has published a new video of himself engaging with Black Lives Matter protesters in New York. In the video, Horowitz confronts them with data from the most comprehensive study on fatal police shootings, which shows that police don’t target black people.

While this ought to be considered good news, the protesters were having none of it.

All Stats Matter!
Data shows that the police don’t target black people.
So I went to a NY protest to share the good news!
SPOILER ALERT….it didn’t go well. pic.twitter.com/S8aJh5ac3I

“Do you think that black lives don’t matter?” another angry white girl asked. “Why are you even here?”

Another clip shows him asking a group of protesters if they care about the data.

“Did you hear us? We said f–k off!” came the response.

Another protester, a burly white dude, reacted with an arguably homophobic response. Others told Horowitz he wasn’t there “for the right purpose.”

Here’s what the study Horowitz was referring to says:

There is widespread concern about racial disparities in fatal officer-involved shootings and that these disparities reflect discrimination by White officers. Existing databases of fatal shootings lack information about officers, and past analytic approaches have made it difficult to assess the contributions of factors like crime. We create a comprehensive database of officers involved in fatal shootings during 2015 and predict victim race from civilian, officer, and county characteristics. We find no evidence of anti-Black or anti-Hispanic disparities across shootings, and White officers are not more likely to shoot minority civilians than non-White officers. Instead, race-specific crime strongly predicts civilian race. This suggests that increasing diversity among officers by itself is unlikely to reduce racial disparity in police shootings.

“Until now, there’s never been a systematic, nationwide study to determine the characteristics of police involved in fatal officer-involved shootings,” said study co-author Joseph Cesario, a professor of psychology at Maryland State University. “There are so many examples of people saying that when black citizens are shot by police, it’s white officers shooting them. In fact, our findings show no support that black citizens are more likely to be shot by white officers.”

“We found that the race of the officer doesn’t matter when it comes to predicting whether black or white citizens are shot,” Cesario added. “If anything, black citizens are more likely to have been shot by black officers, but this is because black officers are drawn from the same population that they police. So, the more black citizens there are in a community, the more black police officers there are.”

Did these protesters care about the data? Nope. For them, the narrative was more important than the data. They want to be angry at something, and they will cling to that belief with all their might because they believe their outrage puts them on a higher moral ground than other people.

Matt Margolis is the author of Trumping Obama: How President Trump Saved Us From Barack Obama’s Legacy and the bestselling book The Worst President in History: The Legacy of Barack Obama. You can follow Matt on Twitter @MattMargolis

Is There Really an ‘Epidemic’ of Racist Police Shootings? Several Studies Say No. 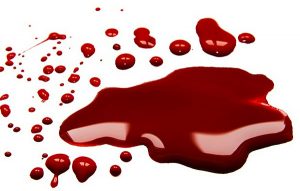 These are the police officers shot during the riots 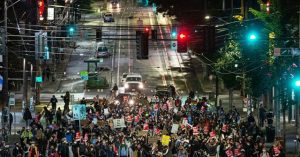