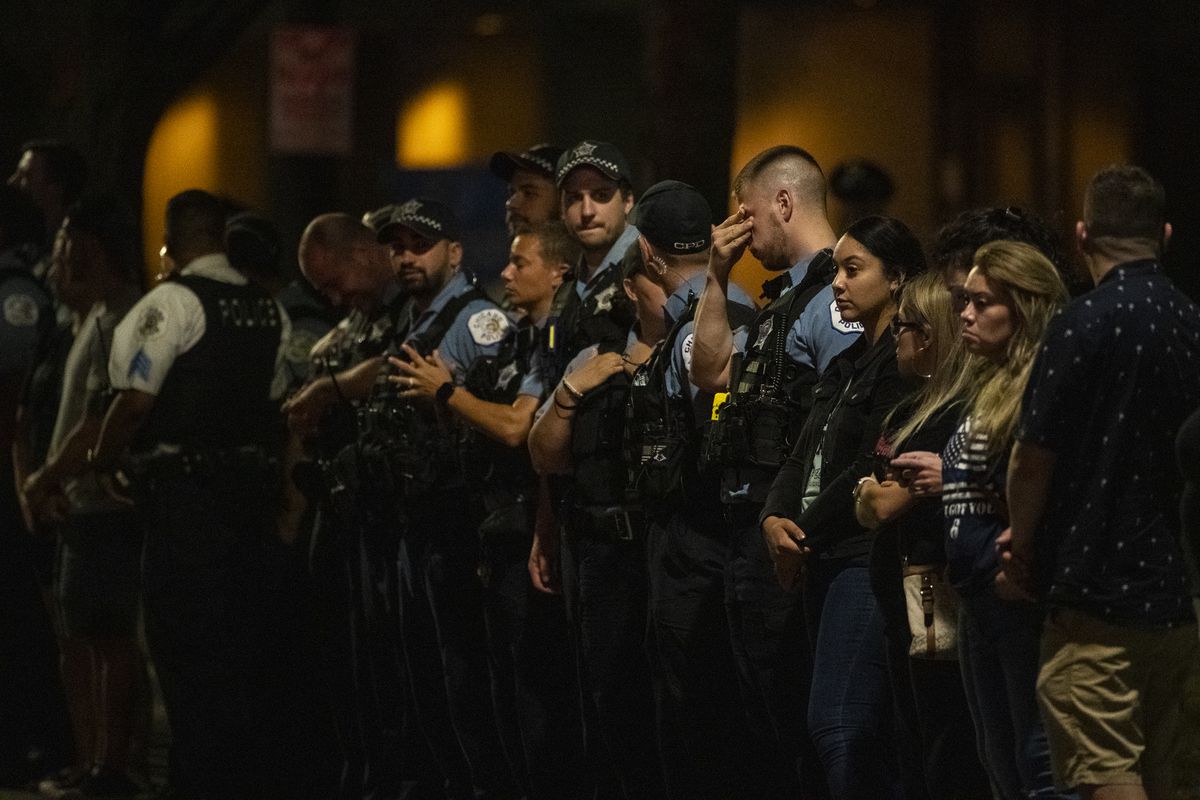 The search continued Sunday morning for the third suspect in the fatal shooting of a Chicago police officer and the wounding of another the night before.

Chicago Police Department Supt. David Brown is scheduled to speak to reporters Sunday morning to update them on the incident.

The wounded officer remained at University of Chicago Medical Center, where he was “fighting for his very life” in critical condition, according to First Deputy Eric Carter who talked to reporters outside the hospital early Sunday.

Both officers were shot during a traffic stop shortly after 9 p.m. at 63rd Street and Bell Avenue in West Englewood. They returned fire, hitting at least one suspect, police said.

The other officer, a woman, also had been taken to University of Chicago Medical Center, where she was pronounced dead, according to the Cook County medical examiner’s office.

“We ask the city of Chicago to pray for both officers, their families and their fellow officers who are struggling with the facts of this,” Carter said. “It’s just another example of how the Chicago Police Department and these officers put their lives above that of others to protect this city day in, day out.”

With him was Mayor Lori Lightfoot, who said “obviously our hearts ache for the loss of life.”

Lightfoot said the officer who died was “very young on the job, but incredibly enthusiastic to do the work.”

“We must remind ourselves every day that our officers are fearless in the face of danger,” she said. “It’s a very sad and tragic day for our city.”

Brown had been out of town Saturday to finalize details of his mother’s funeral, but released a statement.

“The Chicago Police Department has lost one of our own in an incomprehensible act of violence,” Brown said. “These officers put the safety and lives of others above their own, serving with courage and honor despite knowing the cost.”

Two suspects were taken into custody shortly after the shooting, according to police communications from the scene. The one who was wounded was taken to Christ Medical Center in Oak Lawn. His condition was not known.

A third suspect, a woman, was being sought by police late Saturday. At least least one weapon was recovered at the scene, Carter said.

Some of the first police calls from the scene described one officer being shot.

“Stay off my air, stay off my air,” the dispatcher continues, asking for no unnecessary calls on the channel. ”Everybody stay off the air, I got an officer down, 6-3 and Bell, start rolling.

About a block from the shooting, neighbors looked out cautiously from their front yards on what one resident said was a “quiet block.”

“Be careful, they’re still looking for someone,” a woman warned a neighbor as she walked by.

Dozens of officers could be seen patrolling the neighborhood and blocking streets in the area while a police helicopter flew overhead.

Officers tied blue ribbons to trees shortly before midnight near the medical examiner’s office in preparation for a procession to bring the officer who died to the morgue.

Outside the medical center, a large crowd of police officers gathered outside an ambulance bay. They included city, county and state police officials and supporters.

Some in the crowd held a group prayer and others hugged each other and engaged in hushed conversation. Water bottles were passed out by police personnel wearing jackets that read “Peer Support.”

The last Chicago Police officers who died in the line of duty were Conrad Gary and Eduardo Marmolejo, who were chasing a man with a gun on the Far South Side when they were struck by a train and killed in December of 2018.

The last officer shot to death in the line of duty was Samuel Jimenez, who was killed just a month earlier while responding to a shooting at Mercy Hospital. Three other people died, including the gunman. 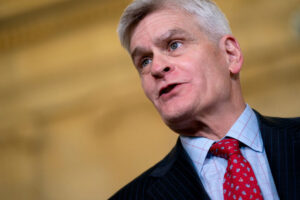 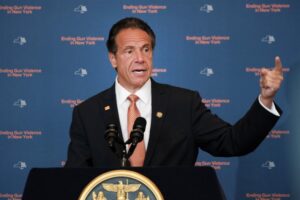