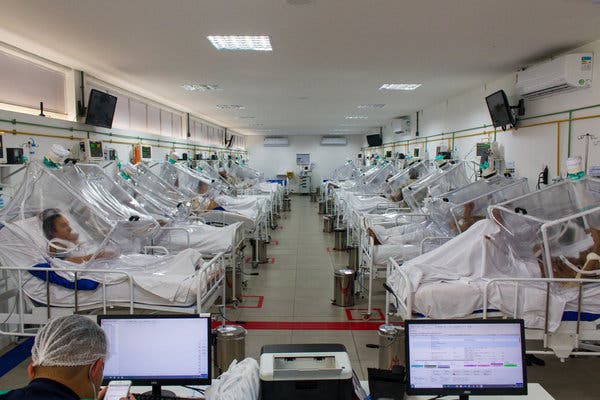 LONDON — Two months ago, when there were roughly one million confirmed coronavirus cases and the primal politics of survival was sweeping the world, shutting down was the order of the day.

This week, the number of cases soared past seven million, with 136,000 new infections detected on Sunday alone, the highest single-day total since the pandemic began.

The order of the day? Reopening.

Terrified after watching economies built over the course of decades hollow out in a matter of weeks, countries seem to be saying, in effect: Enough.

For health officials who have been watching the virus with alarm as it began claiming a foothold in continent after continent, it is a dizzying moment.

“This is not the time for any country to take its foot off the pedal,” Tedros Adhanom Ghebreyesus, the director general of the World Health Organization, warned at a news conference in Geneva this week. The crisis, he said, is “far from over.”

While infection rates in the hardest-hit cities in United States and Europe may have slowed, the virus remains deeply woven into the fabric of the world. Indeed, the global peak of infection may still be months away.

In the absence of a vaccine or even effective treatments, the only proven strategy against the coronavirus to date has been limiting human contact. Cities around the world have done just that, reaping the benefits as new infections dwindled and then gingerly lifting movement restrictions.

But it is not that simple. In the longer term, as outbreaks wax and wane, public health officials say, there might need to be a period of repeated closings and openings. And that could prove a much harder sell.

Amid economic pain unlike anything seen in generations, there simply may not be the same political will, or even desire, to shut things down again. And while the public largely went along with restrictions (which were often not really enforceable on a wide scale, in any case), it remains to be seen if citizens would be so accommodating a second time around.

The virus itself is certainly anything but accommodating. It is now spreading exponentially in parts of the developing world where fragile health care systems may soon be overwhelmed if the numbers continue to spike.

On Tuesday, the United States’ top infectious disease expert, Dr. Anthony S. Fauci, delivered a grim assessment — he described Covid-19 as his “worst nightmare” — and a warning. “In a period of four months, it has devastated the whole world,” Dr. Fauci said. “And it isn’t over yet.”

Of the 136,000 new cases reported on Sunday, three-quarters of them were in just 10 countries, most in the Americas and South Asia. They include India, Brazil, Mexico and South Africa.

The Pan American Health Organization on Tuesday painted a dire picture for Latin America and the Caribbean. The crisis, said the organization’s director, Dr. Carissa F. Etienne, “has pushed our region to the limit.”

It is spreading swiftly in some countries ruled by leaders who are used to suppressing information to shape the public narrative.

In Russia, Moscow lifted its lockdown orders this week even as the number of detected infections continued to climb steadily.

In Brazil, President Jair Bolsonaro’s government took another approach: It decided to stop reporting the cumulative toll of the virus altogether.

And in Mexico, the government is not reporting hundreds, possibly thousands, of deaths in Mexico City. It has dismissed anxious officials who have tallied more than three times as many fatalities in the capital than the government publicly acknowledges, according to officials and confidential data.

Mexico’s president, Andrés Manuel López Obrador, has struggled to balance a response to the coronavirus with the economic needs of a country in which over half of the population lives hand-to-mouth, working informal jobs, without a safety net.

Now, Mexico is starting to bustle again as the country gradually reopens.

Even some countries that moved against the virus head on are losing ground. Among them is India.

“There will be a total ban of coming out of your homes,” Prime Minister Narendra Modi told his citizens on March 24. “Every state, every district, every lane, every village will be under lockdown.”

The ambition was staggering. India is a country of 1.3 billion, and hundreds of millions of its citizens are destitute, with countless millions living in packed urban areas with poor sanitation and weak public health care.

Despite the swift action, the country is now grappling with a sharp surge of infections.

In just 24 hours, India reported 10,000 new cases, for a total of at least 266,500, surpassing Spain to become one of the five countries with the highest caseloads. Public health experts are warning of a looming shortage of hospital beds and doctors.

But this week, Indians can once again dine out, shop and pray at religious sites.

Manish Sisodia, a government official in New Delhi, warned that the capital was likely to have 500,000 coronavirus cases by the end of July, based on the current rate of infection.

Rajnish Sinha, the owner of an event management company in Delhi, was able to secure space for his 75-year-old father-in-law on a stretcher in a missionary hospital only after an eight-hour search. He tested positive for the coronavirus on Tuesday.

“This is just the beginning of the coming disaster,” Mr. Sinha said. He said, “Only God can save us.”

In Latin America, cases are surging both in countries that took early isolation measures, like Peru and Bolivia, and in those that ignored many public recommendations, like Brazil and Nicaragua.

Governments, forced to choose between watching citizens die of the virus or watching them die of hunger, are loosening lockdowns.

“We go to bed without eating, giving nothing to our children,” said María Camila Salazar, 22, a mother of two who lives in Medellín, Colombia’s second-largest city.

Ms. Salazar and her family, like millions across Latin America, collect cardboard, glass and plastic for a living, selling it by the kilo. Their buyers closed amid the country’s lockdown, just as she gave birth to her second child.

In South Africa, health officials recorded more than half the country’s current cases in the past two weeks alone. With 51,000 confirmed cases, it has the most in Africa.

“Like many South Africans, I, too, have been worried as I watch these figures keep rising,” President Cyril Ramaphosa wrote in his weekly letter to the nation.

Still, the country is reopening, and most members of South Africa’s work force have now returned to their jobs.

Mr. Ramaphosa said the lockdown had achieved the goal of giving hospitals time to prepare, an assertion that may be tested in coming days.

It appears clear that the playbook for slowing the spread of the virus used in Western Europe and the United States may not work everywhere. Societies with informal economies simply cannot enforce lockdowns without running the risk of societal collapse.

But even those countries that have made progress after being hit hard by the first wave of the virus are by no means out of the woods. Social-distancing rules in many places — and adherence to them — remain haphazard, little match for the most basic of human desires: to connect. 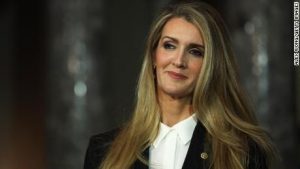 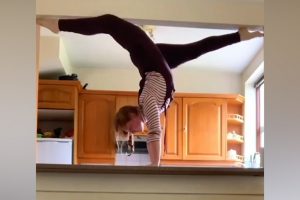 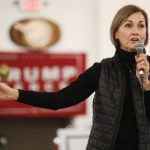