The U.S. now has more job openings than any time in history 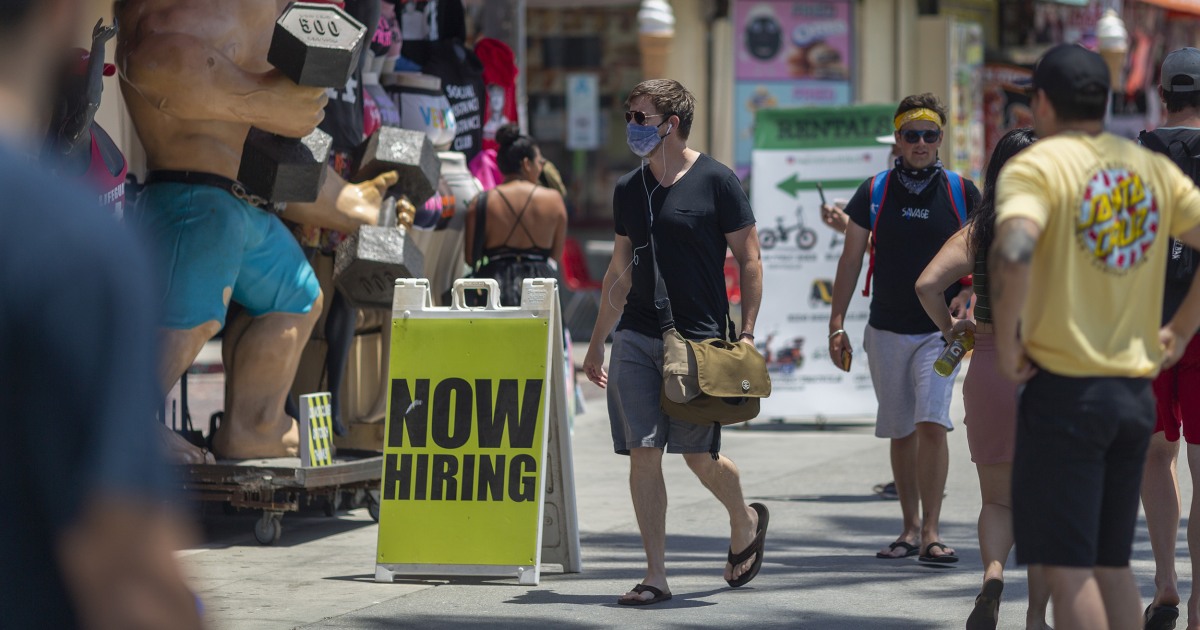 In another drastic reminder of just how fundamentally the pandemic has distorted the labor market, the number of open jobs soared to a record 10.1 million in June, according to the latest monthly data from the Bureau of Labor Statistics’ Job Openings and Labor Turnover Summary. As the economy rebounds — even while the delta variant of the coronavirus is spreading in poorly vaccinated parts of the United States — businesses are scrambling to add staff.

“This adds an exclamation point or two to the sense of urgency employers are feeling,” said Mark Hamrick, chief financial analyst at Bankrate.

“The economy is reopening. Unfortunately, because of the supply-demand imbalance, with so many businesses opening up, the demand has exploded, whereas the supply will take longer to catch up,” said Sam Stovall, chief investment strategist at CFRA Research.

The previous record of 9.3 million jobs was set just two months earlier in April, and the June figure far and away topped the 9.1 million average expectation among economists surveyed by Dow Jones.

The number of people who quit their jobs — used by economists as a sort of proxy to gauge worker confidence — rose to 3.9 million in June, hovering near the record of 4 million set in April. Hiring rose to 6.7 million, up from 5.9 million in the month before. Demand for workers was highest among employers in business and professional services, retail trade and hospitality — food service and accommodations — businesses. Regionally, the South had the most activity, with both the number of jobs as well as the number of people quitting jobs increasing.

On the flip side, layoffs notched a record low of 1.3 million. “That tells us the people who accept a job are sticking with a job. It could be that more and more companies are increasing salaries in order to attract and retain their employees. If people are making a better wage, a living wage, then they’re more likely to stick with it,” Stovall said.

Economists and market strategists characterize the data as somewhat of a good-news, bad-news dichotomy: The demand for employees is pushing up wages, especially for the lowest-earning workers, and the backlog of positions suggests robust demand for both goods and services will be able to sustain a continued recovery in the labor market. The BLS said on Friday that there are still 9.2 million people that fall into the Labor Department’s “U-6” category, which includes unemployed workers as well as people working part-time who want full-time work, as well as those the Department characterizes as “marginally attached” to the workforce — a broader measure than the headline unemployment figure that many economists consider to be a better measure of labor market strength.

The down side of this sudden surge in demand for workers is that same wage increase, which is hitting businesses already contending with higher input costs. While several specific niches — used cars is one prominent example — of goods have been giving consumers sticker shock lately, economists say the inflationary pressures that are pushing up prices are driven largely by scrambled supply chains, and shortages of critical components that increase companies’ expenses.

“We know that the biggest irritants with respect to inflation lately have been more related to supply constraints,” Hamrick said, although he added that these cost pressures might be easing for some kinds of companies. “We do see some dominos falling… gasoline may be peaking, we already turned that corner on lumber.”

On the other hand, economists suspect we haven’t yet seen the full impact of higher wages on prices. “More of the hard components, as opposed to labor, are really factoring into inflation,” said Aoifinn Devitt, chief investment officer at investment advisory firm Moneta. “In terms of upward pressure on wages… I’d say it has yet to peak,” she predicted. “I see it as pretty close to the peak.”

Any hurdles in fully reopening schools for in-person learning could jeopardize a reversion to normalcy for the businesses under pressure to fill jobs.

“Recent data suggest there is much less labor slack than what is implied by the unemployment rate. If worker shortages persist, wages will be poised to rise further, and even more government spending will serve as an additional accelerant,” Joseph LaVorgna, managing director and chief economist of the Americas at Natixis, said in a research note. “It appears that a further recovery in the labor market is on the horizon. However, it may come with upside inflation risk,” he said.

Some think this is already taking place. Jay Hatfield, portfolio manager at Infrastructure Capital Management, suggested that accommodative monetary policy and trillions in fiscal stimulus has already pushed the economy into overheating, and that the more than 10 million job openings at the end of June is evidence of that. “The job opening number is also exacerbated by supplemental pandemic unemployment programs that disincentivize going back to work,” he said.

This is a point of contention among labor economists and policymakers, some of whom argue that a dearth of child care and a fear of the coronavirus are more influential factors keeping workers on the sidelines.

“I think for a lot of the people, the problem is they can’t find appropriate child care. Possibly, the reopening of schools next month will alleviate a lot of that concern,” Stovall said.

Although optimistic, Stovall added that this suggests any hurdles in fully reopening schools for in-person learning could jeopardize a reversion to normalcy for the businesses under pressure to fill jobs. As always, the coronavirus remains the biggest X factor. “If the delta variant causes more concerns from the school systems, from the parents… then I think that the supply demand curve will take longer to get to equilibrium,” he said.

Aside from keeping workers out of the loop for longer, a resurgent virus could have a ripple effect distorting labor demand, said Nick Bunker, economist at Indeed.com. “If there’s a slower return to in-person offices, that could slow progress on the attendant jobs depending on downtown business districts,” he said.

“There is the short-term concern about the delta variant. I think there’s a possibility that this wave of the virus could weigh both on labor supply and labor demand,” Bunker said. “We could see a slowdown in that situation, as there is maybe more hesitancy among some people to go to restaurants, to go to large social gatherings or [patronize] other types of businesses that involve large amounts of people being together,” he said.

‘This Is A Sophisticated, Vaccinated Crowd’ Says NYT Reporter In Defense Of Obama’s Maskless Birthday Party 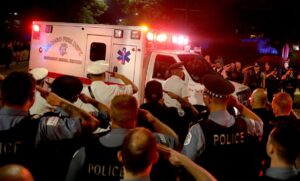