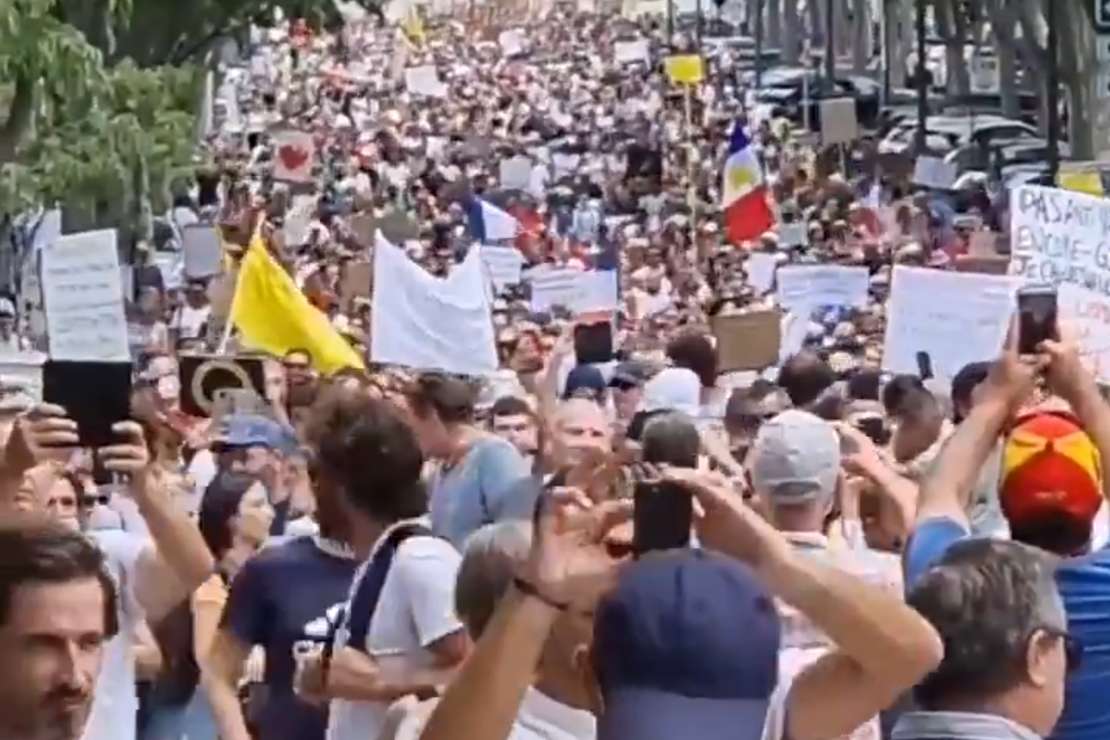 An estimated 250,000 Frenchmen marched in several cities protesting the COVID-19 health passes that all Frenchmen will need to access cafes, restaurants, and airports starting Monday.

It’s the fourth week of protests that have been growing in numbers and intensity as the government looks to impose a vaccine mandate to fight the Delta variant.

With French riot police on guard, a largely peaceful crowd walked across Paris carrying banners that read: “Our freedoms are dying” and “Vaccine: Don’t touch our kids.” Some were also upset that the government has made COVID-19 vaccines mandatory for health care workers by Sept. 15.

Dozens of street protests took place in other French cities as well, including Marseille, Nice and Lille. The French Interior Ministry said there were 237,000 protesters nationwide, including 17,000 in Paris.

The French have always seen themselves as guardians of individual rights, and the vaccine passport strikes at the heart of that self-image.

Muriel, 55, a Parisian who declined to give her last name, told The Associated Press that she especially protests “the disguised mandatory vaccination … it’s an incredible blow to our fundamental freedoms.”

“Here, you don’t have COVID, but you have rage!” Philippot told the crowd, calling for a boycott of places requiring the pass.

Most other EU nations will require some kind of vaccine passport or proof of vaccination before citizens will be allowed to enter their country.

Over 36 million people in France — about 54% of the population — are fully vaccinated. At least 7 million have gotten their first vaccine shot since Macron announced the health pass requirement on July 12.

A growing number of European countries have implemented virus passes, each with different rules.

What about in the U.S.? There is not likely to be vaccine “mandates” — at least, they won’t call them that. Nor will there be federal “vaccine passports,” though New York City is imposing one and New Jersey is hinting it may follow suit. In some places, you won’t be able to get a concert ticket or a ticket to a ballgame without proof of vaccination or a negative test. Some employers won’t let you work in an office without being vaccinated. Many bar and restaurant owners won’t let you eat or drink at their establishment unless you have proof of vaccination. There won’t be mandates enforced by the federal government but the government will make it very difficult for businesses to operate unless they cooperate.

We are creating a two-tiered society — the vaccinated vs. the unvaccinated. This is why mandates and passports are such a horrible idea and why the French protests may begin to get more violent once the passport rules go into effect. 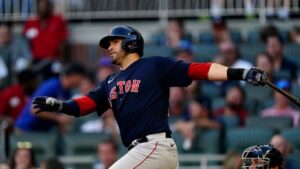 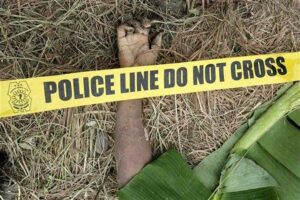