Stabilized Notre-Dame Cathedral Is on Track for 2024 Reopening, Officials Say 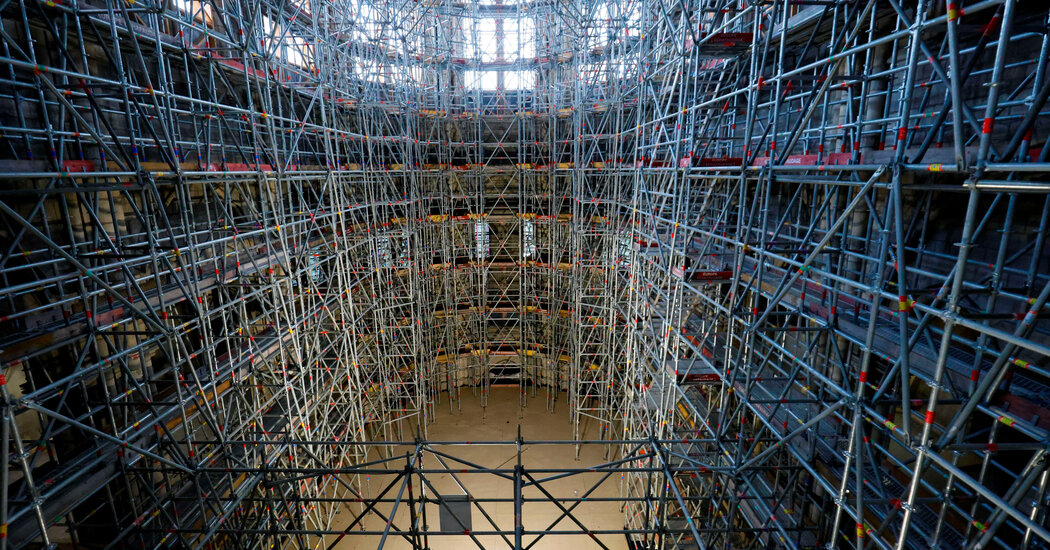 The restoration effort is seeking to meet President Emmanuel Macron’s ambitious plan to reopen the cathedral five years after it was ravaged by a fire — just in time for the 2024 Olympics in Paris.

Two and a half years after a fire ravaged the centuries-old Cathedral of Notre-Dame in the heart of Paris, the building has been secured enough to start the rebuilding process, which is expected to be completed in 2024, according to the French authorities.

Stabilizing the 850-year-old cathedral was a daunting task, as the French authorities had to dismantle scaffolding and clear the debris that lay heaped on the floor, among other tasks, Gen. Jean-Louis Georgelin, a former army chief of staff whom President Emmanuel Macron placed in charge of the restoration, said on Saturday.

“We’re officially saying that the cathedral is now saved, that it’s solid on its pillars, that its walls are solid,” General Georgelin, who leads the government’s Notre-Dame restoration task force, told the French broadcaster BFM-TV.

The task force, called Rebâtir Notre-Dame de Paris, or Rebuild Notre-Dame, said in a statement on Facebook on Saturday that the cathedral was on track to reopen in 2024, meeting Mr. Macron’s ambitious five-year deadline to open the Gothic landmark the same year that Paris was set to host the Summer Olympics.

The rebuilding work is expected to begin in the next few months, the statement said.

Friends of Notre-Dame de Paris, an organization helping to restore the cathedral, is seeking donations to restore dozens of the cathedral’s gargoyles, statues and paintings.

The world watched the events of April 15, 2019, as it would a slow-motion horror film, as the flames consumed the cathedral attic before tearing through the roof and up the iconic spire, which toppled down into the vaults below. The cathedral, an irreplaceable symbol of French heritage, came dangerously close to collapsing, a New York Times investigation found.

Donations for the restoration poured in from around the world, including from some of France’s wealthiest families. In the days after the fire, individuals, companies and institutions had donated or pledged 845 million euros, about $950 million, to rebuild the damaged cathedral, a jewel of Gothic architecture.

The restoration set off a flurry of arguments over the cathedral’s new design. Last year, Mr. Macron dropped his unpopular idea of building a modern spire atop the cathedral.

Investigators haven’t yet said what caused the fire, but they have focused on two theories: a short-circuit near the spire, and negligence by workers carrying out renovations, a theory fueled by the discovery of cigarette butts on the scaffolding.

Notre-Dame’s safety planners have been criticized for misjudging how quickly a flame could ignite and spread through the cathedral.

The fallout from the fire wasn’t limited to the cathedral itself. Another Times investigation found that the billowing smoke emanating from the cathedral carried its own hidden danger: enormous quantities of lead that scattered throughout the streets and parks of Paris, according to government reports.

The cathedral, where 13 million visitors used to crowd every year, is still closed to the public. 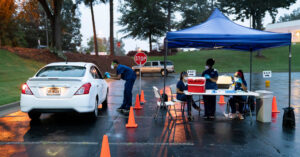 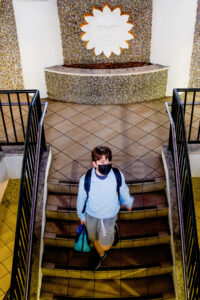 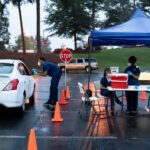 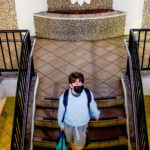 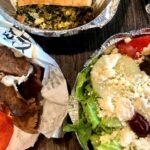 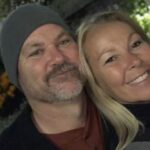 After 169 hospitals, a dad finally got the Covid-19 care he needed — and changed dozens of skeptics' minds