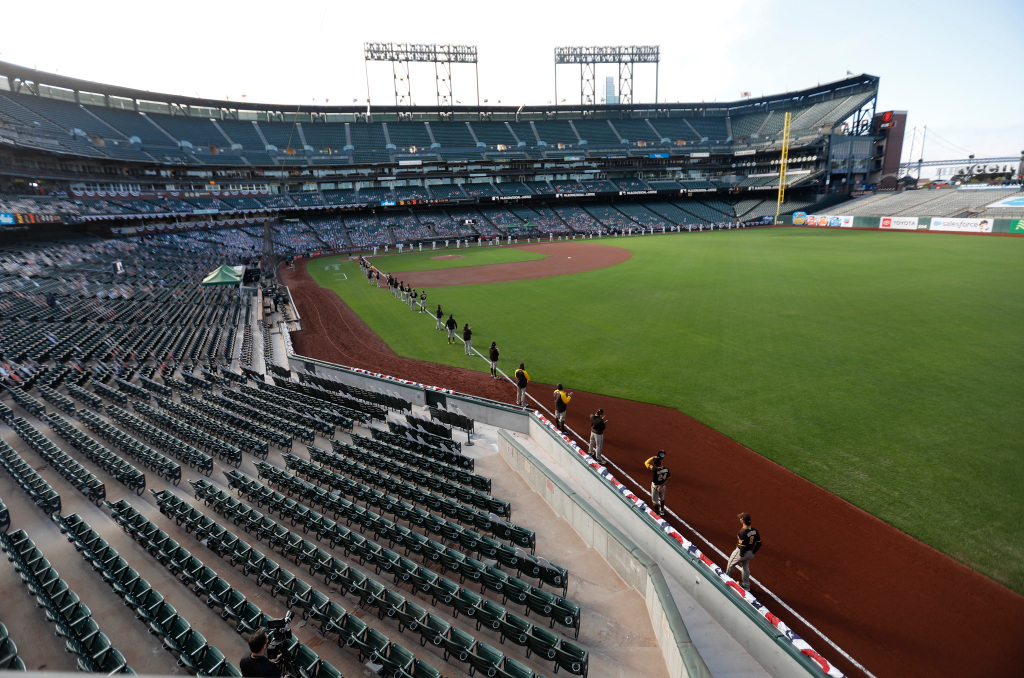 SAN FRANCISCO — Before playing “The Star Spangled Banner” ahead of their home opener at Oracle Park Tuesday, the San Francisco Giants played an a cappella rendition of “Lift Every Voice and Sing,” which is commonly known as the Black national anthem.

In a video that played on NBC Sports Bay Area, Giants public address announcer Renel Brooks-Moon introduced the Stanford Talisman, an a cappella group dedicated to sharing stories through song, to perform “Lift Every Voice and Sing.”

The group performed the song, which was written as a poem by James Weldon Johnson in 1900, over a video conference call.

During pregame ceremonies at Oracle Park, the Giants also held a moment of silence for C.T. Vivian and John Lewis, a pair of iconic civil rights leaders who died this month.

Due to a scoreboard malfunction at Oracle Park, all videos expected to play during pregame ceremonies became audio-only productions.

Videos including one voiced by Giants broadcaster Mike Krukow welcoming fans to the 2020 season and another asking fans to join members of the Giants organization in ending racism were heard by players and coaches on the field.

The video calling for fans to join the Giants in ending racism was voiced by Brooks-Moon, president of baseball operations Farhan Zaidi, manager Gabe Kapler and outfielders Mike Yastrzemski and Jaylin Davis.

“We must stand with the entire Black community to end racism,” Kapler said in the video.

The Giants also played the audio portion of a video of a ceremonial first pitch featuring Mayor London Breed. Breed was not inside of Oracle Park to throw a first pitch Tuesday, but she stood on the mound and delivered the pitch in a pre-taped video. 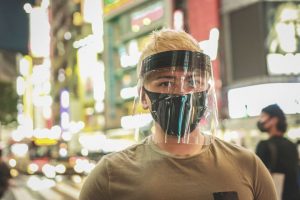 Are Face Shields Better Than Masks For COVID-19? Here’s What Experts Say.