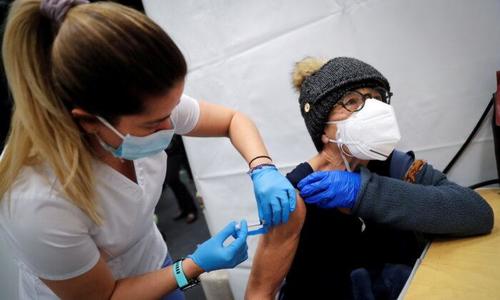 It’s a new normal managed and controlled by some of the worst people (Politicians) the world has ever seen. Right from March 2020 I have believed that Fauci,Trump in the United States, and Whitty in the UK have been operating not on behalf of the people they are paid to care for but by the cabal now intent on the sort of world domination previously associated with villains in James Bond films.

Earlier in the week Biden suggested that those who are yet to be vaccinated are “sowing enormous confusion.”

“We have a pandemic because of the unvaccinated, and they’re sowing enormous confusion,” Biden said.

“And there’s only one thing we know for sure, if those other 100 million people got vaccinated, we’d be in a very different world. So get vaccinated. If you haven’t, you’re not nearly as smart as I said you were.”

And now he has gone to ’11’ on the ‘your body, no choice’ amplifier, saying tonight that he’ll require federal workers to prove they’ve been vaccinated against Covid-19 or wear masks and submit to frequent coronavirus testing.

Additionally, the rules will cover millions of federal workers, including the military and on-site contractors.

“What I’m trying to do is keep people safe,” Biden said Thursday at the White House.

“If in fact you’re unvaccinated, you present a problem to yourself, to your family and to those with whom you work.”

Biden also asked his team to take steps to apply similar standards to all federal contractors and encourage private sector employers to follow the same approach.

Remember last year when he said he would not advocate mandatory vaccines?

I’m old enough to remember when @potus told us he wouldn’t make masks or vaccines mandatory.

There’s just one thing… the federal worker mandate does not apply to postal workers?

Confirmed @USPS 570,000 employees are not covered by @POTUS directive on COVID-19 vaccines/testing for federal employees but being encouraged to follow suit— davidshepardson (@davidshepardson) July 29, 2021

What do postal workers know about the science that Biden doesn’t? We don’t know, but dare we mention it could be related to the 220,000-member strong union’s leaders waiting to be negotiated with.

The American Postal Workers Union (APWU) has said that it opposes mandatory COVID-19 vaccinations, amid reports that the White House is considering so-called vaccine passports as a condition of employment for federal employees.

The union, which represents over 220,000 postal workers, released a statement late Wednesday saying that while it will encourage postal workers to get vaccinated against COVID-19, the disease caused by the CCP (Chinese Communist Party) virus, it is “not the role of the federal government to mandate vaccinations for the employees we represent.”

“Issues related to vaccinations and testing for COVID-19 in the workplace must be negotiated with the APWU. At this time the APWU opposes the mandating of COVID-19 vaccinations in relation to U.S. postal workers,” the statement said.

The APWU released its statement a day after President Joe Biden said that the White House is considering mandating the COVID-19 vaccine for all federal workers.

“That’s under consideration right now,” the president said Tuesday when pressed on the issue on a trip to McLean, Virginia.

Critics of the measure argue that the three COVID-19 vaccines currently available in the United States have not yet received full approval from the Food and Drug Administration pending the safety and efficacy results of the ongoing phase three trials.

Vaccines from Pfizer-BioNTech, Moderna, and Johnson & Johnson are currently being administered in the United States under emergency use authorization (EUA), meaning that vaccine manufacturers aren’t held liable for any injury, including death, that their COVID-19 vaccine may cause.

And finally, in case you wondered where this goes next? Lockdowns are not off the table…

BREAKING: The Biden administration indicates they are open to returning to lockdowns. pic.twitter.com/lcj66Fggkz— (((Jason Rantz))) on KTTH Radio (@jasonrantz) July 29, 2021

But, wear your mask, because “science.”

It is a basic principle of our identity and freedom as human beings that we can question authority, rules, orders, laws, regulations and so on. If we don’t have that right then we aren’t free and we have lost our identity as free men. We are slaves, godless…

The Biden administration on July 29 stated that federal workers and contractors will have to show proof of vaccination against COVID-19 or else wear masks, engage in social distancing, and submit to regular COVID-19 testing.

“Right now, too many people are dying or watching someone they love die and say if ‘I’d just got the vaccine,’” President Joe Biden said in the East Room of the White House. “This is an American tragedy. People are dying who don’t have to die.”

In a statement released by the White House, the administration said the new rules were laid out because of the Delta COVID-19 variant.

“Anyone who does not attest to being fully vaccinated will be required to wear a mask on the job no matter their geographic location, physically distance from all other employees and visitors, comply with a weekly or twice weekly screening testing requirement, and be subject to restrictions on official travel,” the White House stated in a fact sheet.

Those rules, according to the White House, apply also to onsite contractors who work with the federal government. The Biden administration will also recommend the same model to employers across the United States.

Along with the new federal government requirements, the White House stated that Biden would direct the Defense Department to investigate “how and when” it will require military members to take the vaccine.

“As a large employer, the largest in this country, who cares about individuals who keep the government running, we have an obligation to be good stewards of the work force and ensure their health and their safety,” White House spokeswoman Karine Jean-Pierre told reporters on July 29.

The United States has around 2.18 million civilian employees and 570,000 other employees who work for the U.S. Postal Service, according to federal data. It isn’t clear if the Biden administration will apply the mandate to Postal Service workers.

The American Postal Workers Union (AWPU) stated this week that it opposes the administration’s vaccine mandate, arguing that it isn’t the role of the federal government to mandate vaccines or other testing measures.

“Maintaining the health and safety of our members is of paramount importance. While the APWU leadership continues to encourage postal workers to voluntarily get vaccinated, it is not the role of the federal government to mandate vaccinations for the employees we represent,” the union’s statement reads.

“Issues related to vaccinations and testing for COVID-19 in the workplace must be negotiated with the APWU. At this time the APWU opposes the mandating of COVID-19 vaccinations in relation to U.S. postal workers.”

Brian Rothenberg, a spokesman for the 397,000-member United Auto Workers, told The Associated Press that while the union encourages workers to get vaccinated, it’s against mandates because some people have religious or health concerns. Larry Cosme, the head of the Federal Law Enforcement Officers Association, which represents 30,000 federal officers and agents, stated that the shots shouldn’t be compelled although the union supports vaccines.

The administration’s announcement, meanwhile, comes after the U.S. Centers for Disease Control and Prevention (CDC) issued guidance this week recommending vaccinated and unvaccinated individuals wear masks in high-transmission areas. Throughout the pandemic, the CDC has stated that people should wear masks, but in May stated that unvaccinated individuals don’t need them before it reversed course several days ago.

Some of the nation’s biggest companies have moved to require vaccinations for their employees. Big tech firms such as Facebook and Google announced that employees would have to show proof they’ve been fully vaccinated before returning to work.

About 60 percent of American adults have been fully vaccinated to date. Biden had set a July 4 goal to get at least one COVID-19 shot in 70 percent of adults. The latest figure is about 69 percent.

God Has Taken Note of the People’s Inability to Control Our Ungodly Politicians That Have Intentionally Turn This Nation Into a Godless Hell on Earth Sewer Pit, Filth Is Now a Badge of Honor, Homosexuals Having Parties in the People’s House in DC, Perverted Politicians Prefer Children for Sex Partners and We Looked the Other Way — the People Have Allowed This Agenda for Far Too Long. the Day of Reckoning Is Upon Us and It Will Not Be Pretty, Tribulations Will in Fact Be Painful…

Wonder how many US Covid hospitalizations were only diagnosed post-admission, keeping in mind of course that US hospitals are paid more for Covid patients under the CARES Act. 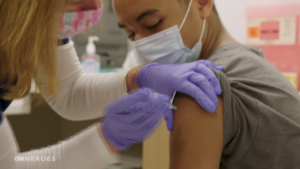 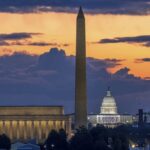 What's the Real Threat to Democracy? Hint: It's Not the Capitol Riot 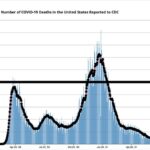 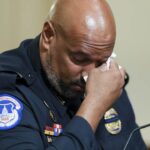